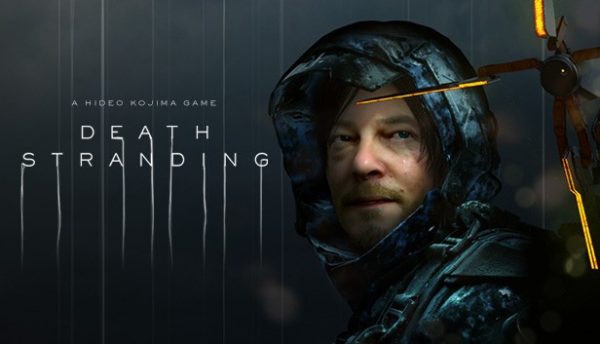 Let me first state that I’m glad that I am reviewing the PC release of Death Stranding and not the original 2019 PS4 launch of the title because on paper this game is a hard sell. When your elevator pitch is “walk a lot while caring for a baby that cries frequently” you need to have a mountainous amount of innovation behind you to justify it. Thankfully, Death Stranding delivers in droves and my job is made easier by the heaps of accolades lauded on the title. I scoffed at Hideo Kojima when he had claimed he was creating a new genre and a game unlike anything experienced before but by the time I rolled into chapter three all I could say was “the crazy bastard was right”.

The simplistic concept of delivering packages seems like a chore when first setting out on your journey. You walk to an area, find the item you need and make your way to it’s destination. But when the game is asking you to control the way you lean, carry your cargo in a way to keep your center of gravity neutral and tracking your stamina usage over unbalanced terrain and through rushing water you notice that there was a careful amount of consideration given to the most banal of tasks in the game. I initially saw gameplay as a barrier between story beats but as I neared the end of my first playthrough the tables had turned all the way around.

Progression is masterfully handled in an organic way by giving you new tools and vehicles to traverse the beautifully rendered post-post-apocalyptic landscape. Proper loadout planning and tool usage can turn any delivery from near-certain death into a leisurely stroll. Placing bridges and building roads transforms excruciating areas that could take an hour or longer to surmount to areas you just breeze through. With each new settlement added to the chiral network the game lays bare it’s most ingenious game mechanic: collaboration.

In Death Stranding, Kojima Productions nails home a sense of isolation as you trudge upon a path with no one at your side but a baby that’s seen more as a tool than a human. Yet through the collaboration you have anonymously with other players you get the sense that you’re not alone in this world. And I’m not referring to Sam Bridges but you, the player. The only real thing I can compare the Stranding feature in this game to is the passive multiplayer elements of the Souls series of games by Fromsoft. Finding an abandoned vehicle when you need one most or coming across a player created bridge that seems out of place but you realize is there to cover a stretch of ground notorious for BTs felt like spotting a message left to denote a false wall or seeing a ghost run past you.

Even ridiculous gameplay elements such as the Timefall where rain causes aging and decay at a rapid pace seem like it was purely put into place to make simulate how much more difficult traversal is in the rain. It’s hard to replicate stamina lose from walking in mud as opposed to just dirt or that each step takes more effort when your clothes are drenched and it’s adding weight just by the nature of rain but justifying it through some ridiculous science fiction notion of age-rain removes the burden of translating walking through a storm into gameplay.

Speaking of ridiculous science fiction I have to address the narrative of Death Stranding, Thankfully as the game has been in the wild for eight months now I won’t sound like a madman trying to allude to the plot without spoiling it. The plot is quite simply a mess and intentionally obtuse until the late stages but thankfully the gameplay loop is so compelling that it will keep you hanging on when the story seems it’s doing it’s best to try and alienate you. That’s not to say I didn’t like the story as I found the weaving of narratives and the use of each chapter to flesh out a different ancillary character as you progress enjoyable. The cast is well put together and lends a substantial amount of depth into the world Sam inhabits.

The performances in Death Stranding are monuments to Kojima’s lifelong obsession with film. Through both the motion capture and voice work from actors such as Norman Reedus and Mads Mikkelsen emotion is conveyed in every scene, even if you may find yourself lost as to why that emotion is being portrayed. At times you feel as though Kojima is a film director relegated to video game design but trying his damnedest to show the world he’s ready to helm a Hollywood blockbuster. As pretentious as it can seem at times the artistry speaks for itself.

Death Stranding is an absolutely gorgeous game. I first played it on a PS4 Pro and it looked just as breathtaking on my PC. Admittedly my rig isn’t anywhere near the top of the line so I can’t say it looked any better for me but from my time with the game I can only imagine that it can be the new standard for PC graphics on a machine with a considerable GPU. I noticed no performance issues running on medium and assume that the same can be said for playing it at a higher fidelity. The added content in this edition was welcome, even if you should view it more as easter eggs than as a riveting excuse to buy a second copy if you have already played through it on your PlayStation.

The greatest thing about the Steam release of Death Stranding is that it gives a wider audience the chance to play what was undoubtedly my favorite game of last year. It’s a technical marvel, a beautiful experience and quite honestly it seems more relevant now than it was the day it was launched. If you haven’t had the opportunity to enjoy this game I implore you to put Kojima’s silly notions that Western gamers can’t appreciate it aside and dive into it as soon as you can.

Cons:
– Plot may lose you before it finds it’s footing
– Magical canteen that transforms water into Monster Energy™