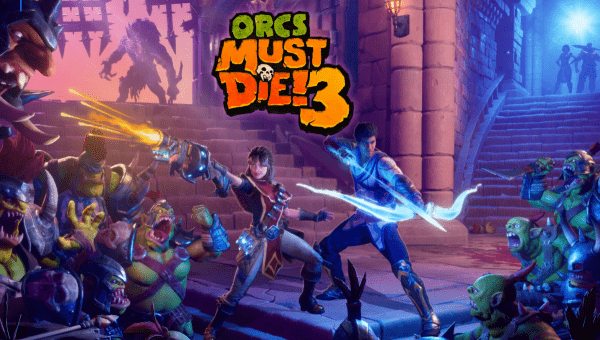 Orcs Must Die is a series that has garnered love from a small set of devoted fans with it’s combination of third-person action, trap setting and tower defense gameplay. I personally had never played one but as I started into Orcs Must Die 3 I found myself questioning why I had never looked into the series before. As a fan of Tecmo’s Deception series it seemed like a perfect fit to fill the hole left behind. But is this the killer app that Stadia has needed to cement itself as a serious gaming platform? That’s what I was determined to find out.

The first thing that stuck out to me as I embarked on my quest to destroy as many orcs as possible is that the story seems like nothing more than a flimsy way to tie levels together. That’s not necessarily a bad thing, but considering how little there is to it and how often you’ll be replaying maps it seems to get in the way more than anything else. There’s two apprentices, a teacher who I guess was evil the first game and flashback sequences that really only set a stage and nothing more. But no one is here for the lore, we’re here to kill orcs. 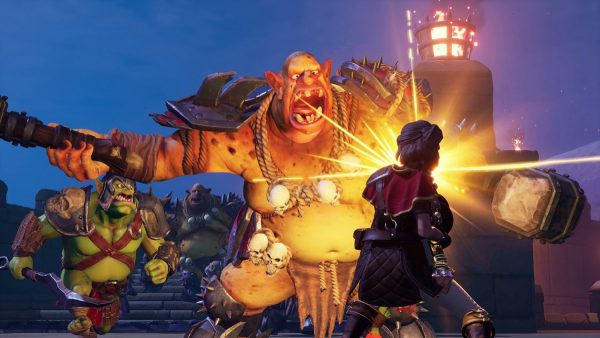 And the orc killing feels great. I’ll admit that it took me a minute to get behind the learning curve and I even knocked the difficulty down after a few humbling defeats but once it clicks it’s an absolute blast to run around shooting orcs in the face and putting together murder mazes to send them to the most humiliating death possible. The levels are generally two varying corridors with orcs coming out of different sides with a couple of large-scale levels thrown in to break things up larger traps and mountable turrets. There’s plenty of trap variety on hand here and thankfully they aren’t all level-gated which means even someone like me who was absolute trash at the start could unlock new and interesting trap types with some grinding.

As for the grind itself, I did sometimes feel that Orcs Must Die 3 was a little stingy with the skulls for a game designed so that you’ll be playing previous levels over and over again in an attempt to upgrade and unlock your traps and gadgets. Yet again, I could have been playing it wrong but coming out of a twenty minute perfect clear with only one skull as a reward seemed a little insulting. Sure, the levels are much easier when you run back to them with an arsenal of new toys to unleash the hordes they spew at you but that doesn’t justify such a meager reward. 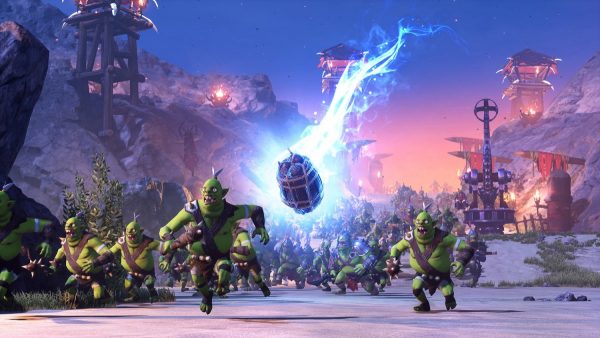 So we’re back to the initial question: Is this finally Stadia’s killer app?  Of Course not.  I’m embarrassed for having even asked that. But this is the type of game I feel Stadia could use more of; bite-sized and niche. It’s nice to be able to jump in to play a round and then jump out making it perfect for playing on your phone or in a browser while taking a quick break from work. I can understand the following that Robot Entertainment has gained with this series and hope that this game can gain a foothold among Stadia players but I don’t think this will drive anyone not already in the ecosystem to give it a go.

Pros:
+ Addictive “one more round” gameplay
+ Tons of traps, weapons and trinkets to adjust your playstyle to how you like it
+ Cute cartoonish artstyle that contrasts well with the gore of decimating orcs

Cons:
– Voice lines are repetitive and can have you muting your TV
– Upgrade economy could use an overhaul