Anghus Houvouras begins a deep dive into the Skywalker Saga … 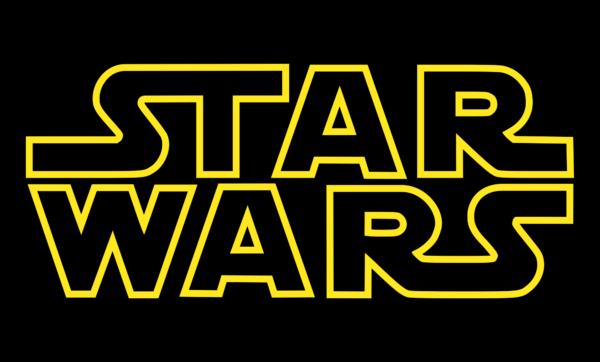 Believe me, I wish I could just… wish away my feelings. My relationship with Star Wars has changed significantly over my lifetime. From the first movie I ever saw in theaters to the pop culture universe I gleefully devoured in the form of comic books, video games and action figures and eventually into periods of confounding confusion with the prequels to absolute ambivalence to the direction (or lack thereof) taken by Disney. Star Wars is the film series I’ve written the most about in over 20 years of cinematic ramblings. This time, however, I am taking a deep dive into the entire Skywalker Saga to examine the most profound disappointment surrounding the series. I am not a fan of being an armchair filmmaker and re-writing cinematic narratives. The goal of a critic is to criticize what is or is not there. You can criticize plot points that make little sense or how a character is presented, but it is never the job of a critic to posit what the story or choices should have been. The job of the critic is not to create fan fiction. So in this case, I am not really being a critic talking about the overall quality of the Star Wars movies, but story elements introduced into the films that could have better served the overall plot. I am not creating new characters or story elements; I am merely reflecting on included character elements that could have created a potentially more engaging and interesting story if they had been explored or extrapolated upon.

I will warn you now that this is a journey; a long, labored look at creative threads within the Star Wars movies that are never properly stitched together. An examination of repeated oversights that took a toll on what was once Hollywood’s most storied franchise. All of this begins with the prequels: George Lucas’ ambitious origin story is a mess that centers on a terrible, cringe-inducing love story. This love story eventually provides Anakin with a reason to betray his friends and beliefs in order to have a slim-to-none chance at saving his secret wife, Padmé. There was something about Anakin’s transformation to the dark side that always felt slight. His logic, or lack thereof in choosing Palpatine over the Jedi Council, and his best friend Obi-Wan felt like a switch being turned, rather than a dimmer switch being slowly moved from light to darkness.

There are many different pieces in the prequel trilogy that could have been connected to create a more compelling turn. One that would have made sense for the character as well as giving Anakin an actual reason to turn on the Jedi and embrace Palpatine’s ideologies of totalitarianism. Anakin Skywalker and his mother Shmi were slaves, though, in the Star Wars universe, this version of slavery seems more akin to indentured servitude. His formative years were spent doing the bidding of others and watching his mother work tirelessly as the life drained from her. Her hopes and dreams snuffed out by an unfair social system. There is no doubt that the experience of being a slave would be a deep cut that never properly heals. The notion of Anakin being a slave is something of a vital plot point in The Phantom Menace. His status as a slave creates a conundrum that Qui-Gon must navigate through. However, once they leave Tatooine, the concept, and all the potential character-building implications of slavery are pretty much abandoned. Anakin’s turn to the dark side is presented by George Lucas as an ideological conflict with the Jedi and act of blind devotion to the woman he loves. The former is never really presented in a sensible way.

Would it not have made a lot more sense if Anakin’s beef with the Jedi and what the order represents had revolved around his desire to return to Tatooine to free his mother as well as the others held in captivity? Should that not have been the crux of his ideological battle with his fellow Jedi? Anakin’s slavery and captivity could have been a deep scar that never healed. The tragedy of Darth Vader could have been the product of a childhood trauma that is already built into the story. Instead of ‘love-struck idiot’, Anakin could have turned to the dark side over an actual injustice in need of rectification.

Anakin’s central struggle could have been about something meaningful: the idea that the Jedi do not wage wars on behalf of the disenfranchised or that they work to bring about peace and justice to the galaxy and are nothing more than the enforcement arm of a corrupt system that chooses political prudence over doing what is right. Anakin’s frustration with the Republic and the Jedi who serve them could have brought up something salient and actually made the existential conflict of power and responsibility ideologically engaging.

Why do the Jedi not help the suffering and use their abilities to engage the kind of everyday evil that plagues the Outer Rim of a galaxy far away? So often, the Jedi are portrayed as righteous heroes, but their portrayal in the prequel trilogy has them acting more like military consultants who are dispatched to work out conflicts and act only when duly elected officials and aspiring overlords give their blessing.

In my opinion, Anakin’s conflict should have always centered on his desperate want to return to Tatooine and free his mother. His training and ascension in the ranks of the Jedi would have been to serve that purpose. He has no interest in betraying the Jedi, but he knows that if he becomes as powerful as Qui-Gon predicted, he would possess the ability to free his mother, and perhaps convince his peers to join him on a quest to liberate the ‘slaves’ of the universe.

This small pivot makes a few things, most notably, Palpatine’s pitch to Anakin, more intelligible. Palpatine wants to rule, and pitches Anakin on the need for strong hands to enforce the rule of law for the entire galaxy. Throughout his time on Coruscant, Anakin witnesses several moments of wishy-washy politics including political infighting that allows people to continue to suffer. He is there firsthand when Padmé decides to go rogue and tries to free Naboo. He is also there to see Qui-Gon tell Padmé that the Jedi are not there to fight a war.

What if Anakin’s inability to progress within the Jedi Order is based on the Council sensing his desire to go rogue and free his mother, believing that his quest for enough power to free the slaves could be a path to the dark side?

If he actually engaged in this existential crisis of the Jedi Order, some bad lines for Revenge of the Sith would make sense. When Obi-Wan confronts Anakin before their video game saber fight begins, he spews out lines like “I believe the Jedi are evil”, to which audiences collectively went “Huh?” Sure, the Jedi have been paralyzed by bureaucracy and often act to serve their own best interests, but nothing they did in the prequel films would make that line remotely accurate. I am sure Lucas included that line to show how removed from reality Anakin had become. If Anakin had lost his mother due to his and the Jedi order’s inaction, that line would have actually made perfect sense.

We could have had an Anakin who broke from the Jedi ranks and joined up with Palpatine because he craved the power to impose his will on an unjust and uncaring universe. You could say there are light shades of that in the prequels, but they are never filled in or darkened. Anakin never gets a coherent character arc. His transformation into Darth Vader is sound and fury, signifying nothing. Even before he is brutally mutilated and his burnt husk is buried within a cybernetic shell, Anakin was little more than the approximation of a three-dimensional character.

Tying his internal and ideological conflict to the scar tissue of slavery could have solved that.