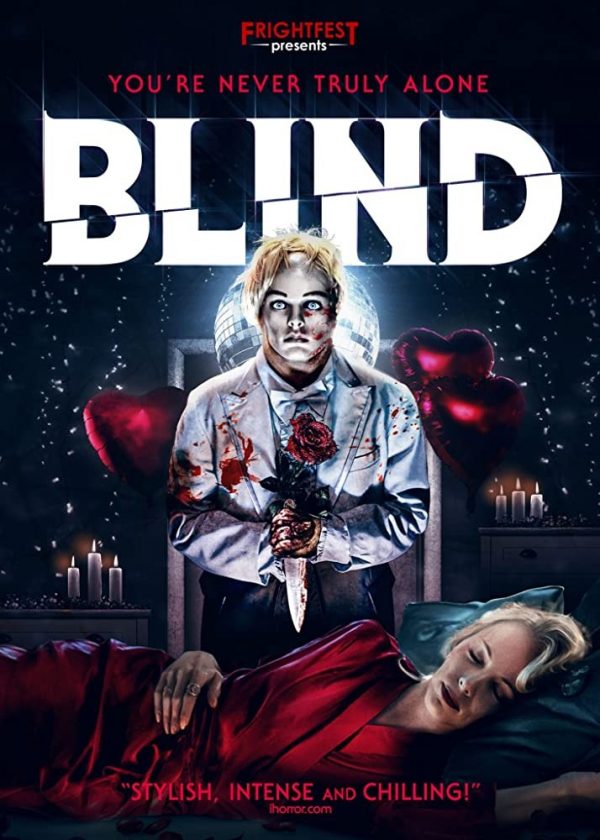 Faye, a former actress who lost her vision due to botched laser eye surgery, struggles to put her life back together while living alone in her dream house in the Hollywood Hills. When a masked stranger named Pretty Boy shows up, Faye will realise that she isn’t as alone as she thinks. 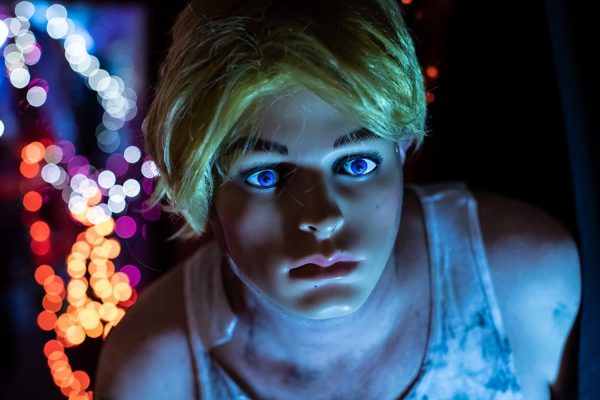 Prior to Blind’s FrightFest screening, an introductory video from director Marcel Walz and writer Joe Knetter explained that the film was inspired by a dream, and just five weeks after said dream, the pair had already wrapped shooting on this initially intriguing yet fatally undercooked giallo-aping horror.

Faye (Sarah French) is a former actress who, after losing her vision due to botched laser eye surgery, tries to piece her life back together as she takes it easy in her lush Hollywood Hills abode. Living alone, Faye finds herself targeted by a masked stalker, Pretty Boy, who spends his nights tormenting her.

Knetter’s script shows the sure wounds of its hasty conception, awash in dreadfully expository dialogue, with both our lead and several supporting characters alike chewing through outrageously prosaic monologues which spell out every last morsel of character work and what scarcely passes for subtext. 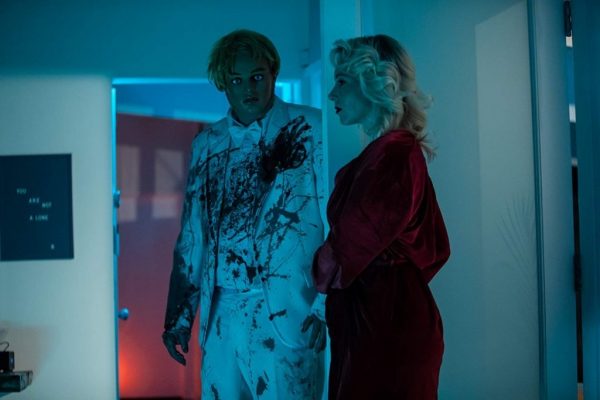 After a first act filled with hokey melodrama and repetitive cutaways to Pretty Boy doing Creepy Shit, mild interest finally abounds as the violent incident finally ramps up. Yet as potentially compelling as it is to see a masked murderer toying with blind people literally in front of their faces, there’s precious little suspense to be savoured – and perhaps worse, scarcely much gore at all.

A groan-inducingly episodic detour then sees a pervy, panty-sniffing delivery man break into Faye’s home, and you can probably guess how well that goes for him. By act three, interest has largely evaporated, before a trio of overlong and underbaked set-pieces take place – one involving a shower, another a cop, and one more a climactic case of mistaken identity. Not a single one musters much tension at all, but rather an uneasy dose of unintentional comedy, just as it dovetails into an outrageously flat, deeply unsatisfying shoulder shrug of an ending.

Lead Sarah French at least deserves some scattered praise for committing to the part and clearly trying to bring some honesty to it. She works through the stagey paragraphs of exposition about as well as can be expected, though there’s no denying the guffaw-inducing awfulness of a late-film, minutes-long declaration she’s forced to grit her teeth through. 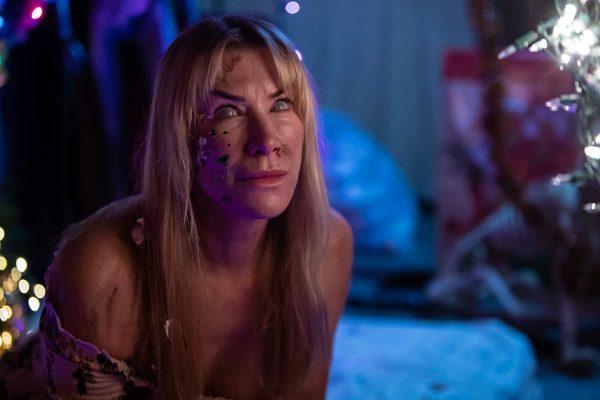 Visually, Blind is a wild medley of styles; daytime-set scenes are often bathed in offputting soft focus, as though Vaseline were joyously smeared over the camera lens, though the requisite use of neon lighting does occasionally evoke an appealingly tawdry vibe. However, Walz’s deference towards lengthy takes skirts clear of the artsy vibe he was clearly shooting for and instead just feels distended and airless.

Klaus Pfreundner’s musical score meanwhile invokes far too many gentle piano pieces to accompany the oft-laughable soap opera-style drama; these overwrought musical choices frequently end up working counter to the film’s attempts to scare. Yet despite the unexpectedly excessive reliance on delineated dance sequences (really), a ravishing dance set to Mirko Hirsch’s “Love Is Blind” is as entrancing as the pic ever gets.

Ultimately, Blind is more convincing as a drama about a woman coming to terms with her new normal, but even then, it’s a tough sell. The substance-free storytelling is only truly a drawback here because it never once gets persuasively under the skin.

Though intermittently stylish and acted with gusto by lead Sarah French, Blind is a bafflingly languorous, outrageously melodramatic farce low on the necessary thrills.