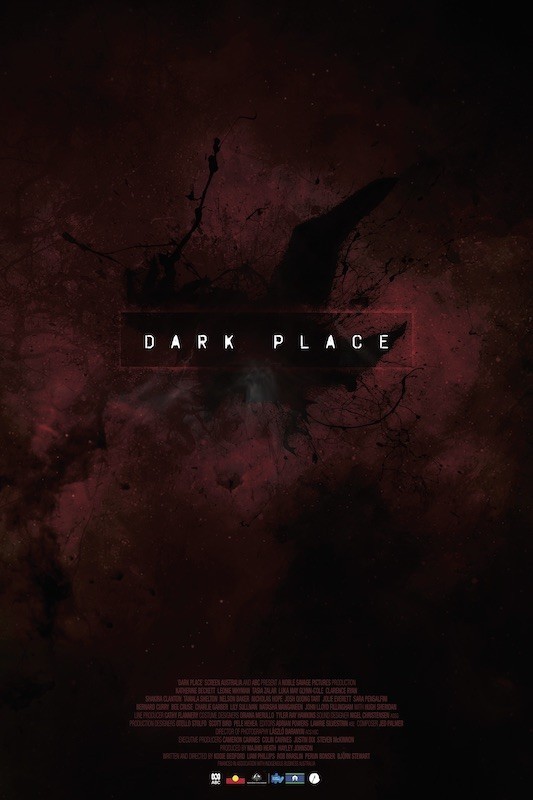 An anthology of horror tales filtered through the post-colonial experience of the Aboriginal Australians. 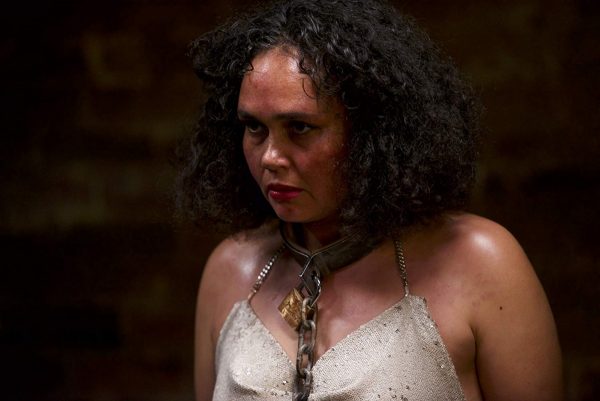 As popular as horror anthologies might be, it’s also fair to say that far too many of them blur together into a generic, forgettable melange, with an ill-defined theme or lackluster execution. Dark Place immediately carves out a singular seat for itself at the table, then, with its five stories focused entirely on the experiences of Aboriginal Australians, as largely told by them also.

Though its presentation as an anthology is simple and lacking in finesse – kicking off with a cheap CGI intro and intertitles for each film, with no wraparound story at all – there is an admirable efficiency to its storytelling mode, telling five snappy, concise tales inside of a tight 75 minutes.

Proceedings kick off with Kodie Bedford’s “Scout,” which depicts the attempts of several kidnapped, sex-trafficked indigenous women to escape their captivity. Images of these women enslaved in literal chains by white men get few points for subtlety, but the overall result is bracingly effective; a simple revenge story anchored by a heartbreaking collection of performances from the beleaguered prisoners. Up third, Rob Braslin’s “Vale Light” sees a mother and daughter attempting to make a new life for themselves as they move house, only for the daughter to be set upon by their mysterious white neighbour, Diane (Sara Pensalfini). Despite some stilted dialogue and a few awkward directorial slip-ups, this is patient, unsettling stuff, with an amusing turn from Pensalfini which tap-dances between camp and intimidation.

Perun Bonser’s minimalist, black-and-white “The Shore” takes an artsy stab at a wildly over-saturated horror sub-genre which we won’t spoil. While relatively low on incident, the ravishing monochrome cinematography, haunting musical score, and striking lead actress Luka May Glynn-Cole lend this an evocative power. Of all five films, this one probably has the greatest feature-length potential. 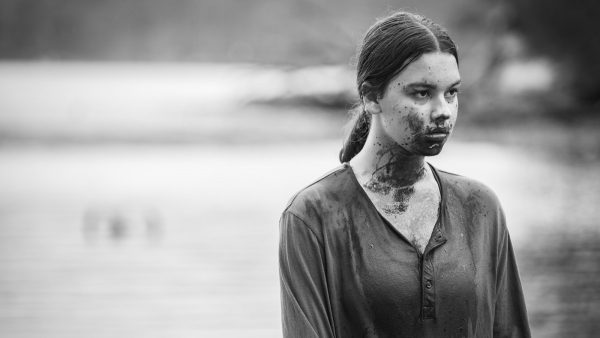 And finally, Bjorn Stewart’s “Killer Native” closes things out, an outback-spiced splatter short which, in honesty, is a little out of place in an otherwise serious-minded horror anthology. With its fart jokes, gory slapstick, and generally shameless silliness, it feels like it belongs in another volume entirely, though at least rouses some decent laughs through its relentless skewering of white colonialism.

It’s certainly amusing and at times unexpectedly horrifying while the performances are just knowing enough, but its tone also clashes harshly with the mood set by the preceding hour. Perhaps were it not such an aggressively broad horror-comedy it might’ve been a little less jarring to sit through.

The final short excepted, there’s an uncommon consistency here in terms of quality, style, and tone. Low on bloat and touting a clear thematic through-line, Dark Place underlines the struggles of Aboriginals through a chewy genre context, while serving as a solid showcase for a bevy of talented actors. And above all else, few could ever accuse it of outstaying its welcome with such a lithe runtime.