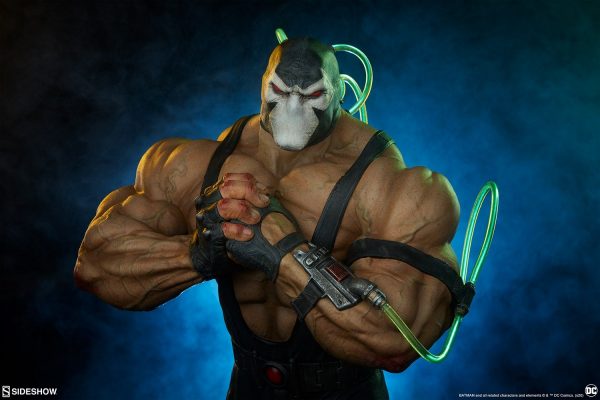 Sideshow has unveiled the Bane maquette from the DC Comics Collectibles line which is available to pre-order now, check out the promotional images here… 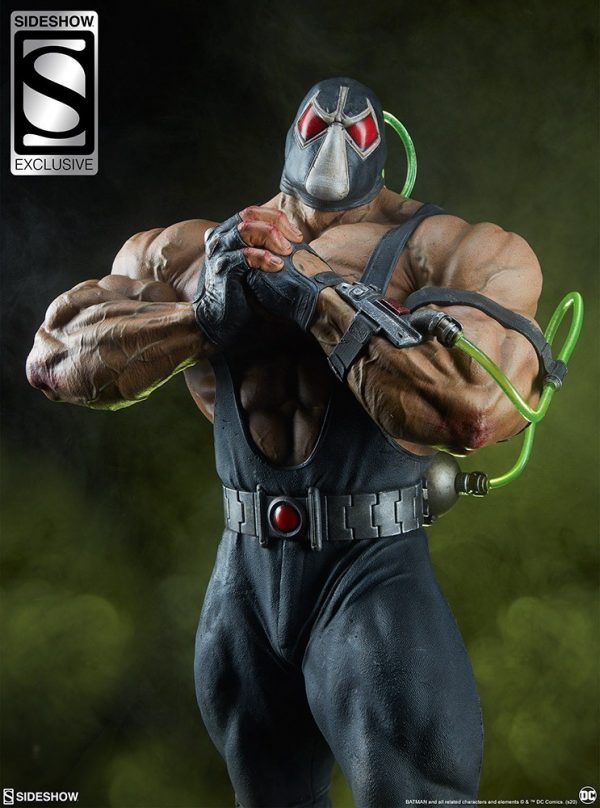 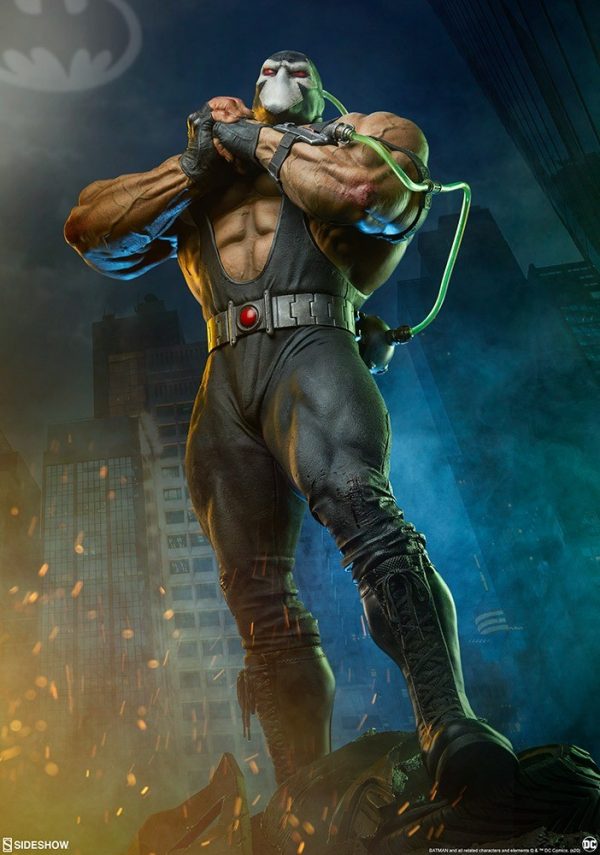 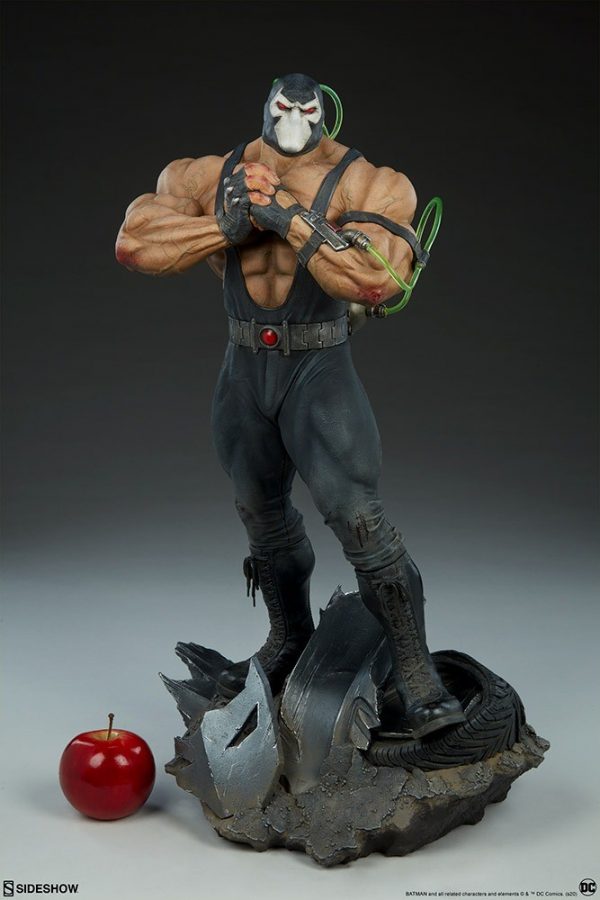 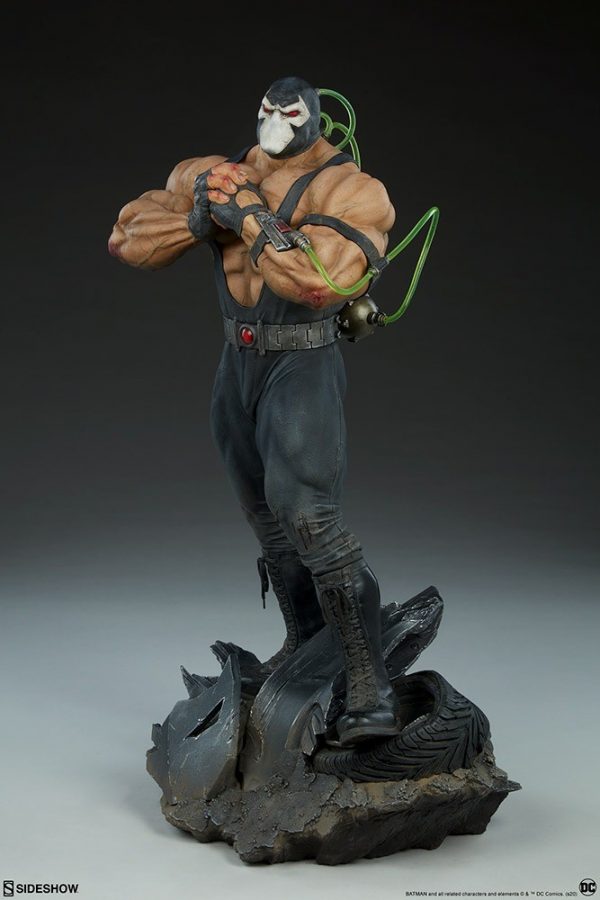 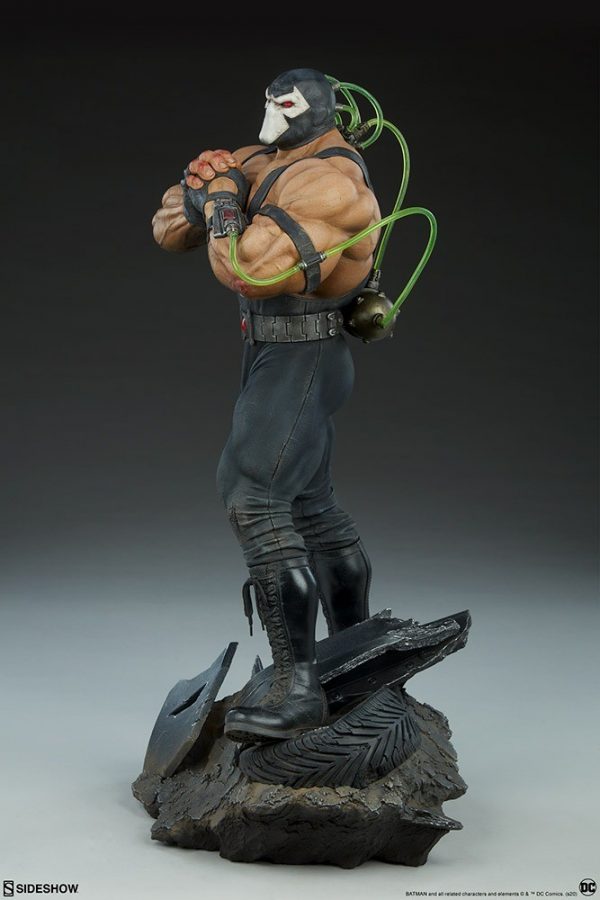 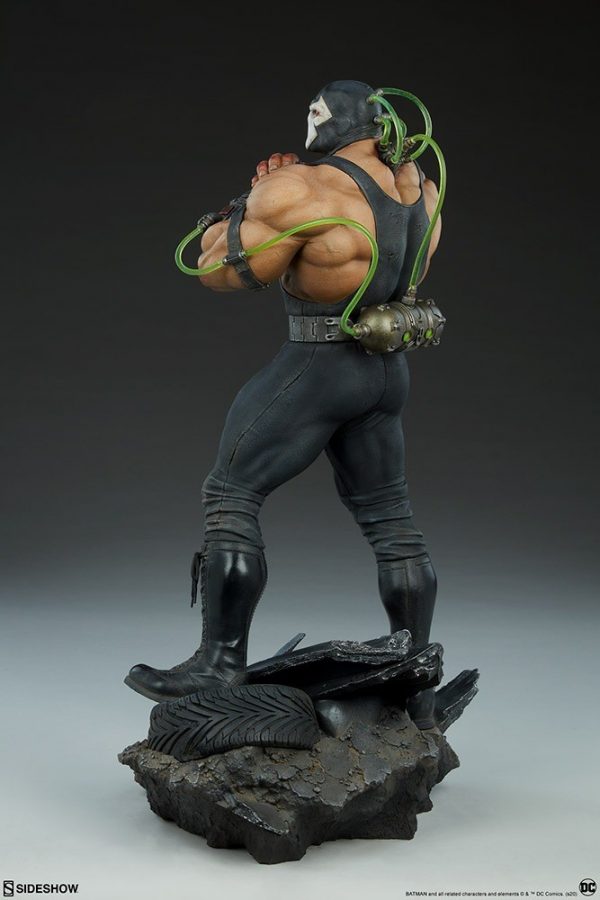 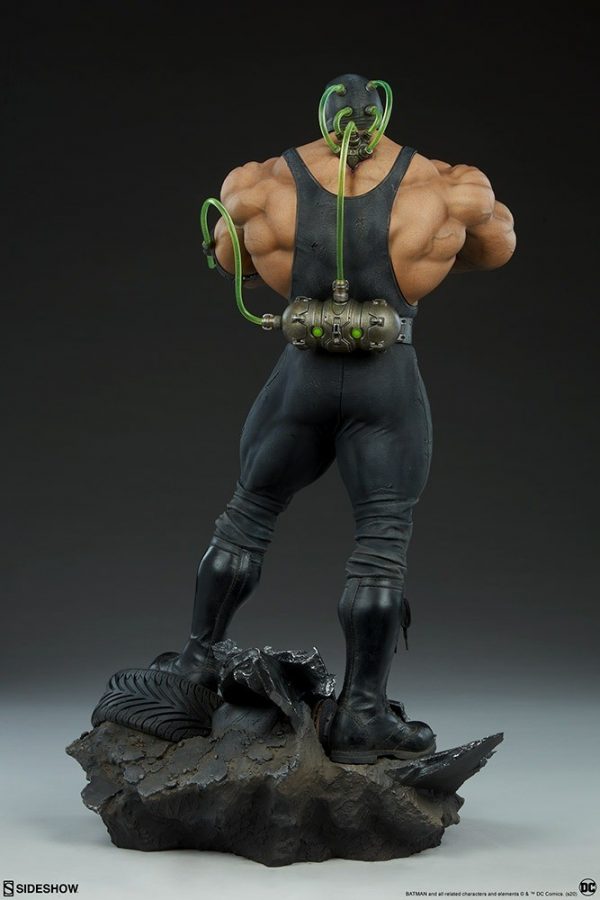 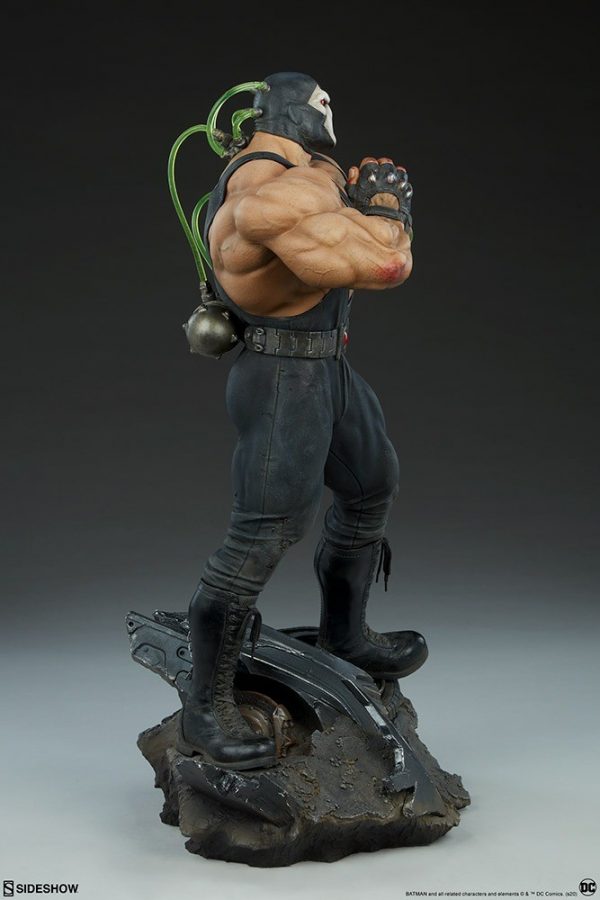 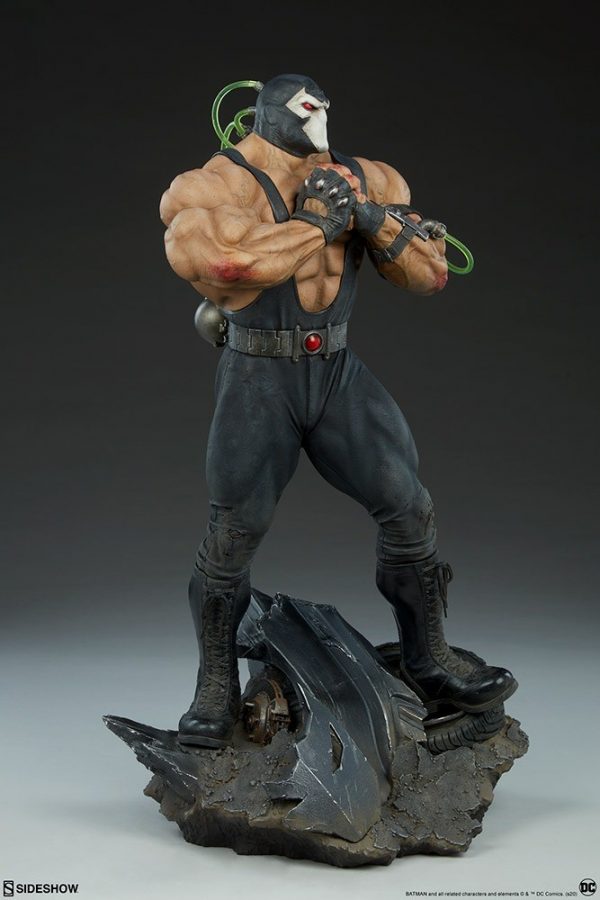 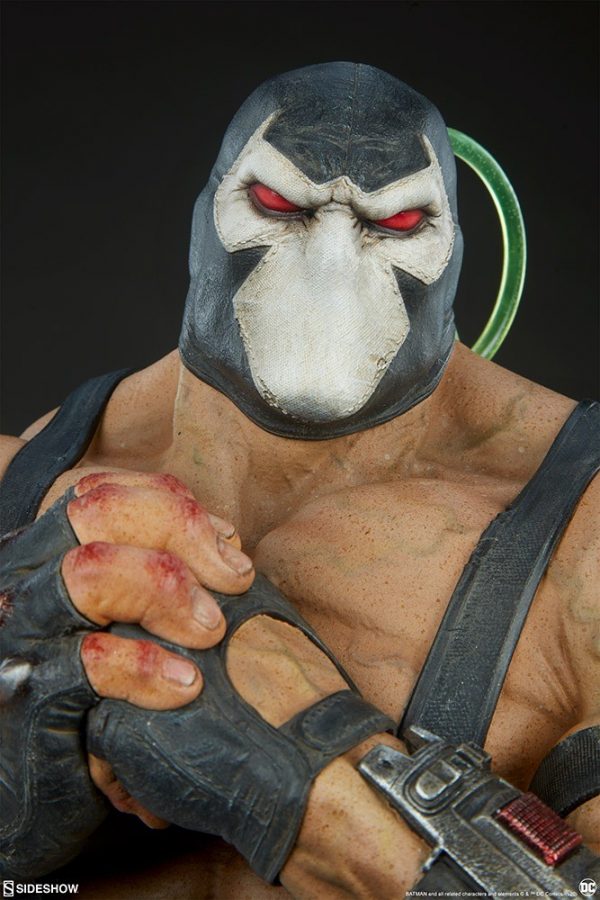 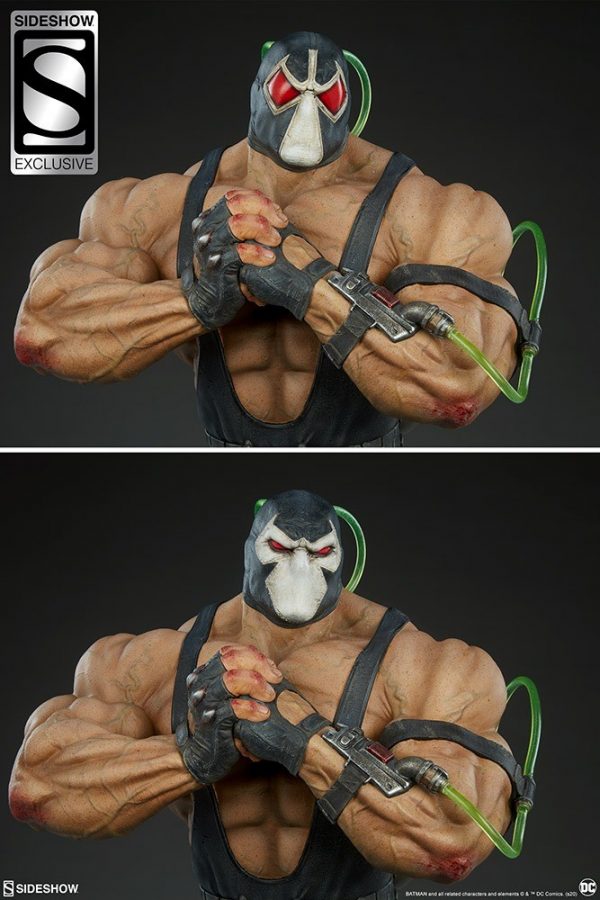 The Bane Maquette measures 26” tall standing on the debris of a damaged Batmobile, with one wheel removed and its front bumper peeled apart. Eager for a real challenge, the ruthless King of Peña Duro cracks his bloodied knuckles in anticipation of a battle against Batman while fueled by the Venom drug in his veins.

The polyresin Bane Maquette features an entirely sculpted costume and an incredibly muscular physique inspired by his appearance in DC Comics. He wears a black wrestling uniform, scuffed and bloodstained at the knees. Additionally, Bane has textured lace-up boots, a pair of black gloves, and a silver belt holding the tank of Venom, which is pumped into the villain via the vibrant green tubes attached to his neck, head, and left wrist. Every inch of the Man Who Broke the Bat exudes intimidating strength, his massive form detailed down to the rippling veins in his arms.

The Exclusive Edition of the Bane Maquette includes a swap-out classic mask portrait that features larger red eyes and an alternate white design. Give Batman’s most brutal baddie a different style with this exclusive display option. Gotham’s got a new king! Bring home the Bane Maquette to tower over your Batman collection today.