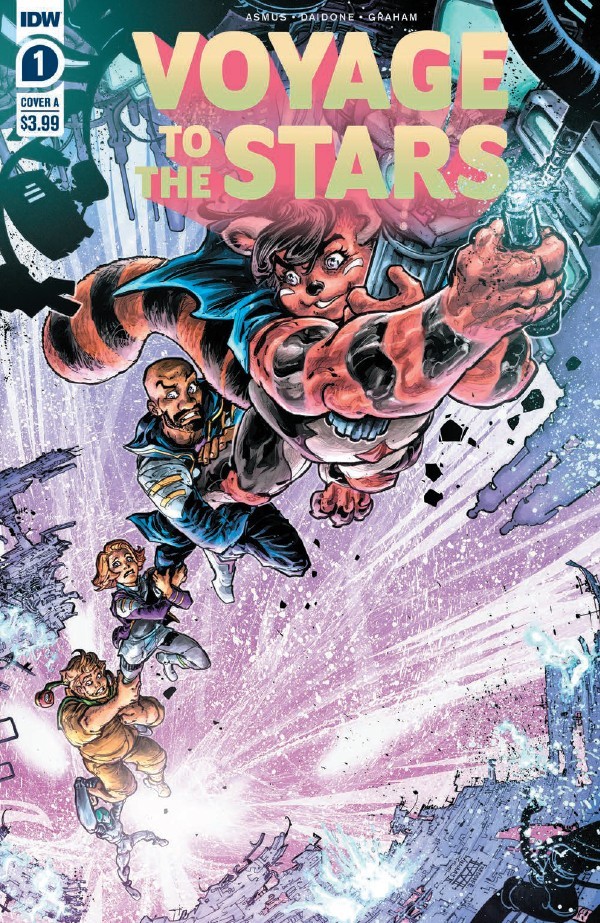 I was very much taken when I first saw the preview for this issue; I really enjoyed the first season of this semi-scripted podcast and now I can see the progression of the story in a visual format. The cast and crew of the show all follow a base storyline for each episode but they use improvisation to get from points “A” to “B”, and I will say reading this comic has me ashamed that I seem to have missed a few large events in the overarching story line.

The story follows the point where the evil universe-consuming entity known as “The Nothing” has enveloped the Earth when our crew tried to save their home planet. They are now on the hunt for something to help them combat the greatest threat they are aware of to the universe and life in general.

The most striking thing I encountered in this issue was the art style, which very much suit the playful overtones of the comic style of the story and the actors who voice the characters. It is nice to see the comic representations blending the actors with their characters; the art was totally different from what I had imagined with the podcast but I was happy to be shown the story told in a different light.

The biggest flaw I am sad to say is not setting this story earlier, as it very much throws the reader into an established narrative and can be extremely daunting to people who are not aware of the origins. It is a wonderful issue that very much lets you sit in the middle of the events, though it does lose some of the charm when you stop hearing the telltale sound effects.

I do feel terrible because the issue itself is great for fans, but the lack of set-up and not giving newcomers the full backstory could well be daunting and put people off. If they were hoping people might delve into the back catalogue of podcasts to catch up then that is a few hours commitment which newcomers may not be prepared to invest at this stage.