Marianne Hettinger is a director, actor, and producer of German descent who brings something truly personal to bare in Prince Harming. An indie feature of stripped-back beauty which exposes the black heart of domestic violence, it draws on personal experience and foregoes the gloss and polish of more stylized mainstream fare. She recently took the time to talk to Martin Carr about her inspirations, aspirations, and the catharsis which came from putting this on screen. 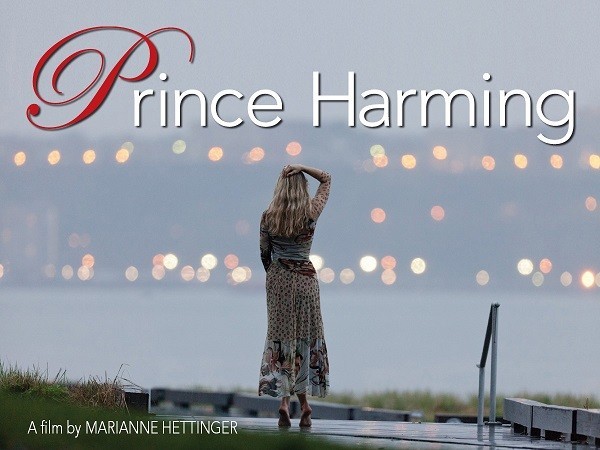 What inspired you to write this story?

I experienced domestic violence during my first time in New York after travelling over from Germany. This encompassed the isolation of not having friends and family around to support me because I was an immigrant. I met this guy who seemed to be one thing but turned out to be quite another. This provided the inspiration to explore what happens when you fall for someone and they seem very intimate and loving, but then morph into another person as you get to know them better. After that experience, I became an advocate for victims of domestic violence and wanted to research the psychology of how people get into a situation like that. I also experienced it later on in life and felt that it had relatable dramatic potential. It was something I wanted to share and a journey that many others experience. Not only did the subject itself intrigue me, but I was also interested in how people get domestic violence. My hope was to shed light on the subject and entertain at the same time.

There is an inherent naturalism to the performances in Prince Harming, how did you achieve that from a directing perspective?

In acting terms, you start by putting yourself into the circumstance. You play it out in the moment to enter the reality of that scene. First, you become the couple in love that give it their all, but when the abuse creeps in you just tap into a different side of you. In terms of technical naturalism, it was important that there be no pretty lighting and we intentionally shot on a Black Magic camera. It wasn’t flattering. At first, the lighting was better because they had just met and there was optimism, but as the relationship progresses Victoria feels increasingly trapped and starts neglecting her personal appearance. Between the lighting, camerawork, costumes, and our drab apartment, I felt it gave the film a degree of reality. Especially now during the pandemic in crowded cities, where you are locked in with another person and dynamics get magnified. In those cramped conditions, many things come to the surface within a relationship more quickly compared to a more spacious accommodation where problems would take longer to develop. 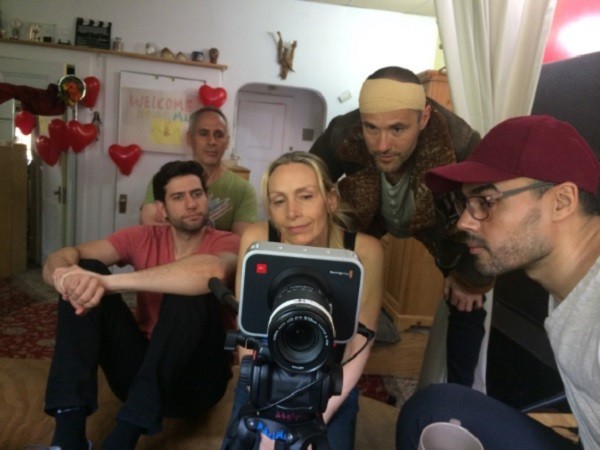 Between the acting, directing, and producing, which creative hat presented you with the most challenges?

The producing was the most challenging because it’s not something I really enjoy, but it’s a necessary evil for the contracts, insurance, and other sides to production. I partially raised the funds through an Indigogo campaign and invested some of my own money, which is never a great idea, but others also came forward to donate and the gamble paid off. I really jumped off the high board by investing myself, but sometimes waiting can mean things never happen. I was also losing the apartment location, so we had to do it then or miss the opportunity completely. Directing was also a challenge because many situations can happen during an independent shoot as opposed to anything studio-based, like my Director of Photography having a heart condition on the first day of shooting. He turned pale and we had to take him to the hospital. There were people from Los Angeles there and the clock was running because I needed to arrange accommodations. We had organized the set up with two cameras, but he didn’t want us to use his cameras so I found another DP in twelve hours, Valentina Caniglia, who had worked with Martin Scorsese. This presented another challenge, after twelve hours you are not really familiar with the story but she was amazing. I had eighteen people in a tiny room to shoot this and individuals could get emotional, so you had to adapt to these circumstances and manage the situation. There was one actor who insisted on staying in character at lunch break and within a small space, it’s is just not possible. It wasn’t the easiest because I was just in the moment and acting, but you just have to step up and take charge.

The central relationship between yourself and Andreas is very powerful, how much of that came from the script and how much came through improvisation or rehearsal?

I had never met him before, but 20 years ago he had a company called Anti-Gravity and I used to be a dancer. At a Victoria Secret’s show, I was a model and professional dancer and ended up dancing with him in his show, but never knew him personally. We rehearsed for one day and I had a wonderful female assistant director Joannie McKenzie, who was present at all times for all the physical scenes. He made me feel very comfortable; on the first day, we had a read through with everyone, during that read he playfully planted a kiss on my lips. Dancers are inherently more physical, so it was easier to do those elements purely because he had that background. Emotionally, we did great preparation together but each of us had our own approach to the material. He gave me a lot to work with so I could focus on him and play off of that. 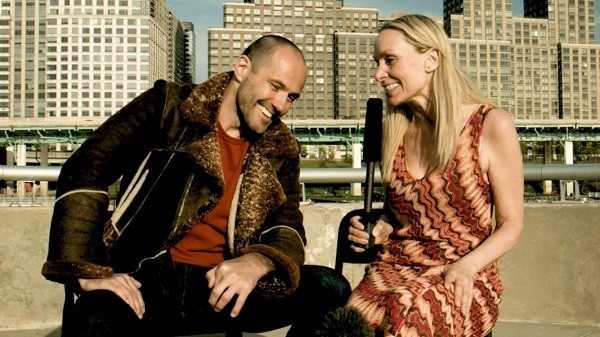 Although the film is set in New York, it plays more like a European movie than something inherently American. To what extent was that a conscious decision on your part?

Because I am German, it was important for me to shine a light on the immigrant situation. My character meets a German in New York and feels a kinship right away. It is also someone she has idolized since childhood, which only makes the adoration more intense from the start. In turn, this makes the betrayal even bigger because they have this cultural bond. New York is a city of immigrants and the cast was much more diverse in the beginning. Being German, I can’t take the European influence out of me.

Considering the film was done a year ago and a central theme within Prince Harming is empowerment, how do you think the creative landscape has changed from an industry perspective?

I did the film just before the ‘MeToo’ movement came out, so it is wonderful that female voices are being heard much more. There is a bigger push towards stories centred on transgender and people of colour, indicating that industry executives have started paying attention to the importance of diversity. Now with the pandemic, there is a completely different approach emerging, but I think my film fits into this because domestic violence has increased due to this need for individual isolation. There are actually purple police cars in New York specifically to answer calls for help around this issue. But in terms of the industry, it remains an exciting time for new voices operating outside the studio system. 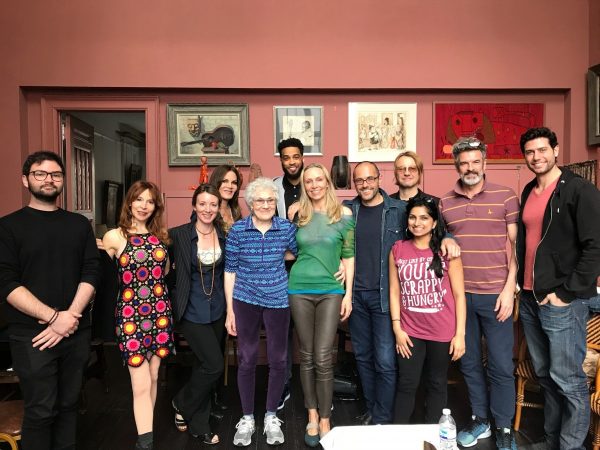 So in light of those shifts in behaviour, how have your considerations changed in relation to future projects you sign on for?

It changes with the times, but I did write a story about sex trafficking in 2013 which is really close to my heart and that is more prevalent than ever. In that sense it has not changed, the projects I have written are on the back burner now, because anything I work on will be influenced by our current situation.

From your point of view, how important was this as a means of catharsis?

It was a great catharsis since there were some autobiographical elements included. However, I was really afraid to tackle it because of the feeling of shame that I was this strong, smart person who had put myself through this and couldn’t understand why. Writing it and then hearing positive feedback come from other people on the team, including working with a gentleman who would help me fine-tune scenes, was hugely rewarding. It also allowed me to deepen my knowledge about domestic violence through this process and hopefully start some creative relationships. I also think that certain patterns are deeply ingrained, so I am not sure if there were a sequel whether Victoria would not fall for him again. 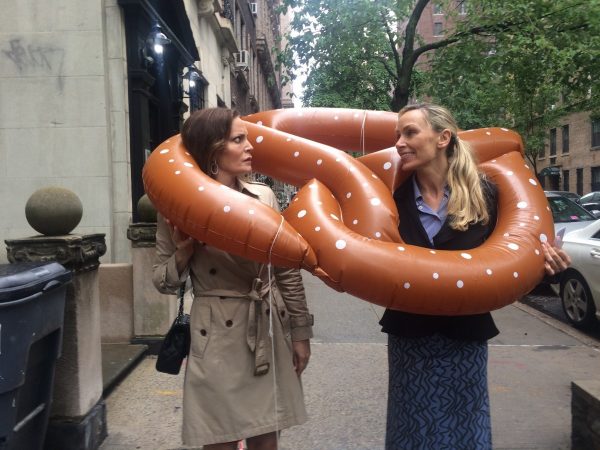 First of all, it would have to be involving nature somehow and I would be in a beautiful house somewhere by the beach. There is a light breeze blowing through some wind chimes and you can see the vast ocean, just sitting with a couple of friends and glasses of freshly squeezed orange juice.

Many thanks to Marianne Hettinger for taking the time for this interview.