A trailer, poster and images have landed online for the upcoming horror comedy Hawk and Rev: Vampire Slayers, ahead of its work premiere at Dances with Films Festival later this month. The film is written and directed by Ryan Barton-Grimley, who also stars in the film alongside Ari Schneider as a bored security guard and a pacifist groundskeeper who join forces to save their hometown from a horde of blood-thirsty vampires. 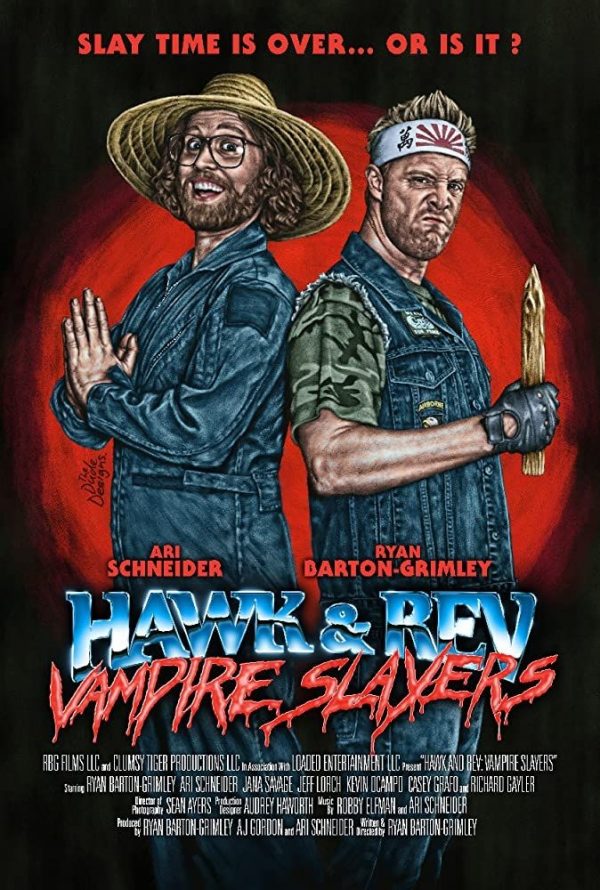 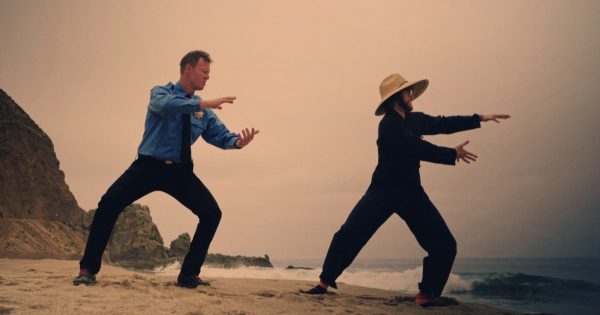 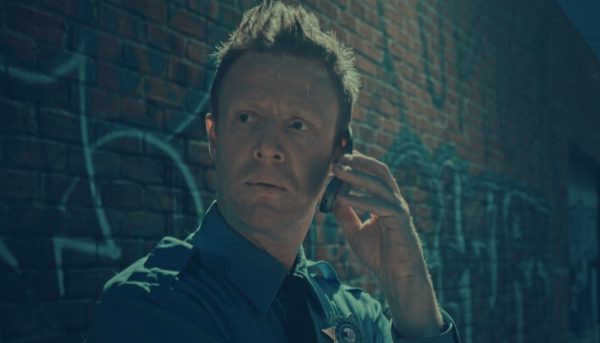 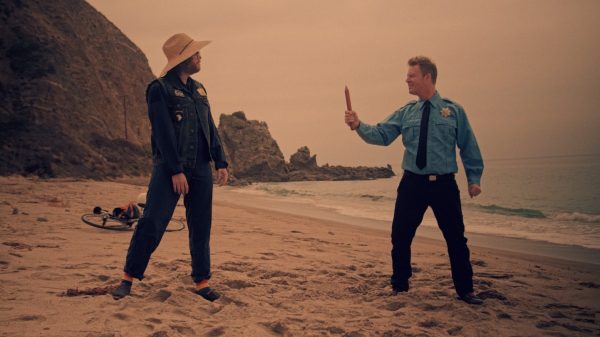 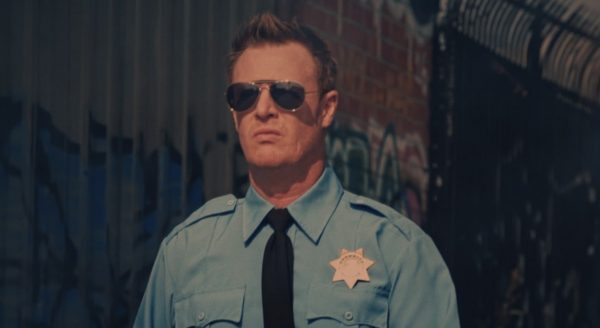 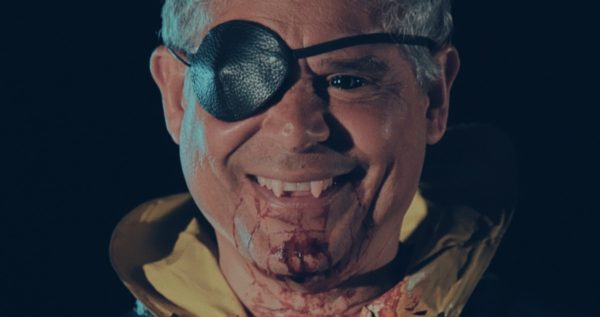 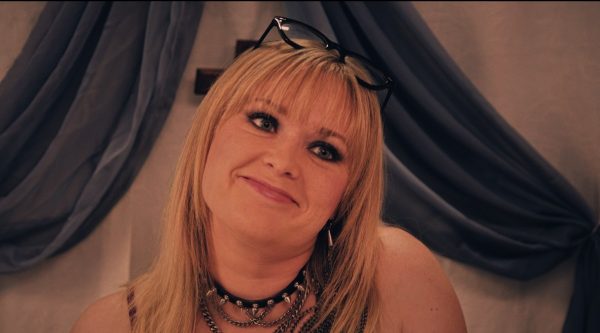 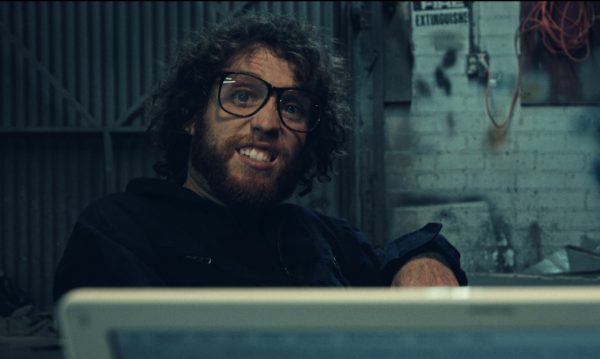 Philip “HAWK” Hawkins doesn’t just dream about killing vampires… He eats, sleeps, drinks and freakin’ breaths it. After getting kicked out of the Army for staking a fellow soldier with a blunt two by four, Hawk almost dies of boredom working as a night security guard at a deserted warehouse in his hometown of Santa Muerte, California… USA. Just when it looks like all Hawk’s options in life have expired, ﬁlthy blood-sucking vampires appear and of course… Nobody freakin’ believes him! With his back up against the wall, his sweaty Karate Kid headband tied on tight, real tight, and hordes of blood-thirsty vampires closing in, Hawk enlists the help of the one person who kind of believes him… Revson “REV” McCabe, a dimwitted, vegan-paciﬁst groundskeeper. Together they join forces to save the whole entire freakin’ world. Well… At least their hometown anyway.

Hawk and Rev: Vampire Slayers will screen at the Dances with Films festival in Los Angeles on August 28th and September 5th.