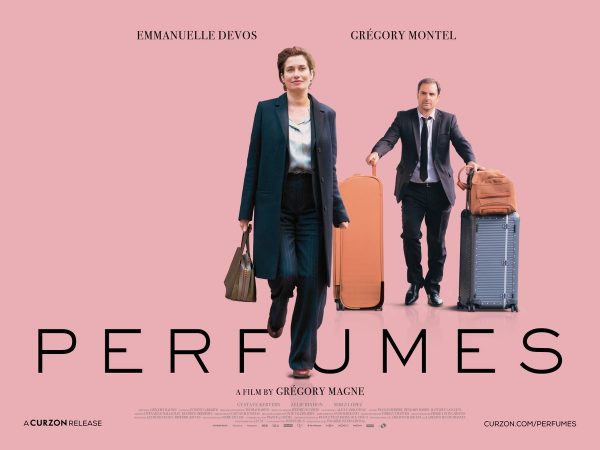 Having lost her career as a luxury perfume maker, a woman working in the world of fragrances bonds with a taxi driver. 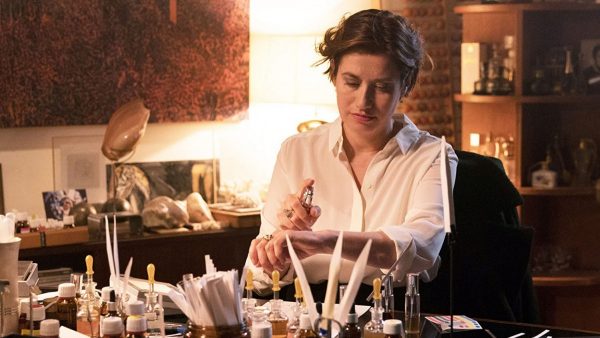 When they were offering career guidance at my school, the idea of becoming “a nose” never came up. Butcher, baker, candlestick maker – but never nose. That’s the job, however, that has provided a career for Anne Walberg (Emmanuelle Devos) in writer-director Grégory Magne’s enjoyably light chalk-and-cheese comedy Perfumes. She used to make high-end perfumes, but she now uses her well-honed olfactory skills on a freelance basis for those who need to mask a bad industrial stench or force a fake tourist trap cave to smell like the real thing. She’s a sort of travelling odour savant.

We meet her as the latest client of driver Guillaume (Grégory Montel), who’s clinging on to his job by a thread and needs a guaranteed income in order to ensure shared custody of his daughter Léa (Zelie Rixhon). Anne treats him pretty poorly to begin with – he almost falls over in surprise when she eventually thanks him for something – but they soon form the inevitable odd couple friendship that the narrative structure requires.

It probably goes without saying that there isn’t a single surprise in Perfumes. The story progresses exactly as you’d expect and the character dynamics move in precisely the way a century of cinema has taught us to anticipate. Magne’s script is light and frothy to a fault, prioritising the comfort of pleasant, airy comedy over any sort of narrative trickery or intellectual challenge. 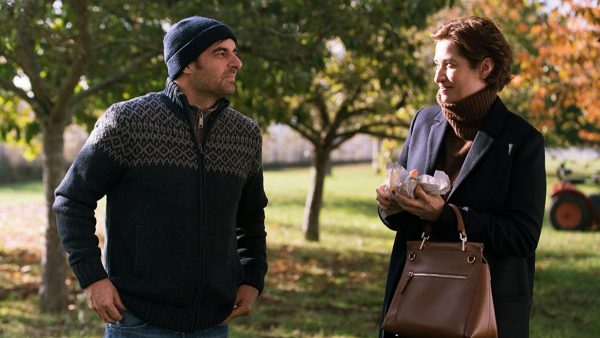 And none of that is necessarily a problem, because Perfumes is a hugely enjoyable watch. Devos is terrific as the seemingly icy woman, who inevitably reveals serious heart lurking beneath her frosty exterior. There’s a lightness of touch to her performance that’s very impressive, allowing her facade to wilt to reveal the sadness and fragility of someone who knows their lucrative career could collapse at any moment. For Anne is concealing the secret that her sense of smell has disappeared before and the return of her anosmia could take place at any time.

Montel’s job is to be the likeable everyman and the audience entry point into Anne’s world. He has a nice line in facial slapstick, with an admirable supply of comic double takes and overwrought expressions. The scenes in which he spends time with his daughter, Léa, are delightful and will be familiar to anyone who grew up with divorced parents. “You take her where she wants to go,” says Anne. “A bit like with me.” Her suggestion that Guillaume should show her some of the things that he likes feels like a revolutionary suggestion to him – a simple man who has no goal loftier than keeping his family happy.

Perfumes is a consistently amiable tale, even as it refuses to take even a single risk in either its syrupy storytelling or its blandly conventional visuals. There are chuckles aplenty, moments of genuine emotional warmth and more discussion about service station soap than any movie needs. 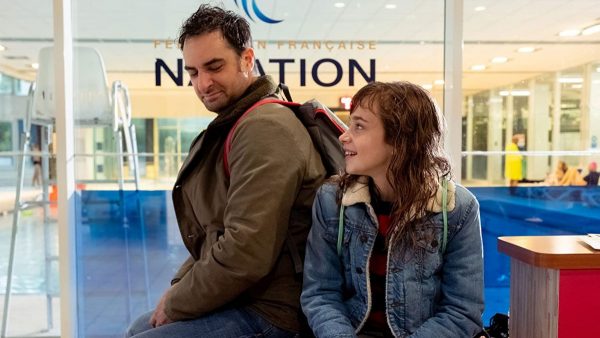