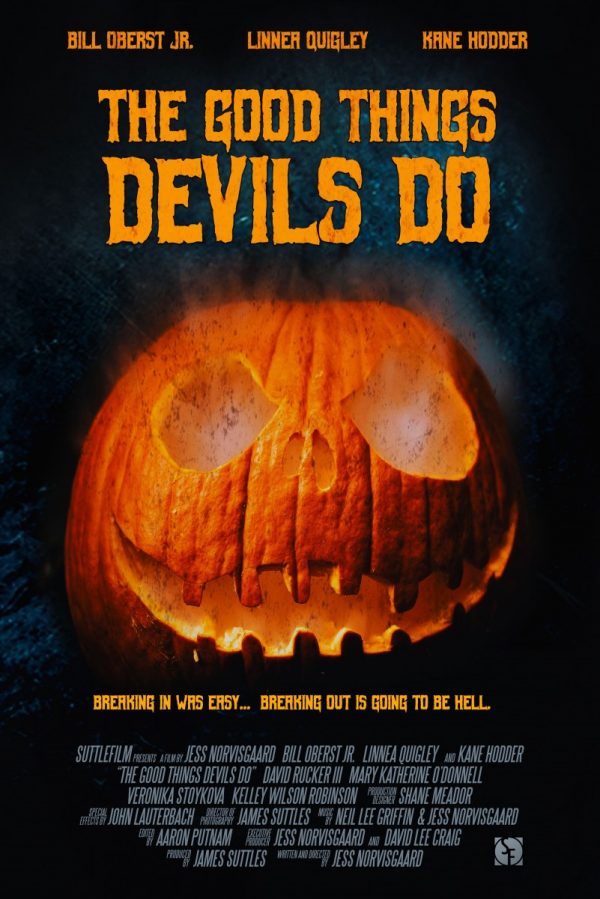 On Halloween night, a small-time crook and a museum curator form a motley alliance to save their families from a centuries-old vampire. 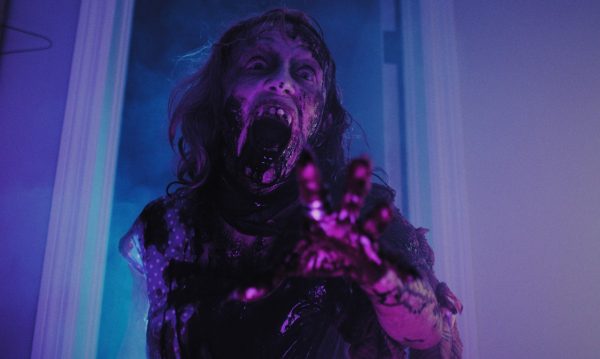 Independent horror comes with a certain set of things to expect, like wacky plots, strange characters, and a real love of the genre. The Good Things Devils Do does happen to include all of that, yet something about it just doesn’t work for me. Maybe it’s the uneven tone or the rushed plot, but I couldn’t help but feel like there was so much more to do with this story. Though, it’s still a quick and enjoyable enough ride that it’s hard to tell genre fans to ignore this completely.

In The Good Things Devils Do, we follow two different stories from two very different groups of people, and we see them converge together in an attempt to take down an ancient evil. Museum curator Melvin gets the remains of Masquerade, a centuries-old vampire, he believes this is his chance to work at Museum of the Macabre. Little does he know this attempt at fame will only hurt him and the ones around him. At the same time, Richard, a small-time gangster in town, goes on one final mission with his crew in an attempt to steal money from a rival’s house. Both of these strange worlds come colliding together when Masquerade awakens and wreaks havoc on everyone.

With more time to flesh out these characters, this could easily be a better experience. Again, there’s nothing extremely wrong about the film, but you never get time to know who these characters are and what really motivates them beyond surface-level character info. The cliched “one final mission” trope for Richard only goes so far, and the same goes for Melvin’s “awkward family man wanting to make his life better” role. These are great places to start with your character, but I don’t feel the movie goes that extra step to flesh any of these roles out truly.

The Good Things Devils Do also feels like the tale of two movies, with two very different tones and styles they are trying to blend. The moments we spend with Melvin are more light-hearted and feel like they are going for a horror-comedy tone. Then we dramatically shift to Richard and his gangster story, and all of a sudden, it feels like a completely different film. These two styles clash as we go back-and-forth between stories, trying to establish both but ends up building nothing. By the time they merge, it’s worn you down enough and feels like a generic horror by then.

Horror-comedy and a more brutal, grounded style of the genre could work. Films like Tucker & Dale vs. Evil and Evil Dead do it very well, but it’s a fine line you must walk and takes a lot of work to make all of these horror worlds come together. Director Jess Norvisgaard needed to find which style suits his tastes and sensibilities, cause I truly think if he focused on one of these horror stylings, it could’ve made a more cohesive viewing experience.

One thing about the two different styles though, they both work well with some extreme gore, and I was surprised that The Good Things Devils Do delivers on some good kills. From the first attack that we see of Masquerade to the film’s ending, there’s enough blood and guts to keep those blood-hungry genre fans happy. It also helps to have great horror names like Bill Oberst Jr. and Kane Hodder around. These men really deliver in their roles, especially Hodder, who is always a delight to see actually play a role and not a man behind a bunch of make-up effects. At times, I wish he was one of the more main characters in the film as he offered up a lot of fun in just a short time on-screen.

As we near the Halloween season, it starts to become the time for little horror films like this to shine. If you are looking for a quick, little romp that features some legendary names in the genre, then The Good Things Devils Do is a good place to start. While it’s nowhere near the heights other indie horrors are doing this year, there’s still enough admiration for the genre as well as gore to satisfy fans.

Sadly, you can see the potential the film has to be a bit better, and you can’t help but wish it hit that level. Still, Norvisgaard is a writer and director that needs to do more as this feels like a great place to grow. Use The Good Things Devils Do has a way to work out your kinks and create something even bigger and better next time.