Portkey games has announced that their magical match-3 mobile game Harry Potter: Puzzles & Spells is now open for pre-registration on Google Play.  Those who pre-register will be among the first to be notified when the game launches plus those who download the game within the first week of launch, on both Android and iOS, will receive the Welcome Bundle pack containing special rewards and power-ups. 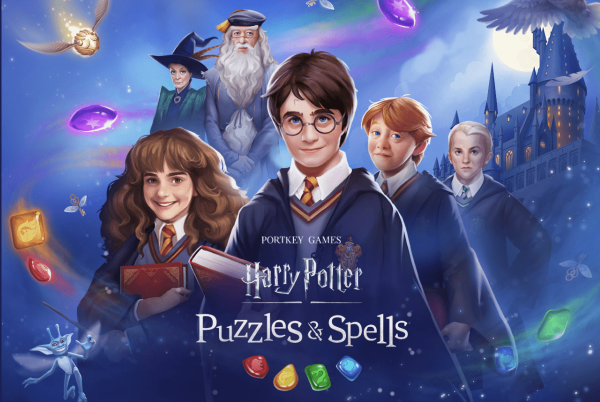 Use potions, spells and other magic abilities and potions to advance through the levels and even join a club with like-minded fans of the films to swap puzzle strategies and vie for prizes in exclusive club events.

“With Harry Potter: Puzzles & Spells, we’ll be delighting fans with the memorable characters, sound and story of the original books and films,” said Bernard Kim, President of Publishing, Zynga. “But we’re also bringing more dimension to the match-3 genre. Players will earn XP and become more powerful, acquire and level up spells, engage in special events and connect and compete with one another through the Clubs feature.”

Pre-register on Google Play now and be among the first to download Harry Potter: Puzzles & Spells.