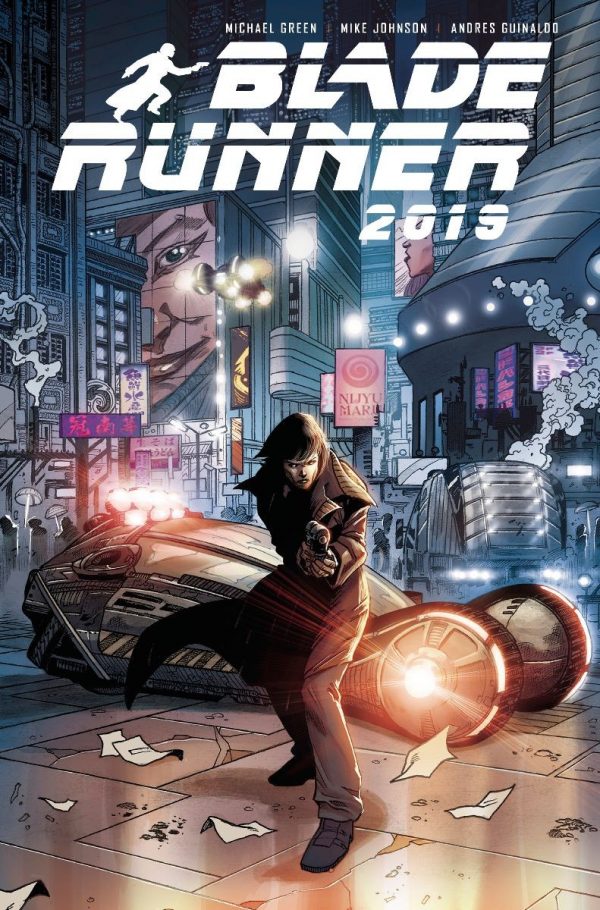 Blade Runner 2019: Off World continues the story of former Blade Runner Aahna ‘Ash’ Ashina and Cleo Selwyn, as they wrestle with the innumerable challenges of living in an off-world colony. But little do they know of the troubled times that lie ahead.

One of the things that I simply adored about Blade Runner 2019: Volume 1 is the pain-staking effort taken by the creative team to recreate the stunning neo-noir world realized by Ridley Scott with his original film. From the rain-washed dirt choked streets of Los Angeles to the god-like megalithic structures of the Tyrell Corporation, the artwork looks like it could have been pulled from the film’s concept art. The attention to detail is simply mind-blowing. The downside of the deal was to wait over a year to get hold of Volume 2, which ‘is’ quite a long wait, truth be told. So, now that it’s arrived, the question you’re probably asking is ‘was it worth the wait?’ and the answer is an emphatic ‘Yes’!

I was rather surprised that the artwork at display here was less vivid and more monochromatic in nature. But as I dived deeper into the narrative, it occurred to me that this dramatic shift in aesthetics was not merely an artistic choice, but one that has been influenced heavily by the graphic novel’s narrative. The faded, washed out color palette mirrors the bleak environs of the off-world colonies as well as the internal struggles plaguing our protagonist. Looking at the beautiful yet desolate artwork created by artist Andres Guinaldo for the graphic novel, instils the reader with the same sense of hopelessness that both Ash and Cleo must endure within the context of the story. It is a dog-eat-dog world where only those possessing the will to live survive, endure and outlast.

The writing duo of Michael Green and Mike Johnson have once again crafted an emotionally resonating story that continues the journey of our two main characters – Ash and Cleo – whilst introducing new players into the mix that play an integral role within the confines of this narrative, as well as beyond. It appears that both Green and Johnson are crafting a storyline that would eventually span several decades, chronicling the incidents that transpire between the years 2019 and 2049 by filling in the gaps with much-needed details; inevitably expanding the Blade Runner universe and its established mythos.

I won’t bother outlining the plot in this review. Just like its predecessor Blade Runner 2019: Off World is an effort that must be read in order to be fully appreciated. It is an utterly immersive experience featuring an emotionally engaging story, bolstered by some exquisite artwork of the first-water. Don’t miss out on this one, all ye Blade Runner fans… you might regret it if you do.