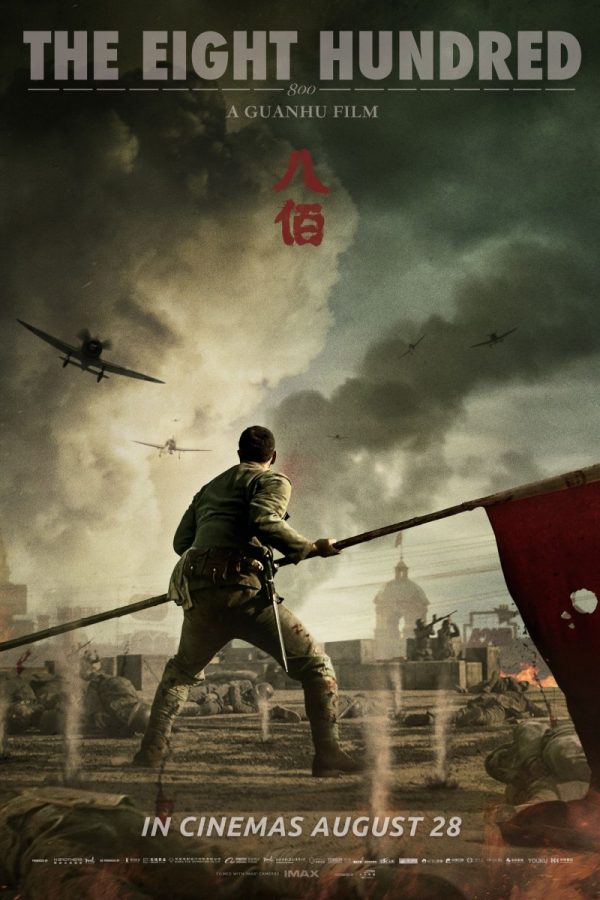 From the acclaimed filmmaker behind Mr. Six comes a riveting war epic. In 1937, eight hundred Chinese soldiers fight under siege from a warehouse in the middle of the Shanghai battlefield, completely surrounded by the Japanese army. 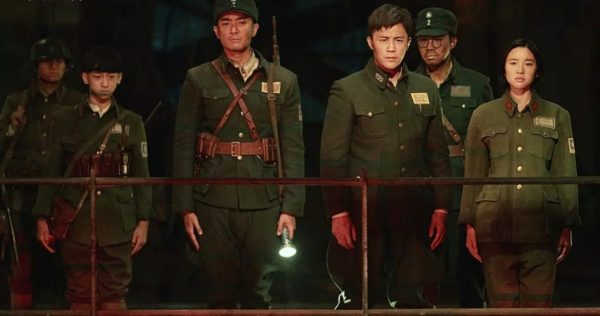 Before the Western world got engulfed in a second World War, China was already engaged in an arduous, long, and deathly war against the invading Japanese Imperial Army. The Eight Hundred throws us deep into 1937’s Battle of Shanghai, a one-last-stand type of war film that feels familiar enough to Western audiences in order not to alienate them, but fresh enough to provide a breath of fresh air compared to Hollywood war movies.

It is worth mentioning that, although there is plenty in The Eight Hundred that resembles political propaganda, especially given that it is approved by the government and it was first scheduled to premiere last year during the 70th anniversary of the People’s Republic of China. At the same time, the film suffered from censorship and heavy delays rumored to be caused by its negative portrayal of Nationalist Revolutionary Army soldiers, which are often bullies and cowards in the film. The result is a film that feels uniquely Chinese in its struggle to balance party-demanded propaganda with a more self-critical history lesson — something Western audiences may recognize from many popular war films. 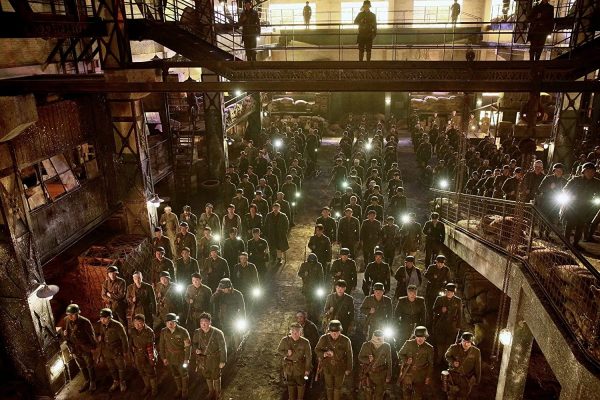 But how it the film itself? The Eight Hundred is definitely a visual marvel, being the first Chinese film to be shot entirely on IMAX, and with an international all-star team to handle the epic scope of the film. The visual effects, action and stunt coordination, and even the film’s score is made by international filmmakers involved in blockbusters varying from The Hobbit and X-Men: Apocalypse, to Wonder Woman‘s composer Rupert Gregson-Williams writing the theme for the film.

There is no denying that this is a stunning cinematic experience, rivaling recent war blockbusters like Dunkirk and 1917. The set design is impeccable and massive, with faithful recreations of 1930s Shanghai, hundreds upon hundreds of soldiers, exploring buildings, and tons of debris filling up the screen constantly. Fans of war films will recognize most of the genre’s tropes, including the underdog soldiers having to make one last stand, and being encouraged by their fellow citizens to continue fighting. There’s even an emotional flag-raising scene that feels taken straight out of Flags of Our Fathers, without feeling like a rip-off.

With a massive two-and-a-half-hour runtime, The Eight Hundred knows how to keep the tension going, giving both the soldiers and the audience enough moments to breathe and take a break from the action. At the same time, these scenes building up the sense of dread that comes with not knowing when another attack may happen, or which one of the well fleshed-out characters will die next.

The secret to The Eight Hundred‘s success, however, comes when the film moves away from the blood-soaked action and into the British concession (the International Settlement) across the Suzhou Creek from where the soldiers are making their stand. Despite the carnage taking place right in from of them, the concession always looks like a busy Saturday night at Times Square, with well-dressed people (both Chinese and foreigners) going on about their day without a care for what’s happening across the creek. Director Guan Hu plays out these scenes as deeply disturbing, showing the excess on one side and the deep scarcity on the other, while giving a not-super-subtle message of how the international community turns a blind eye to this type of crisis when it doesn’t directly involve them. 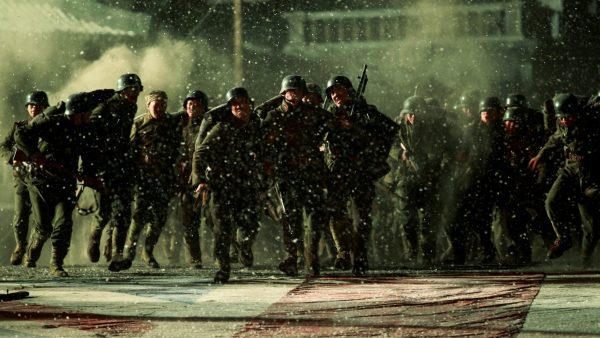 The Eight Hundred is a film that personifies “epic.” The backgrounds and vistas are grand, its use of CGI is honestly very impressive, it manages to sustain tension and a sense of dread throughout, and even tell an emotional story with fleshed-out characters — all while giving us an ending that’s very far remove from Hollywood fanfare.