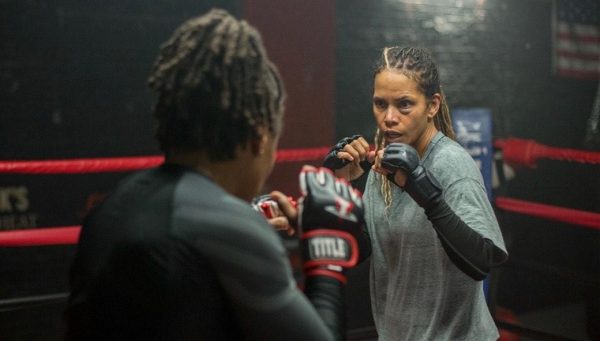 Premiering at the Toronto International Film Festival as a “work in progress,” Halle Berry’s directorial debut is already finding a home with a big name.

Deadline reports that Netflix is in final talks to acquire Bruised for distribution; this comes after Netflix secured a “preemptive look” at the upcoming MMA drama.

As well as being behind the camera, the film sees Berry playing Jackie Justice, a disgraced MMA fighter who has failed her life and her career in professional fighting. The moment Manny – the six-year-old son she left behind years ago – walks back into her life,  Jackie is forced to conquer her own demons. She will face one of the fiercest rising stars of the MMA world and ultimately fight to become the mother the boy deserves.

Bruised is described as a “Rocky-esque story of redemption,” and will secure an eight-figure deal from Netflix as the streamer looks to get the global rights to the film. Deadline reports the sum is close to high teens or even $20 million.