As Ubisoft begins their conference Ubi Forward, they started with an exciting announcement for fans of Bryan Lee O’Malley’s Scott Pilgrim series. Ubisoft will release Scott Pilgrim vs. The World: The Game Complete Edition, a remaster of the the 2010 game based on O’Malley’s series. This marks the return of the game to consoles after it was taken off the Xbox Live Arcade and Playstation Network in 2014. Watch the trailer for the 10th anniversary remaster below… 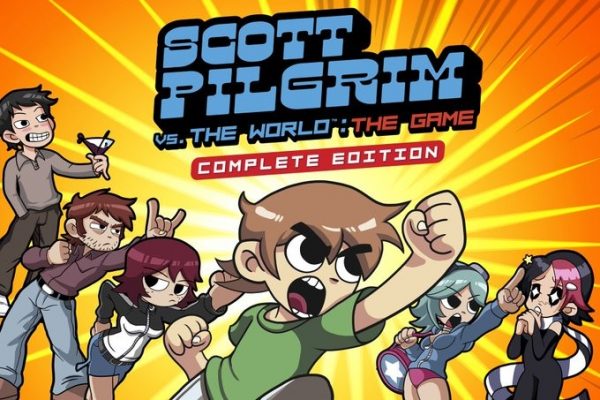 The game was released in conjunction with Edgar Wright live-action film adaptation Scott Pilgrim vs. The World, but it shares the character designs and other visuals from O’Malley’s series of graphic novels. The game serves as a throwback to the 16-bit side-scrolling games of the first generation of gaming consoles and is also known for its catchy soundtrack from Anamanaguchi, also a throwback to old games. O’Malley, who has long wanted the game brought back, revealed the news of the remaster on Twitter and later said “Huge thank you to the fans who never shut up about the Scott Pilgrim game, not once, ever, even for one second to let me sleep. This game belongs to you. Now please get out of my house.”

Scott Pilgrim vs. The World: The Game Complete Edition will include the full game plus the DLC adding characters Knives Chau and Wallace Wells to the game. Though no release date has yet been given, it is set to arrive in time for the holidays this year.

Scott Pilgrim is back! Team up with friends to battle your way through waves of tough enemies to fight for love. Share health and coins, compete in mini-games like Dodgeball, and challenge each other to an epic-last-one-standing duel.