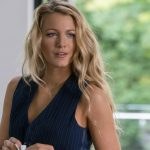 Actress Blake Lively (A Simple Favor) is set to make her directorial debut with Seconds, an adaptation of the graphic novel from Scott Pilgrim creator Bryan Lee O’Malley with a screenplay written by Scott Pilgrim vs The World director Edgar Wright. O’Malley wrote and illustrated Seconds in 2014 as a follow-up to his Scott Pilgrim saga. The story follows […] 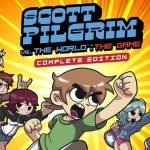 As Ubisoft begins their conference Ubi Forward, they started with an exciting announcement for fans of Bryan Lee O’Malley’s Scott Pilgrim series. Ubisoft will release Scott Pilgrim vs. The World: The Game Complete Edition, a remaster of the the 2010 game based on O’Malley’s series. This marks the return of the game to consoles after it was taken […]