DeNA has announced that Team Rocket’s James and Weezing have arrived on Pokémon Masters EX and have been added to the special story event ‘Blasting Off Again’ and join Jessie and Meowth in disrupting the fireworks festival on the island of Pasio.  The event runs until 25th January and completing it will reward players with both James and Weezing joining their teams. 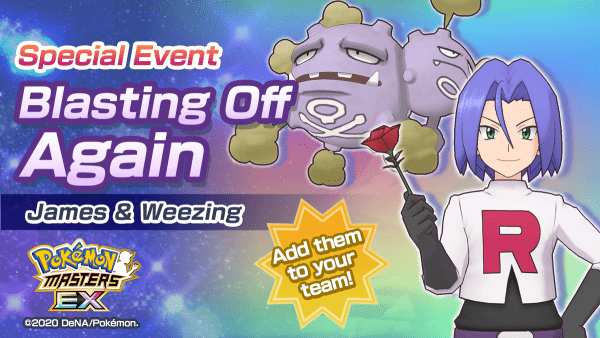 As well as having James and Weezing join the fun, DeNA have also announced the following content updates: