Martin Carr reviews the third episode of The Boys season 2… 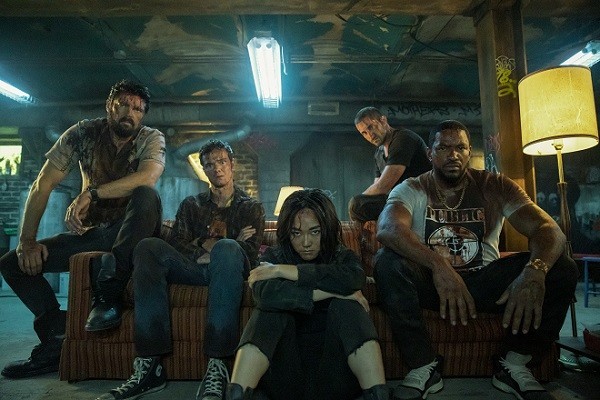 There is a bravado which goes hand in hand with the tag line lifted with flair from an early Eighties anthem by Tenpole Tudor. A rousing call to arms for those roustabouts who band together against an insurmountable force of superior foes. It harks back to the blatant cockney roots of our spit and sawdust hero Billy Butcher, whilst waving flaming scimitars of defiance at corporate self-interest. Beyond that we have the roof jumping life lessons of Homelander, a perpetual compound V debacle and the feminine wiles of Stormfront.

With the subtlest movie homage clashing heads with a more obvious elevator pitch at Vought HQ, it remains business as usual. Homelander remains idiosyncratic instilling fear in some and adulation in others, while our new kid on the block continues raising hell. Aya Cash peels back another layer in episode three to reveal just how rotten she is beneath that smart talking exterior. There is a rivalry being revelled in and subtle moments of machismo bruising mayhem, which prove there is a new sheriff in town. She is an alpha female on the rampage with her castration tongs, acknowledging a need to stay corporate while revealing herself without remorse. 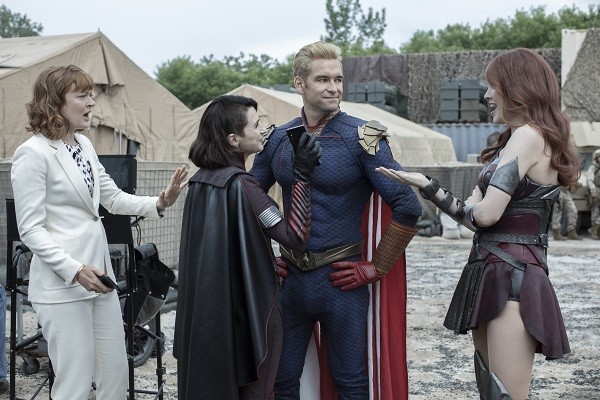 With The Boys starting to splinter under stress, The Deep launching his own bargain basement Aquaman effort and Billy Joel talking down suicidal teens things are getting interesting. There is a conflict of interest both personal and professional on both sides, as our superheroes start forming splinter cells and Bill backs down slightly. There are stand out moments in foulmouthed standoffs, which provide momentary satisfaction before things go south again. Corporate cover ups, mutual blackmail and an unfettered jealousy is festering that can only lead to resentment and bloodshed.

Episode three might be propped up on the rambunctious anthem of a bygone era full of hope, exuberance and rebellious anarchy but winter is coming. A shroud of menace looms large over The Boys as we venture into uncharted waters, using leftfield tactics to extort an emotional response. Like the best original content irrespective of source it sets out to entertain, educate and enlighten without pulling any punches.

The Boys season 2 is currently airing on Amazon Prime Video.