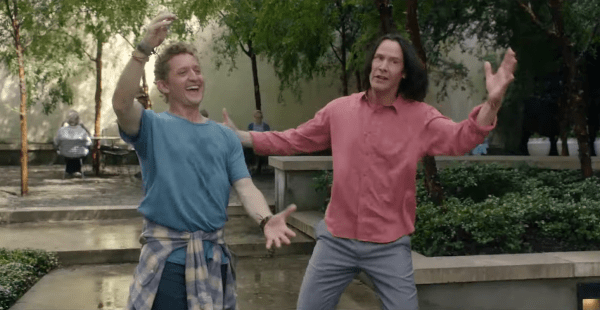 Sequels have always been a sore subject for some. Hollywood’s penchant for rewarding successful movies with uninspired follow-ups is a feature of the film industry, not a bug. While some movies lend themselves to serialization, there are other cinematic successes that garner sequels in spite of not feeling particularly franchise-able. With the recent release of Bill & Ted Face the Music, I found myself returning to a spiteful space, motivated by the age-old practice of hitting the reset button in order to provide stakes for the sequel. Allow me to elaborate.

The original Bill & Ted’s Excellent Adventure ended with our titular heroes inspired by their journey. The future is hopeful for the two friends who have gotten a glimpse of what their music may one day inspire. Bill & Ted’s Bogus Journey ends with the Wyld Stallyns using some time-travel tricks to become the rocking musicians they had always hoped to become with the promise of finally ushering in the early days of a new, peaceful age. Highlighted by a montage of press clippings showing the influence of their music helping to reshape the world into a better place.

By standard sequel logic, in order for a third Bill & Ted movie to exist, those gains have to be erased. And that, my friends, is bogus. 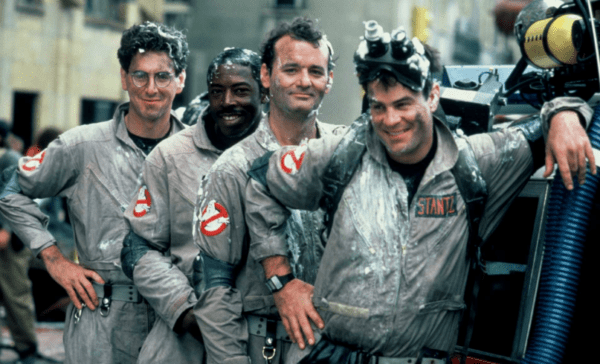 Hollywood studio logic has always been notoriously lazy. For the most part, sequels are constructed of recycled material. The goal is to try and recapture the magic of what worked in the original instead of finding new creative territory to explore. Ghostbusters ends with our heroes having saved humanity from the wrath of Gozer the Gozerian and are hailed as heroes. After the movie became a monster hit, a sequel was a foregone conclusion. And rather than allow the heroes to take that victory and elevate the characters into new, uncharted territory, the creative minds hit the reset button reverting the Ghostbusters to a state of being perceived frauds and actual failures. The happy ending of the original Ghostbusters has been erased in order to give the characters an arc that closely resembles the first film.

There’s a great sketch from an old episode of Saturday Night Live that features Danny DeVito as Ebeneezer Scrooge, one year after his spiritual epiphany and transformation from miser to merry. The comedic premise of the sketch is that after Scrooge’s pivot into generosity, he’s now financially incapable of the same magnanimous gestures. The heart is willing, but the wallet is weak. The same logic is applied to so many sequels. The joy and rapture of a happy ending provided to the characters we love must be destroyed in order to tell more stories. I look forward to learning in Ghostbusters: Afterlife that our heroes walked out of the museum after saving the world from Vigo the Carpathian only to be accused of criminal acts and run out of New York City to live their remaining years in rural America as penniless pariahs struggling to survive.

This applies to Bill & Ted as well as Ghostbusters, but might be most glaring in Star Wars. We end 1983’s Return of the Jedi with our heroes having conquered the evil empire. Luke helps his father, Darth Vader, see the error of his ways and the Emperor is destroyed. Leia loves Han. The future is looking bright for a galaxy far, far away. Then Star Wars: The Force Awakens is released and based on the story J.J. Abrams and Kathleen Kennedy decided to tell, all of that is eviscerated for their new wonky trilogy.

To quote noted philosopher Avril Lavigne, ‘So much for my happy ending’.

Han and Leia are no longer together. Their son has become a rage-sick, galaxy destroying Darth Vader wannabe. The Empire being destroyed made no great change to the galaxy as the First Order has filled the evil vacuum soon after their defeat. Even after destroying two Death Stars, they just made a bigger, more destructive successor. Luke has become a disenfranchised hermit and abandoned all hope. 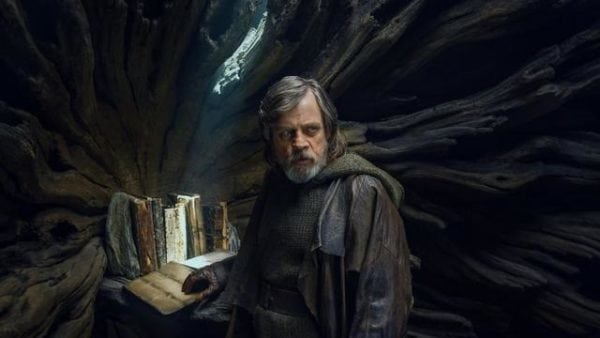 Instead of telling a new story, Kennedy and company decided to tell the same basic story. And to do so they had to hit the reset button and return our characters to a state of disarray. Because Hollywood storytellers are too lazy to envision stories that build on the narrative of previous movies instead of decimating them. And the sad, obvious reality is that Luke, Han and Leia don’t need to be reset to underdog status in order to tell an effective and entertaining Star Wars story. Every win doesn’t need to be erased because that’s where the characters were in the original trilogy.

Star Wars: The Rise of Skywalker might be the most glaring, off-putting example of the sequel reset button, where the baffling choice of bringing back Palpatine completely invalidates the accomplishments of the original trilogy reducing them to sound and fury signifying nothing. Vader didn’t actually destroy Palpatine. The Empire was never really defeated. The sequel reset button is something that can be effectively used in serialized stories, but in the case of Star Wars it retroactively makes earlier stories feel utterly pointless. 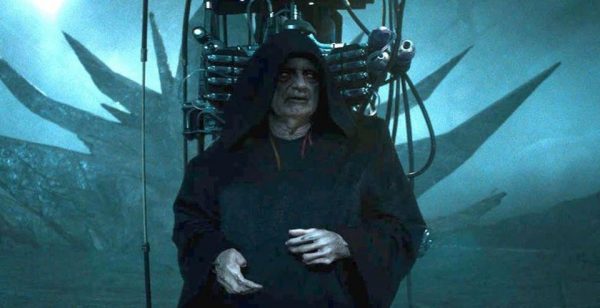 Why can’t filmmakers find ways to tell stories without reverting to the previous installments’ status quo? The real reason is fear; fear of deviating from a working formula and a narrow creative course charted by studios who aren’t interested in taking a sequel to a successful movie anywhere state-of-the-art. Because generating feelings of nostalgia is more important to the formula than providing any new ingredients.

For me, the sequel reset button is an oft-used device that diminishes the previous installments. It makes me less likely to revisit the originals. Because upon subsequent viewings you now know that those victories are fleeting. That the future for these beloved characters will be uncertain and fraught with peril. That everything they endured will be for nothing and their Sisyphean existence will continue on through newer, less fulfilling retellings of the same basic story.