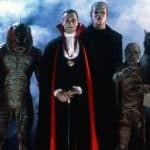 EJ Moreno discusses his top picks for kid-friendly horror movies this Halloween… Halloween is a significant time when everyone dives into the world of horror. For many children, this is their first introduction into the genre, either scarring them for life or making them lifelong fans. Use this list as a guide to find the perfect […] Fans want more Ghostbusters after the latest film, Afterlife, won over long-time lovers of the franchise, and n0-one wants to see more of the Ghostbusters: Afterlife universe than star Mckenna Grace. The actress is so excited for the sequel in fact that she even dropped a casting bombshell herself. Yes, Mckenna Grace will return as […] 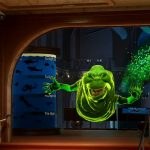 Last month Sony officially announced a sequel to last year’s Ghostbusters: Afterlife, and now the studio has set a release date for what is being described as “the next chapter in the Spengler family story”. As reported by THR, the as-yet-untitled sequel will hit cinemas on December 20th 2023, with Jason Reitman once again returning […] After suiting up once again for Ghostbusters: Afterlife, Ernie Hudson and Dan Aykroyd are set to reprise the roles of Winston Zeddemore and Ray Stanz once again – this time to voice their respective characters in the newly-announced video game Ghostbusters: Spirits Unleashed. Developed by IllFonic (Friday the 13th: The Game, Predator: Hunting Grounds), Spirits […] Tom Jolliffe on the childhood-defining impact of Ivan Reitman’s movies…  If you grew up in the 80s and 90′, your awakening to the notion of what a director is, and recognising them probably began with stalwarts like Steven Spielberg. Additionally, from this era of great family entertainment and crowd pleasers, you may have become aware […] Tom Jolliffe on nostalgia-driven films… Balance is a wonderful thing. In a recipe, each ingredient plays a part. Sugar is good right? The contentious ingredient has taken the blame for so many modern health issues over the years. Let’s face it, there’s almost no nutritional value, but it’s pleasing. You need sugar to make doughnuts. […]