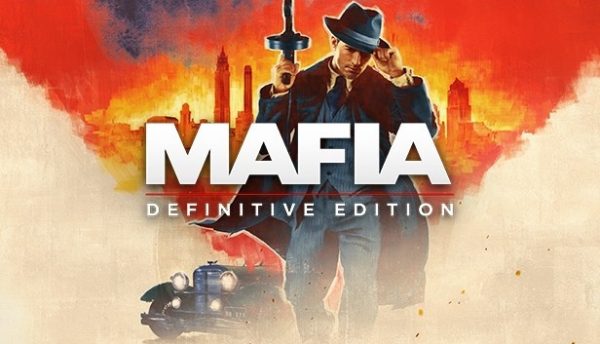 The astronomical success of Rockstar’s Grand Theft Auto III back in 2001 saw a glut of me-too open-world action games released in its wake, the majority of which failed to live on long in the public consciousness.

Mafia stood apart, however, with its dishy period setting and uncommonly cinematic approach to both story and character, not to forget its impressively wrought sandbox. And in age where the open-world game is so often characterised by engagement-driving bloat and busy-work, this lean, glossy remake goes down like a refreshing tonic.

The game takes place during the Great Depression in the fictional, Chicago-aping city of Lost Heaven, where scraping-by cab driver Tommy Angelo finds himself inadvertently pulled into the mob underworld by way of the Salieri crime family.

Though narratively speaking Mafia is effectively a sub-Coppola, sub-Scorsese crime joint filled with exaggerated, pulp novel-cribbing dialogue, it wears its fandom for these genre mainstays on its sleeve, and brings with it a great heft of charm as a result. 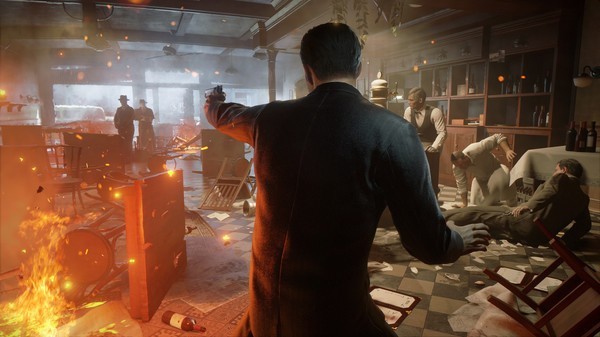 Mafia is something of an anomaly in open-world game design given that, despite Lost Heaven being a fair size, there’s little in the way of copy-paste side missions and soulless collect-a-thons to distract you – beyond collectible comic books, trading cards, and so on. The 20-mission, cutscene-stuffed campaign can easily be clocked in 8-10 hours, though you may well spend a few more calmly driving around the city and soaking in its glitzy, grimy ambience (the game also includes a Free Ride mode for those craving an especially chill, consequence-free cruise).

Indeed, perhaps the most immediately nostalgic element of the game is simply getting into a car and driving around. That said, it retains the wading-through-treacle awkwardness of the original, focused on “realistic” driving physics over something more manageable and, dare one say, fun. Though it takes some adjustment to get back into that early 2000s vehicular handling mode, ultimately there’s something giddily enjoyable about driving around the city with the utmost care, the speed limiter switched on as you desperately attempt to obey the law.

Combat is meanwhile a half-measure between old and new; melee attacks feel undeniably creaky and old-hat, yet never really irritate because they’re so simplistic and straight-forward. Gunplay isn’t bad by any means, even if the iffy mini-map makes it easy for enemies to get the surprise sneak on you, albeit mitigated by their hilariously poor A.I.

Furthermore, as much as the game gives you a wide arsenal of guns to choose from, you’re mostly advised to just stick with the starter pistol, given that it can score easy headshots and lacks the ridiculous recoil of the game’s more power-packing weapons. 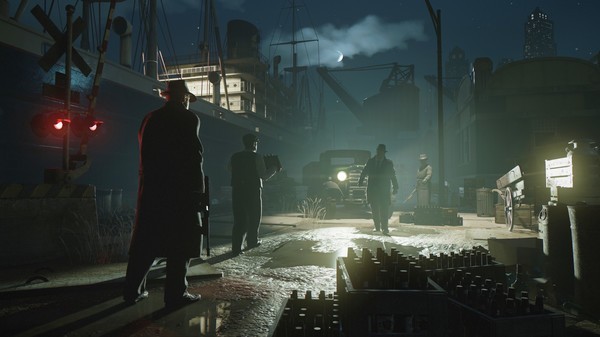 To get back to difficulty, those familiar with the original will likely remember its brutal and infuriating difficulty spikes, all of which have been mercifully ironed out here. The infamous “Fairplay” mission, in which players must participate in the Lost Heaven Grand Prix and which was so difficult the devs had to patch it originally, has had its infuriating, arguably unfair level of challenge nerfed considerably. Even the trickier gunfights later on all feel infinitely more manageable on Normal difficulty, though gluttons for punishment can still put themselves through the wringer with the almightily demanding Classic difficulty.

The gameplay’s general refusal to evolve much with the times perhaps speaks to its grander mission statement, which while a sizable aesthetic upgrade from the original, mostly sticks to what worked the first time. The genre has changed a lot in the last two decades, but despite Mafia’s visual makeover, the moment-to-moment gameplay doesn’t feel worlds different. That said, the most involved action sequences are still enormously thrilling even while undeniably showing their age.

Aesthetically, however, it is one hell of an improvement for the 18-year-old game, with Mafia III devs Hangar 13 offering up an impressively comprehensive ground-up recreation, complete with gorgeous new cinematics. Lost Heaven truly does feel like a real, living and breathing locale, the environments of which really come to life when rain-soaked at night, while interiors are also surprisingly detailed. It does have to be said, however, that the lack of HDR support for PC players is extremely disappointing.

Just as evocative as the visuals, though, is the superb audio package. Mafia III composer Jesse Harlin is back with a vengeance here, delivering a soulful, nerve-jangling score which is beautiful in both moments of calm and especially the game’s more cinematic, grandstanding set-pieces. Elsewhere the radio stations accessible while driving further compliment the period aesthetic, with era-appropriate music and some fantastically convincing commercials and news reports. 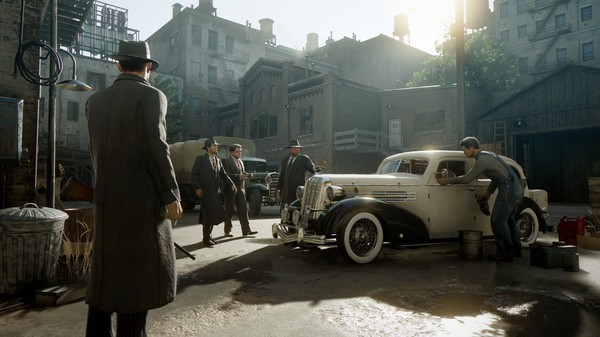 Voice-acting is meanwhile ludicrously entertaining throughout, even if many of the performances ultimately feel like attempts to impersonate Ray Liotta – with varying degrees of success. Glenn Taranto’s exceptional performance as the stoic Don Salieri, however, might be the single one which truly sounds like an honest-to-God, real-life human being. If you’re rocking a surround sound system, it’ll get quite the workout here; driving by an overhead subway and hearing it pan past your speaker setup is intoxicatingly immersive.

By the time I was done with Mafia: Definitive Edition, I found myself admiring its efficient storytelling and gameplay loop, even if I also perhaps wished it wasn’t quite so breathlessly paced. Some more downtime between intense firefights would’ve made the experience feel even more lived-in and not such a sprint to the finish line. As a result, Tommy’s rise through the mob ranks feels a little too expedient for its own good, though this is certainly preferable to an overbaked, time-sapping 30-hour slog.

This is by no means an overwhelming overhaul and not without its glitchy wrinkles, but it’s nevertheless a smartly pragmatic compromise between gaming epochs; a laudably comprehensive visual update which retains the classic gameplay – for better and sometimes worse – of the original.

Though it’s easy to forget just how impressive Mafia’s achievements were back in the day given how far the cinematic action-adventure game has come since, this stately, effort-filled remake manages to both preserve its original glory and provide a substantial visual upgrade. If Mafia: Definitive Edition‘s gameplay hasn’t moved far beyond 2002, it’s still a gorgeous, reverent glow-up which should satisfy fans both old and new. 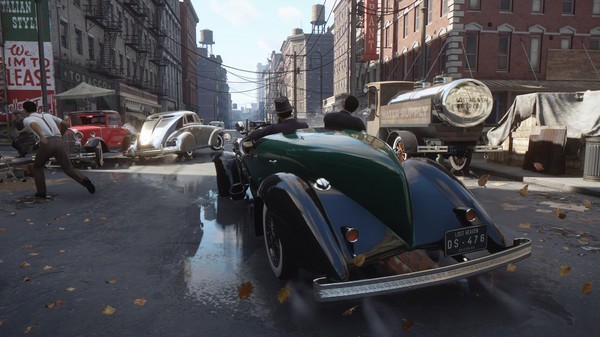 Cons:
– Dated gameplay may frustrate some.
– Pacing is a little too fast for its own good.