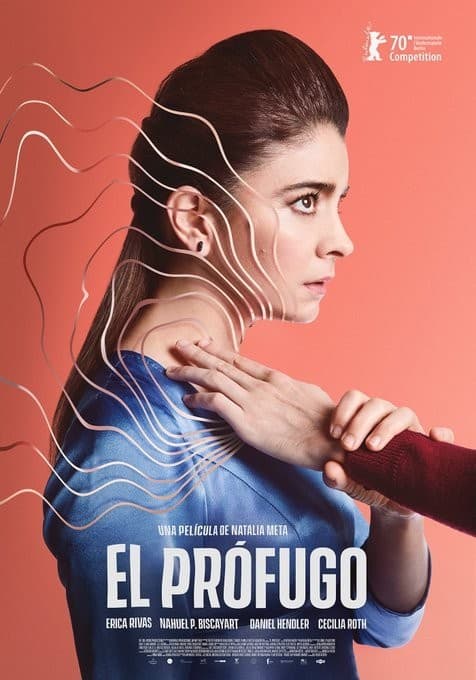 The story of Inés, a young woman who after a traumatic episode during a trip with her partner begins to confuse herself between the real and the imaginary. 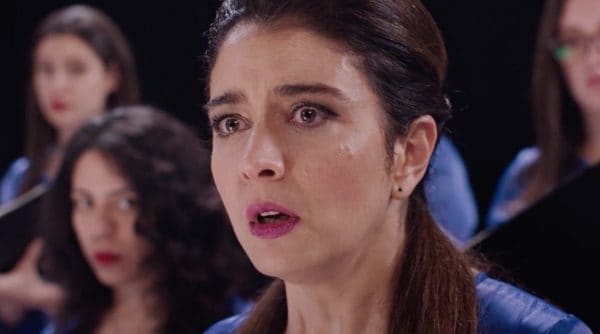 Sound is a wholly undervalued aspect of filmmaking, and so any film which draws attention to it – especially when it’s a splashy genre feature – is most certainly welcome. And though Natalia Meta’s (Death in Buenos Aires) second feature doesn’t manage to stick a satisfying landing, for the bulk of its runtime it offers up a compellingly off-kilter quasi-horror romp.

Voice actress and singer Inés (Érica Rivas) finds her life turned upside down after a traumatic holiday with her boyfriend, Leopoldo (Daniel Hendler). Beyond experiencing nightmares, she suffers through auditory and visual hallucinations while awake, seemingly having a psycho-somatic impact on her ability to perform. Worse still, her recording sessions are underscored by electro-magnetic issues which seem to suggest that an untoward force has somehow tethered itself to Inés.

From the logline alone, Berberian Sound Studio will be the film’s most obvious touchstone, despite being loosely adapted from C.E. Feiling’s novel “El mal menor.” Meta fuses a dishy dive into the under-explored craft of film sound design with a giallo-inspired style and tone, not to forget a dash of Brian De Palma-branded nutso voyeurism.

Despite the obvious gonzo potential of such a setup, the bulk of Meta’s film is defined by considerable restraint – the neon lighting of the recording booth and increasingly unsettling hallucinations might suggest an incoming rollercoaster ride of supernatural interlopers and jump scares, but it never quite goes there.

For the majority – and definitely in its better portion – Meta delves into the psychological aspects of Inés’ unraveling. Though mental illness has been thoroughly well-mined in the horror genre, filtering it through the lens of a voiceover artist whose voice is beginning to fail them makes for a novel twist.

But where is it all going? This sadly seems to be a question Meta herself is unsure of how to answer, as despite a compellingly ambiguous first hour cluttered with possibilities but no clear-cut answers, act three gets frustratingly close to outright schlock as it hurriedly staples a number of half-formed ideas into the fold. When it attempts to give Inés’ condition a strict explanation, it becomes decidedly less interesting, and even then, the ending leaves enough up in the air that neither camp is likely to be satisfied. 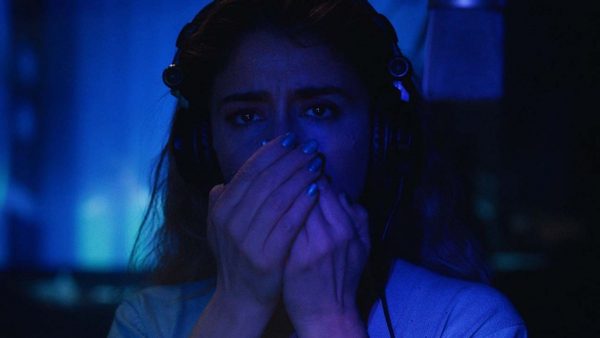 Though shot and edited with skill while tipping its hat to its genre forebears and paying the necessary attention to its dynamic sound design, The Intruder largely works thanks to the committed effort of Érica Rivas in the lead role. Beyond her inherently striking look, she’s asked to carry all of the film’s many possible outcomes on her shoulders, keeping things wide-open until Meta decides to settle on something approaching conclusive(ish) meaning.

While on the surface much of this core premise has been well-trod by cinema over the last few decades, the film’s first two acts offer up a creative spin on the idea of the mind as one’s own worst enemy. Érica Rivas’ sensational performance rescues an enticing horror film which nevertheless struggles to conjure a satisfying resolution.