Oswin Benjamin has been in the music industry over ten years and was born in Brooklyn but raised upstate in Newsburg, New York. He has appeared and collaborated with musicians like Robert Glasper, Royce da 5’9, Lupe Fiasco, Chris Rivers and Styles P of The Lox. His role as D in The Forty-Year-Old-Version represents Oswin’s first time on film. He recently took time out to talk to Martin Carr about his involvement in the project. 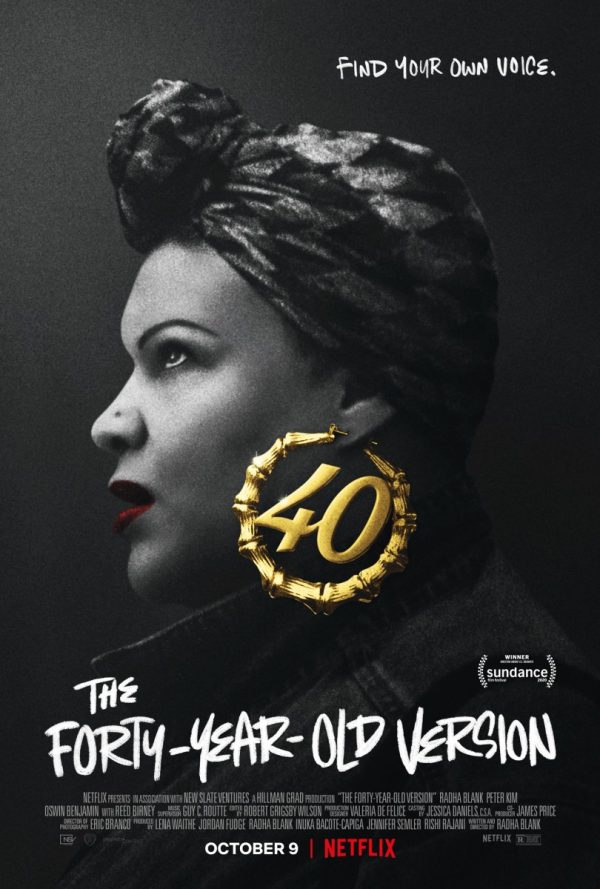 To what extent did the musical elements of this film influence your decision to get involved?

I didn’t know what music was going to be in the film prior to attending auditions. After getting the role, being on set and seeing all these Hip Hop elements I was a lot more comfortable having already come from that world.

You have a very natural on screen presence and I wanted to know how Radha contributed in terms of developing your character?

First of all I appreciate that, thank you, but for me it was extremely nerve racking as I had never acted before. This being my first time Radha was very vocal in terms of making me feel welcome. There was a lot of room for error and also space for us to build on the character together, which was amazing considering this is very much her autobiography. To be playing someone who may really have been a part of her life and being walked through that, with the grace she did it made me really comfortable parting the part.

What were the creative conversations like with her in regards to making D this tangible character on screen?

I remember before the official table read we would meet up just to go over lines and give it a very natural feel. Creatively it would be trying to establish the intention of each line by reading either side of it then talking it through. There was a lot of discussion around what this would mean to me in a real situation, how authentic these words felt to me and whether I would say something like that. If not then we would tweak it a little bit so things would feel more natural. Radha allowed me to have a say in the role even though it was something she created, which for me being creative on another plain, brought about a very immediate sense of comfort. 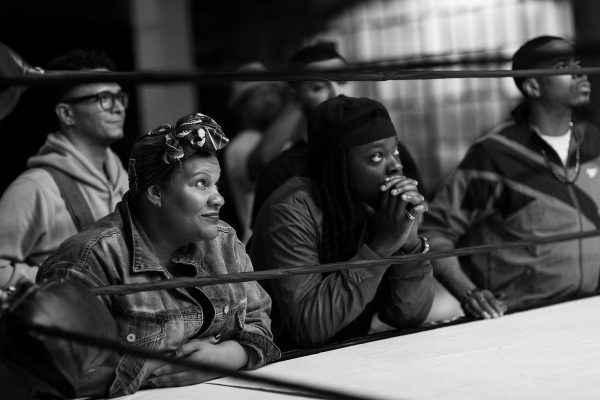 The film itself addresses a lot of contemporary issues in terms of persona and cultural identity, personally was there anything which resonated for you?

Firstly thing there was the age element and this misconstrued narrative that your purpose and your passion comes with an expiration date. That was the main thing which resonated with me and also just being African American and having to alter your creative voice. Not being able to say exactly what it is you want, because you have to fit into a narrative which was in place before you got there. So in order to sell you have to silence what it is you really feel. This is something I have encountered making music, or contended with performing at venues which have been predominantly white, making me consider whether I should adjust my set. So going in and reading the script those issues felt very real to me, which also contributed positively to the acting and allowed me to put my best foot forward in this film.

The chemistry between yourself and Radha really grounded the film for me, how did that connection help enhance your performance?

That’s a great question. If you are talking about that one particular scene and I am being really honest, this is something I have never had to do before on camera. Every day I went onto set with no idea what we would be shooting, but every day I would be expecting it to be that scene. We finally shot it on my last day and by that time we had shared conversations, bonded over experiences and I was a bit more comfortable. Rather than day one I have to get in bed with a stranger, so from that perspective I was really glad that was my last day. At that point as I said, we knew each other and I had a better understanding of acting in terms of craft and we also had a working relationship. Those scenes where I was being intimate or it was more conversational came more naturally once we began to invest in each other personally.

What do you think New York City as a location brings to this film?

I think I might be a little biased being from here, but In terms of authenticity the Bronx was the birthplace of Hip Hop and as much as this is a love story to theatre, I feel it looks at Hip Hop the same way. Radha shows it in a way never seen before with no bravado or unnecessary misogynistic overtones. Seeing it in a softer and more intimate light proving there is love in Hip Hop and vulnerability through the stories. So for me that New York was the place Radha chose to shoot this film is very telling. 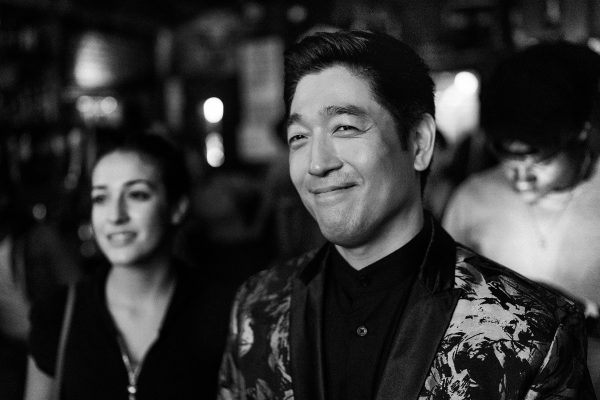 What do you think this film says about our need to create?

I feel like the main take away from this film for creatives either in the arts or other professions, is that there really are no limits in terms of time. Your passion and your purpose will never expire whatever field of expertise you work in. With Hip Hop you can be an act coming in at forty but you hear these mantras about it being a young man’s game. This film is there to inspire anyone who is burdened with the ideology that you need to be a certain age to get your dreams accomplished.

What are your key considerations you weigh up before signing onto any project either in terms of film or music?

That is a very good question and easier for me to answer musically. I have been involved in the music industry for ten years plus. So musically I have found my voice and know what it is I want to talk about. How I want to be portrayed and the stories I want to tell. Just as I know the conversations and images I would shy away from just in terms of my legacy. As far as film or acting is concerned I would want to keep the same narrative. What is it I can be and properly portray, not just as a voice but as a black man in America now, trying to enhance how we’re seen rather than adding to the conversations which undermine us.

Can you describe for me your perfect Sunday?

My perfect Sunday would be waking up at a decent time, with the temperature between sixty five and seventy eight degrees. Me and my wife taking a drive then going to a restaurant which we have never been to before; but it’s good though and not a wasted trip. Probably ending it off with a great night cap, good conversation and a movie.

Oswin I would like to thank you for taking the time to talk to Flickering Myth today, take care.

The Forty-Year-Old-Version is available on Netflix now. Read our review here.