Before she takes on the role of Jill Valentine in the Resident Evil reboot, Ant-Man and the Wasp star Hannah John-Kamen is set to star in the creature feature horror The Little People, and we’ve got a first look image of the actress alongside her co-star Douglas Booth (The Limehouse Golem) in the new film… 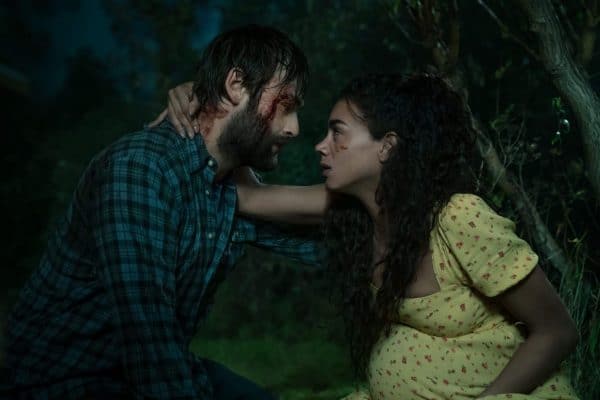 Directed by Jon Wright (Grabbers, Robot Overlords) and described as “Gremlins meets Straw Dogs”, The Little People sees John-Kamen and Booth playing a couple who escape their urban nightmare to the tranquility of rural Ireland only to discover malevolent, murderous goblins lurking in the gnarled, ancient wood at the foot of their new garden.

Along with John-Kamen and Booth, the film also stars Colm Meaney (Tolkien), Jamie-Lee O’Donnell (Derry Girls), Chris Walley (The Young Offenders) and Kristian Nairn (Game of Thrones). Filming has just wrapped ahead of a planned 2021 release from Warner Bros.