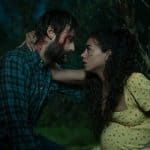 Before she takes on the role of Jill Valentine in the Resident Evil reboot, Ant-Man and the Wasp star Hannah John-Kamen is set to star in the creature feature horror The Little People, and we’ve got a first look image of the actress alongside her co-star Douglas Booth (The Limehouse Golem) in the new film… […]