IFC Films has released a poster and trailer for the upcoming drama Stardust which stars Johnny Flynn as David Bowie, and follows the young music icon as he is sent to America in 1971 to promote his latest record and embark on a coast-to-coast tour; take a look here… 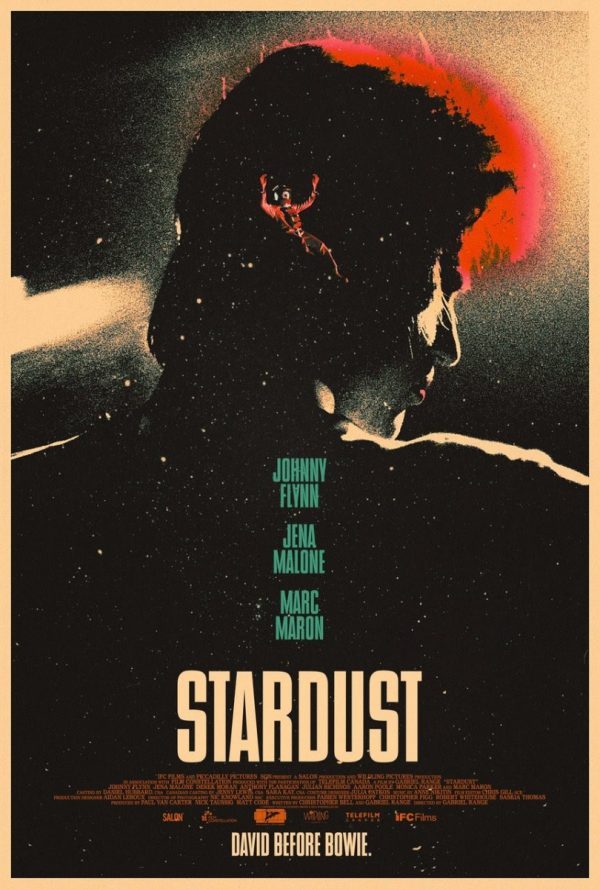 David Bowie is one of the most seminal legends in music history; but who was the man behind the many faces? In 1971, a 24-year-old fledgling David Bowie (Johnny Flynn) is sent to America to promote his newest record, The Man Who Sold the World. Leaving behind his pregnant wife Angie (Jena Malone), Bowie and his band embark on a makeshift coast-to-coast promotional tour with struggling Mercury Records publicist Rob Oberman (Marc Maron).

Stardust is directed by Gabriel Range and features a cast that also includes Jena Malone and Marc Maron.

It is set for a theatrical and VOD release on November 25th.