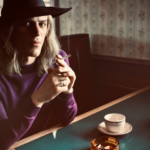 Film Constellation and Piccadilly Pictures have unveiled a first look image of Johnny Flynn (Beast) as legendary musician David Bowie in Stardust, the upcoming biopic from Emmy Award-winning director Gabriel Range (Death of a President) and screenwriter Christopher Bell (The Last Czars). Meet David before Bowie. One of the greatest icons in music history; But […] 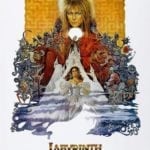 Tom Jolliffe goes deep underground in the Labyrinth to uncover a darker underbelly… Celebrating its 33rd anniversary, the cult kids classic, Labyrinth has grown in reputation over the years. Initially an unsuccessful theatrical release, critically dismissed (as many kids films tended to be then), it has spent the best part of 32 years invading the […] 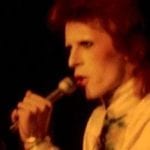 Screen Daily is reporting that Johnny Flynn (Beast) is set to play the music icon David Bowie in a new biopic entitled Stardust, where he’ll star alongside Jena Malone (The Neon Demon) and Marc Meron (GLOW). Stardust is being directed by Gabriel Range (I Am Slave, Death of a President) from a script by Christopher […] 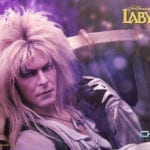 Sideshow has unveiled a batch of images for Chronicle Collectibles’ 1:4 scale Jareth statue which is based on the likeness of David Bowie as the Goblin King in the cult fantasy adventure Labyrinth. It is available to pre-order now, priced at $1,250.00 and is expected to ship between October and December 2019; take a look here… […] 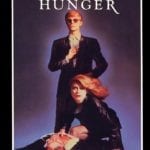 The Hunger, 1983. Directed by Tony Scott. Starring Catherine Deneuve, David Bowie, Susan Sarandon, Cliff De Young, and Beth Ehlers. SYNOPSIS: A scientist specialising in the research of ageing and sleep finds herself at the centre of a love triangle between two centuries old vampires. One of my running themes this year has been to […] 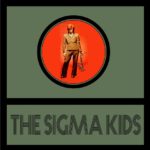 Sigma Kids, 2018. Directed by Anthony Crupi. Featuring Patti Brett, Marla Kanevsky, Carlos Alomar, and David Bowie. SYNOPSIS: A documentary about David Bowie’s time in Philadelphia and the fans who waited for him outside Sigma Sound Studios. Young Americans wasn’t the first album David Bowie recorded after breaking with the Spiders from Mars (that was […]

With the recent 40th anniversary of the death of Elvis, here is a look at those music stars who made a transition to film. Some were more successful than others. Some made a fleeting crossover and some are best forgotten as far as their film careers went… In terms of the King, Elvis has an […]

McFarlane Toys has unveiled its upcoming Jareth figure which is based on the likeness of David Bowie as the Goblin King in the cult fantasy adventure Labyrinth. Standing at seven inches tall, the figure is depicted in his velvet tailcoat from the iconic Ballroom dream sequence and includes a masquerade mask and crystal orb; check […]

On the anniversary of his passing, CinEvents has announced that it is set to celebrate the life and music of David Bowie this march with a one-night only theatrical re-release of the concert film Ziggy Stardust and the Spiders from Mars. Directed by pioneering rock film-maker D.A. Pennebaker, this documentary and concert film captures Bowie […]