George R.R. Martin, the author of Game of Thrones, has revealed how Hodor’s death won’t be quite the same in The Winds of Winter. 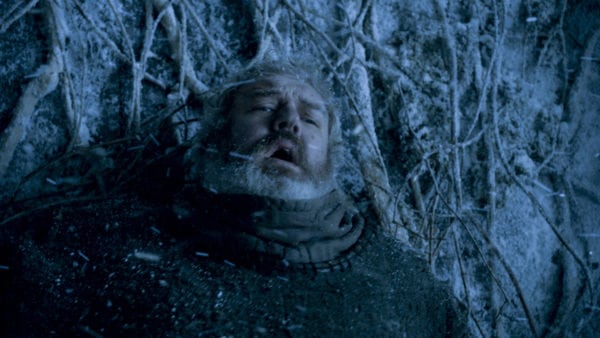 Game of Thrones is packed full of memorable and often shocking deaths, including the grisly and game-changing end of Hodor in season six.

The beloved character sacrificed himself for his friends by bravely ‘holding the door’ against the literal dead so that Bran and crew can escape with their lives. The scene is made all the more powerful because it is revealed that Bran was responsible for Hodor’s one-word vocabulary.

George R.R. Martin, the author of the books, was a fan of the scene but has revealed that Hodor’s death has a slight difference in his next book The Winds of Winter. Speaking in Fire Cannot Kill A Dragon (via ScreenRant), he said:

“I thought they executed it very well, but there are going to be differences in the book. They did it very physical – ‘hold the door’ with Hodor’s strength. In the book, Hodor has stolen one of the old swords from the crypt. Bran has been warging into Hodor and practicing with his body, because Bran had been trained in swordplay. So telling Hodor to ‘hold the door’ is more like ‘hold this pass’ – defend it when enemies are coming – and Hodor is fighting and killing them. A little different, but same idea.”

You can see why the show went for the more literal and simplistic approach but its literal differences like this that make the books well worth a read for fans of the series.