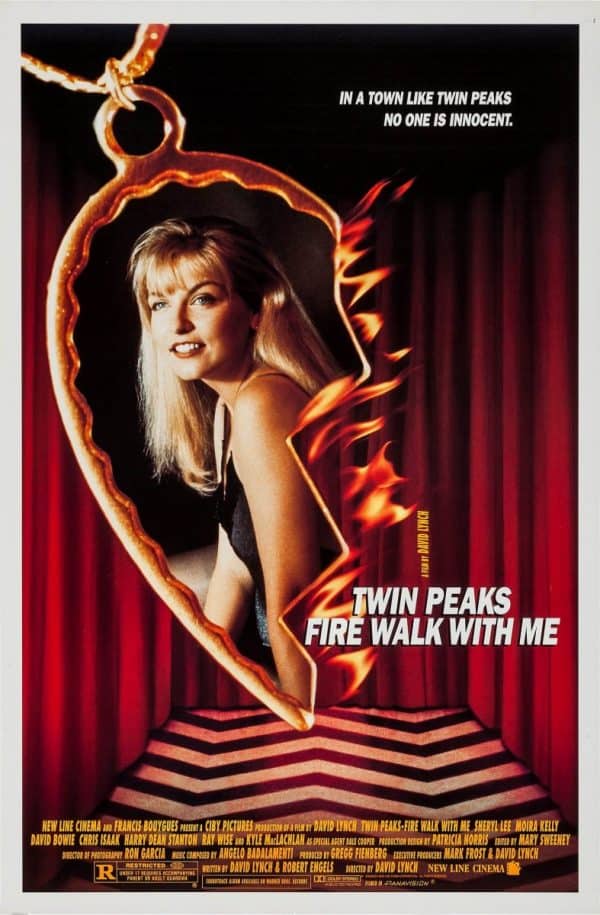 In the town of Twin Peaks, prom queen Laura Palmer struggles through a troubled life with sex and drugs, all the while attempting to uncover the identity of the mysterious figure who has been tormenting her since childhood. 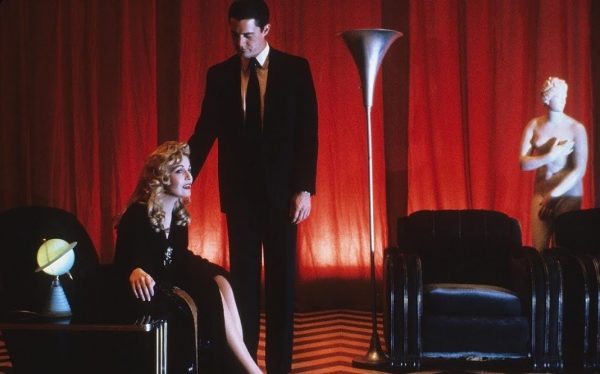 While initially debuting to strong viewing figures critical acclaim, Twin Peaks would ultimately be cancelled in 1991 after two seasons after the ratings had dried up and the critical praise waned. One year after it was pulled from the small screen, series co-creator David Lynch returned to take the titular town to the big screen with the dark and highly polarising prequel film Twin Peaks: Fire Walk With Me.

Taking place shortly before the show, albeit with a few cryptic moments taking place afterwards, Fire Walk With Me focuses on the character who, despite only ever appearing as a face on a video, a photo and a corpse, loomed large over the series; Laura Palmer. Laura’s story is unrelentingly bleak as she struggles to survive a life blighted by abuse. Her squeaky clean public image of the prom queen masking a life of drug addiction and prostitution. The plot is difficult to discuss without spoiling the show, but I will say that it does fill in a few of narrative blanks left by it, while also creating a few more mysteries that wouldn’t be solved until the revival 25 years later. 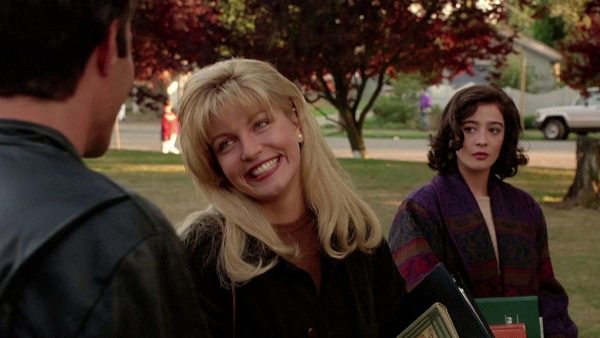 The cast of the film is made up of a handful of returning characters from the TV show, with the key returning players being Sheryl Lee and Ray Wise returning to the roles of Laura and Leland Palmer respectively.

Lee and Wise are the film’s greatest assets, Lee especially, clearly relishing the chance to finally do more with Laura, creating a layered tragic character whose torment has led her down a dark path. Ray Wise, whose performance in the TV show I consider its best, is again on stellar form as Leland, perfectly capturing both the sweet loving father, as well as the subtle hints at the darkness lurking behind his kind exterior.

Kyle McLachlan makes a welcome reappearance as Dale Cooper, the eccentric FBI agent who led the original show. Although, disappointingly his appearance is nothing more than a glorified cameo that has little to do with the overall plot. 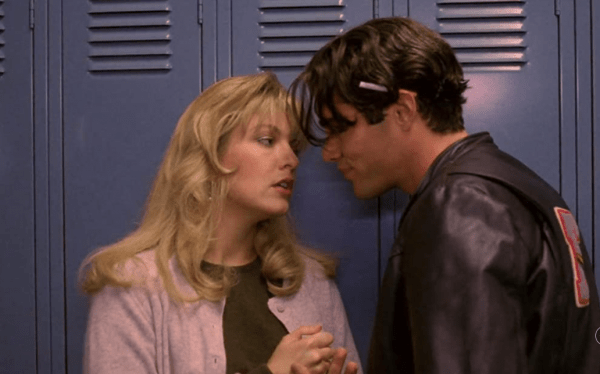 While Cooper at least appears, albeit briefly, much of show’s cast, such as Sheriff Harry S. Truman, ended up on the cutting room floor leaving the town feeling a tad underpopulated. Although their scenes can be seen in The Missing Pieces, a sort of a feature-length deleted scenes compilation you can find on the Twin Peaks boxset.

In place of characters from the show, the film’s supporting cast features appearances from the likes of Kiefer Sutherland (thus giving us the closest thing to a crossover between Twin Peaks and 24) the late Harry Dean Stanton (who is always great) and Jurgen Prochnow who appears for mere seconds and is never mentioned again. The weirdest addition to the cast is a small cameo from David Bowie (sporting a questionable Southern accent) as supposedly vanished FBI agent Phillip Jeffries. 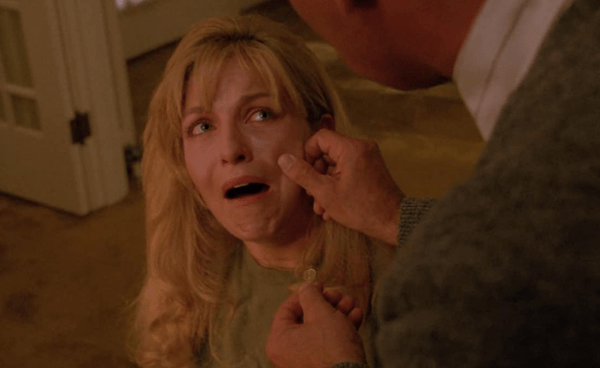 Bowie’s appearance feels pointless, his scenes consisting of rambling about someone called “Judy” before vanishing again. Seemingly serving little purpose other than to give Lynch another excuse to show some more surreal imagery and a superstar cameo. However, this scene actually does have a point. It would just take 25 years to reach it.

The film’s overall look and tone is much darker than the show, with Lynch using the freedom of film to add more graphic violence, sex and nudity. This new freedom to show and do more, allows Lynch to show more explicitly what could only be hinted at on television, tackling difficult subjects such as rape and child abuse, particularity with the revelation as to who has been abusing Laura since childhood. The scene of Laura’s murder, which was not shown in the TV show, is depicted in a shockingly violent display and, after everything she’s already suffered, feels particularly cruel and nasty. 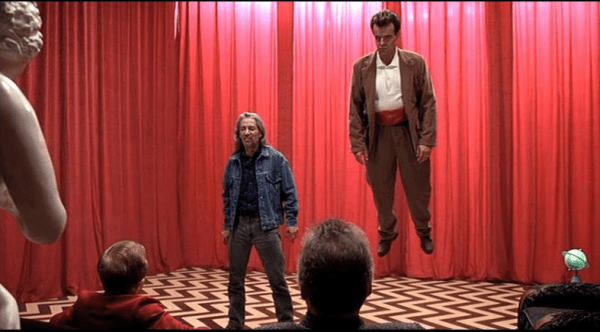 A common complaint from fans of the show that was levelled at the film when it released was that, while it filled in some blanks, it didn’t resolve the lingering plot elements left by the cliffhanger ending of season 2. However, given that we eventually got an 18 episode long resolution, I think I think this problem has been solved. Perhaps the main issue (or benefit depending on your opinion) is that, instead of feeling like an expansion of the show, Fire Walk With Me instead feels more like your prototypical David Lynch film. Dialling down the quirky humour of the show while also ramping up the surreal, often nightmarish imagery for which the director is known. The imagery on display is beautifully shot, offering much to analyse for those who wish to do so, but it does feel like Lynch is merely using it as an excuse to show what he couldn’t get away with on TV.

Leaving aside its relationship to the TV show, Twin Peaks: Fire Walk With Me is a depressing, strange, horrific yet fascinating film. While it has its issues, the terrific performances from Sheryl Lee and Ray Wise, the darker tone and stunning visuals, make this film essential viewing for fans of the series, serving an effective bridge between the original TV series and the eventual revival. Check it out if you’re curious.