Super.com and G1 Playground have announced the Early Access release of their cute pixelated zombie apocalypse survival game, Zelter, on Steam.  This cute and colourful take on the rise of the undead will see players fighting off zombie hordes to prevent becoming walking corpse fodder.  A 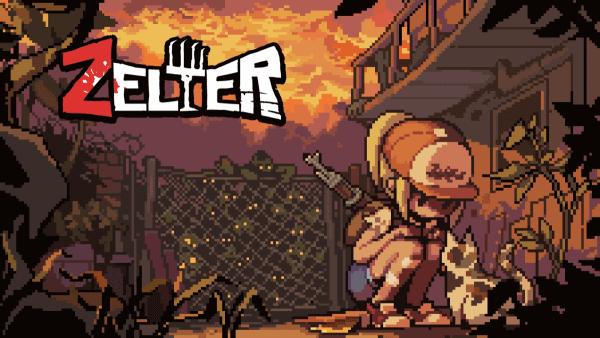 In Zelter, lead a lucky survivor through an atmospheric world filled with the undead.  Use skills to craft tools and equipment, explore the neighbouring area to gather supplies and create a farm to grow your own food.  Prepare to fight for your life and blast the hordes of regular zombies and more mutated and dangerous variants.

The developers will continue to gather feedback from players during the early access phase and create community-driven content to expand and improve the game.

Zelter is available no on Steam Early Access with a limited time 10% discount available until 2nd November.