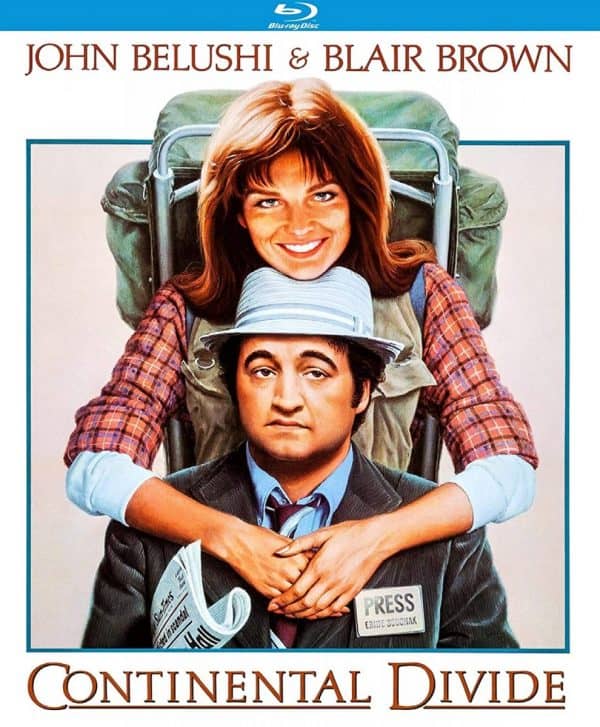 Continental Divide was a box office failure, but it has found a small audience over the years among fans of John Belushi, as well as those who admire writer/director Lawrence Kasdan, who penned the script. You can count me in both camps, so I appreciated the chance to check out this new Blu-ray from Kino Lorber. 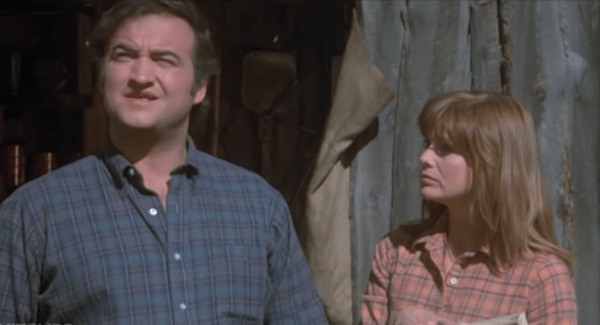 Continental Divide flopped at the box office in 1981, but it’s worth looking back on today for several reasons. It showed that John Belushi could take on more serious roles, something I think he would have continued to try had he not died the following year. In addition, its script by Lawrence Kasdan catapulted the writer into the Hollywood ranks and led to him working on the screenplays for Raiders of the Lost Ark and The Empire Strikes Back before embarking on a career as a writer/director.

In addition, it’s actually a really good film. Perhaps it performed poorly at the box office because audiences were expecting screwball John Belushi, rather than a serious John Belushi with some comedic moments. Or maybe it failed for a number of other reasons – film history is full of films that became fan favorites on home video after underwhelming ticket sales.

Belushi plays Ernie Souchak, a hardscrabble Chicago Sun-Times columnist who’s investigating a corrupt city alderman. When his digging gets him too close to the truth and a couple police officers rough him up, his editor decides to send him on a new assignment to the Rocky Mountains, where he will write a profile of the reclusive Dr. Nell Porter (Blair Brown), who’s working on important bald eagle research. 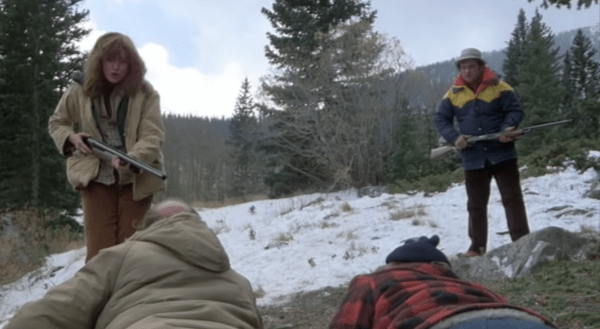 The middle of the film is a classic city mouse/country mouse story, as Ernie tries to live without city comforts and Nell warily lets him observe her research. Ernie has two weeks with her to get his story, but the two fall in love and he returns to Chicago a head-in-the-clouds romantic who’s no longer interested in writing his hard-hitting columns. The death of a key informant changes his mind, though, and when he learns that Nell is coming to the city to give a lecture, he realizes that he has to make a decision about his future with her.

My wife and I revisited the film on this new Blu-ray from Kino Lorber, since it’s a movie she also remembers fondly. She pointed out something that struck me: Belushi was an incredibly expressive actor, even when he was delivering more serious lines. More importantly, he was great at it when he simply had to non-verbally make a decision, as he does several times during the film. All of us knew he was great at broad comedy, but it was those subtle moments that made him a good actor who had a chance to become great, if he had gotten the opportunity.

Kino Lorber released this film without an indication that it was restored, but the print available here is in pretty good shape, with little in the way of blemishes or other image issues. I’m sure it would look even better if Kino had the budget for a restoration, but I doubt their sales projections supported that. This is also the movie’s first time on Blu-ray, so there are no previous editions to compare it to. 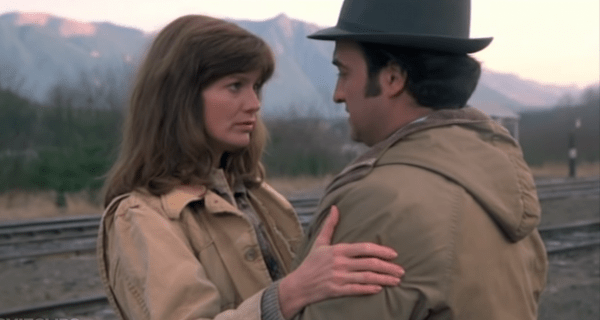 Continental Divide was previously released on DVD, but I believe that was a bare bones release. This one features the trailer as well as an audio commentary by film historians Daniel Kremer and Nat Segaloff. I believe the commentary is new. Kremer is also a filmmaker and Segaloff, among other things, also produced an episode of A&E’s Biography series about Belushi.

Kremer drives the discussion, giving us the background details about the film and the onscreen and off-screen folks involved in it while bringing in Segaloff to add more commentary, particularly about Belushi. If you’re a sports person, Kremer is like the play-by-play guy while Segaloff provides the color commentary. It’s a worthwhile listen if you’re a fan of the film and/or the folks involved in it.

Trailers for other movies that Kino Lorber is bringing to Blu-ray, including D.C. Cab, Bustin’ Loose, and Gorky Park, round out the platter.