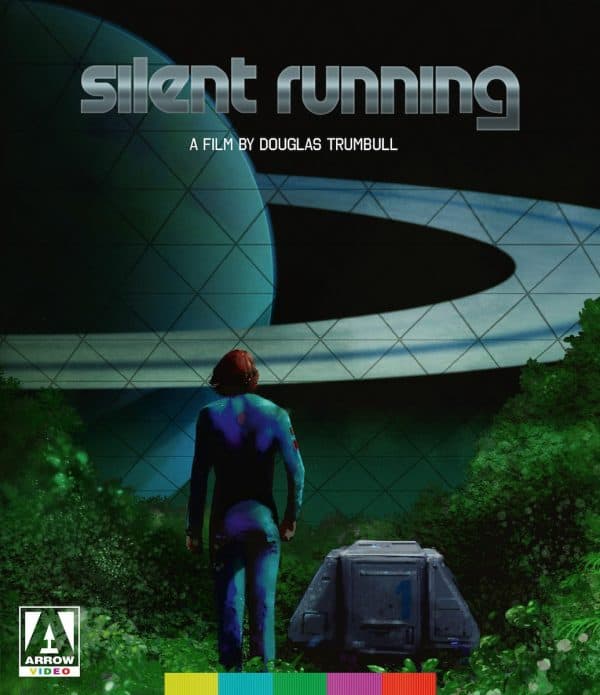 Douglas Trumbull’s minor classic Silent Running arrives on Blu-ray again with a 2K restoration along with some new bonus features, a batch of extras ported over from previous editions, and a booklet with two essays. It’s a must-have for fans of the film, and it’s typical of the great job Arrow Video is doing these days with their releases. 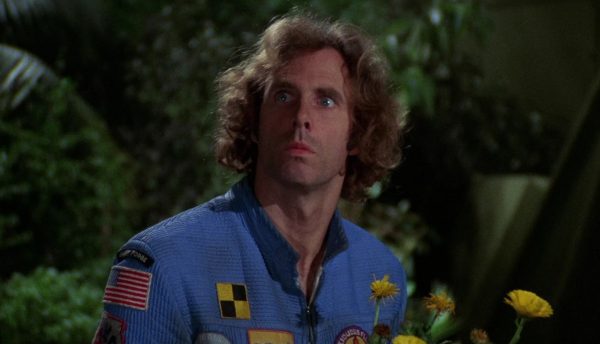 Some movies manage to transcend the time in which they’re made. Others remain forever stuck there, a product of their era. Silent Running falls in the latter category with a story that can be heavy-handed at times, thanks to the environmentalism that was latching onto the public’s consciousness in the late 60s and into the 70s.

Environmentalism isn’t bad, of course, and Silent Running’s message is, sadly, just as relevant today as it was back then, if even more so during a time when we’re precariously close to a tipping point. My main issue is that the message is slathered on with a thick coat of sentimentalism that was common back then.

But that’s not to say this is an awful film either. It has its merits, and it’s a film I enjoy overall, even if I cringe a bit during certain moments. The story is a fairly simple one: In the future, an unexplained environmental catastrophe has forced the creation of starships with bio domes attached to them. These domes house various kinds of environments, such as rain forests and deserts, in an attempt to keep those eco systems alive, since they can’t survive on Earth. 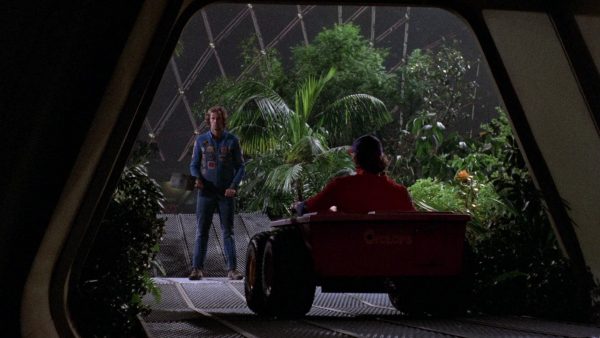 Bruce Dern plays Freeman Lowell, a botanist aboard one of those ships. His crewmates are the kind of guys who like to drink, play cards, and follow the orders they’re given. When the order comes through to shoot the bio domes into space and return to Earth, Freeman takes drastic action against his crewmates to assume sole control of the star craft. He’s assisted by a trio of two-legged drones that he names Huey, Dewey, and Louie – it’s not hard to see how the robots may have influenced George Lucas when he was working on his own science-fiction film.

Freeman sets a course for deep space, but he knows that eventually his cover story will be blown and one of the other ships will head his way. The film’s conclusion is also a product of its time, a bittersweet ending that sees the hero partly achieve his goal, but at a steep cost.

Arrow Video has issued a new Blu-ray of Silent Running that features a booklet with a pair of essays, a 2K restoration approved by director Douglas Trumbull, and a smattering of bonus features. I last watched Silent Running on a cruddy pan-and-scan VHS tape way back when, so the greatly improved picture quality was eye-opening for me. However, the enhanced resolution also highlights the main flaw in the visual effects: the starship looks so much like a plastic model that it’s hard to suspend disbelief when viewing the outer space shots. That was a bit surprising to me, considering the fact that Trumbull worked on the visual effects for 2001: A Space Odyssey and other movies. 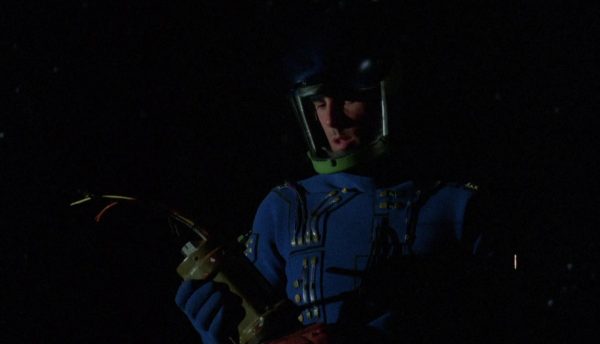 Moving on to the bonus stuff, I’ll start with the new extras: 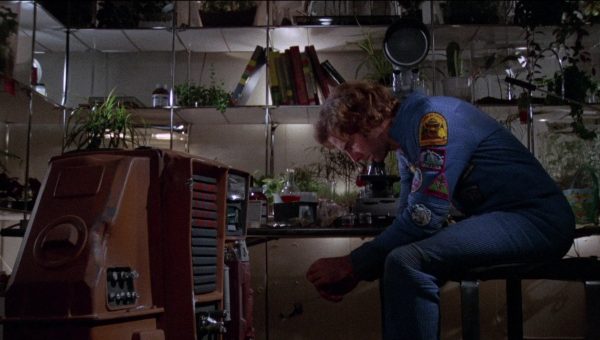 An isolated music score and a behind-the-scenes picture gallery round out the new bonus features. The following items were ported over from previous editions: 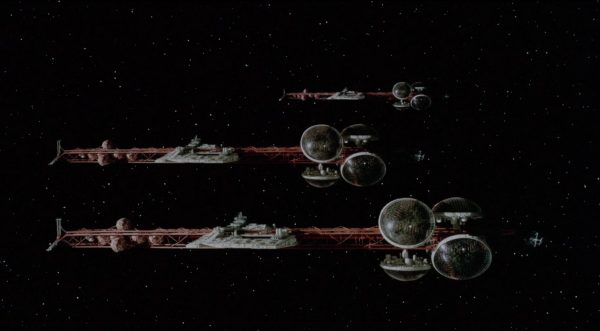 A theatrical trailer rounds out the platter. I don’t have any previous home video editions of Silent Running, so I don’t know if anything is missing from the bonus features.