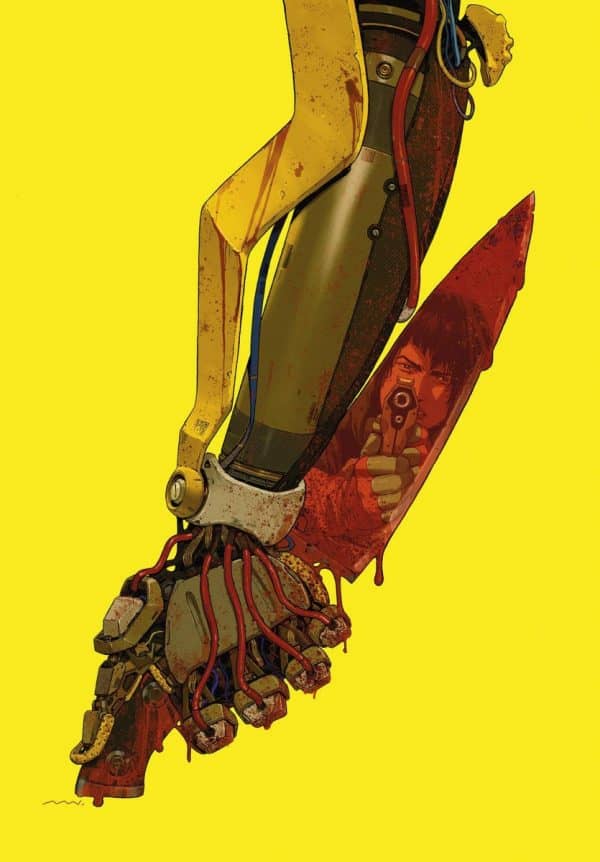 Cyberpunk 2077: Trauma Team has so far delivered an emotional rollercoaster of violence, loss, grief and vengeance. That is a lot to fit into two issues so far, as we move into issue #3, we find the horrific situation that Nadia has placed herself in.

When the monster that wiped out her former squad turns out to be the new mission client, her emotions got the best of her and simply put the entire mission in danger. We find ourselves at a crossroad of tensions as we delve into issue #3; Nadia has compromised the mission and her new team do not like what has happened. The ability to separate the job from her personal feelings shows a clear line that these Trauma Teams are trained to deal with.

Nadia as a character seems to value her moral code higher than the job in this current issue, where her humanity shines through more than anyone else on the page. There does appear to be glimpses into her past somewhat briefly that allow us to back up her current actions with that of her past. There is an odd glimmer of humanity mirrored within our assassin character as well, who tells the Trauma Team to relax and let Nadia try to help people who are not paying clients.

Cyberpunk 2077: Trauma Team #3 plays out wonderfully, especially for anyone who has seen films such as The Raid, as we see a tower block theme with an extremely hard escape ahead. There is always one incredibly epic fight scene in all of those films, and this issue certainly does not miss out that trope. A twisted harmony of blades and blood fleck the panels of this comic with an unnerving dance of death.

The art direction in this issue is utterly flawless; the backgrounds flickering constantly to help you separate different conversations that take place in different times. A fractured and twisted mess that not only made sense, but delivered to reinforce the moral choices presented when dealing with the impossible situations that find themselves in.