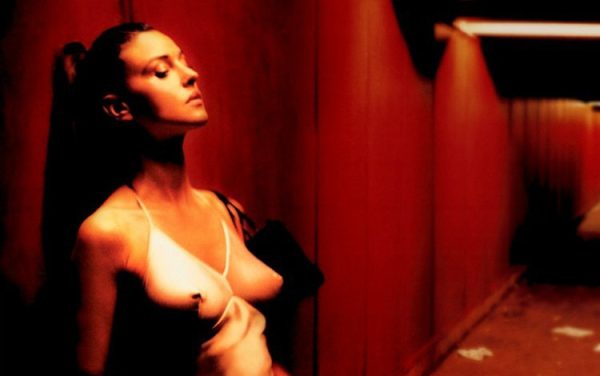 Irreversible (2002) features strong language, sex, violence and sexual violence in its tale of a woman raped in a subway and whose boyfriend and ex-lover seek a bloody revenge on her attacker. When shown at the Cannes Film Festival, the graphic violence and rape scene caused audiences to walk out appalled. Like Baise-moi (2000) the film already had a reputation before it arrived in England. The length of the rape scene at 9 minutes also set alarm bells ringing. 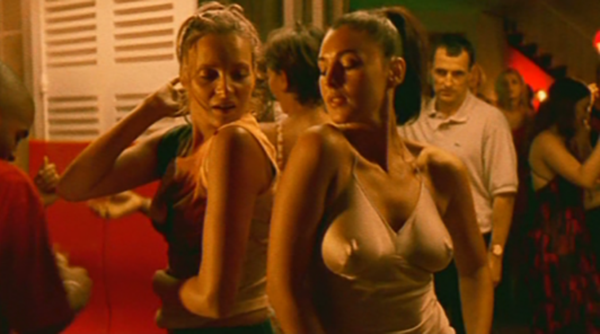 The film begins with two men Marcus and Pierre (Vincent Cassell and Albert Dupontel) arrested by police and being taken out of a gay bar. Marcus’s arm is broken and so he is taken away in an ambulance. Another man with his face smashed in is also being taken away. Marcus and Pierre had entered the gay bar searching frantically for a man called Le Tenia. Marcus thought he had found him but attacked the wrong man and got his arm broken. His attacker was about to rape him but Pierre used a fire extinguisher to smash Marcus’s attacker’s face in. Marcus and Pierre had traveled to this place after being tipped off by a transvestite prostitute that her pimp Le Tenia was responsible for the rape and beating of Marcus’s girlfriend Alex (Monica Bellucci). Alex had left a party alone and decided to use a subway. She had then encountered Le Tenia beating the transvestite prostitute who managed to get away. Le Tenia had then turned his sights onto Alex and raped her at knifepoint before smashing her face in. 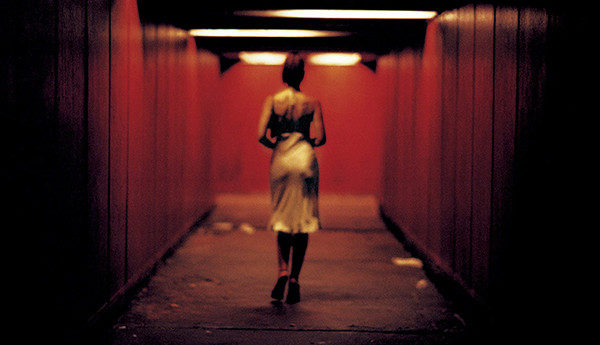 The film features a striking credit sequence which sets the tone and style with the credits written backwards and moving diagonally off the screen. The film also has a very impressive visual style with the camera constantly in motion and unusual camera angles deployed throughout. The minimalist soundtrack also adds to the overall disoriented feeling. The sequence where Marcus has his arm broken by the man in the gay club is shockingly realistic as is Pierre smashing in the attacker’s face with a fire extinguisher. These violent scenes are bearable due to the constant movement of the camera. The rape scene does not however employ any fancy camerawork and is shot directly and brutally. After Le Tenia has sexually assaulted Alex he brutally beats her leaving her face battered and bruised. Alex struggles relentlessly through her ordeal and keeps on screaming and yelling for help as Le Tenia holds his hand over her mouth. 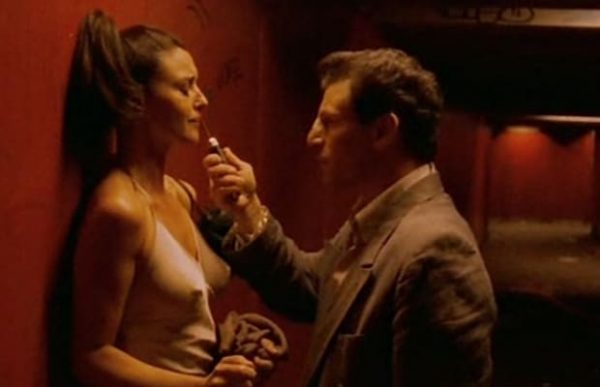 The film was released uncut by the BBFC due to its very unglamorous depiction of rape and violence. Surprisingly the Daily Mail was also upset with this film, despite its message being rather more obvious than that of Crash (1996). It was rather unfortunate that the film’s rape scene would distract from a rather skillfully made film. The reverse narrative means that the audience anticipate awful things are to happen to the protagonists. As the film builds to its ‘happy’ ending there is an undeniable sense of loss as although Alex prior to her ordeal discovers she is pregnant, the audience is aware that her world and that of her partner Marcus will be destroyed.