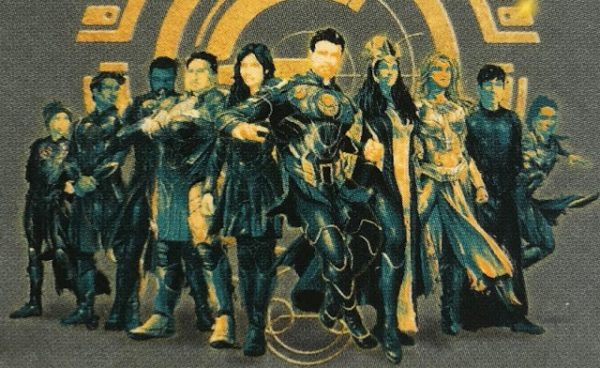 If it wasn’t for COVID-19, Marvel Studios would have expanded the cosmic side of the Marvel Cinematic Universe and introduced a brand new team into the MCU this Friday with the release of Eternals.

Unfortunately, due to the global health crisis, we now have to wait exactly a year until the film makes its bow on November 5th 2021. In the meantime however, we have some merchandise leaks which features promo artwork of the full group of Eternals, along with illustrated images of Kumail Nanjiani’s Kingo. Check them out via Twitter here…