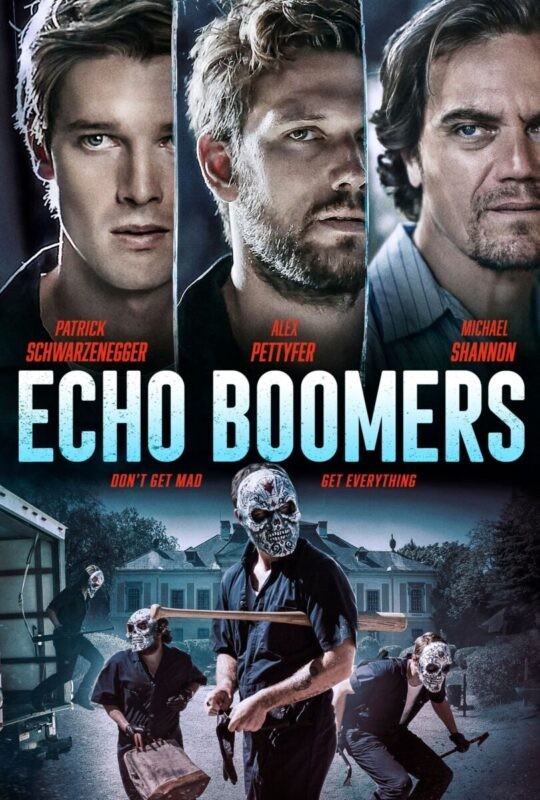 Based on a true story, five college graduates decide the best way to get back at the unfair economy and live the life they’ve always wanted is to steal from Chicago’s richest and give to themselves. 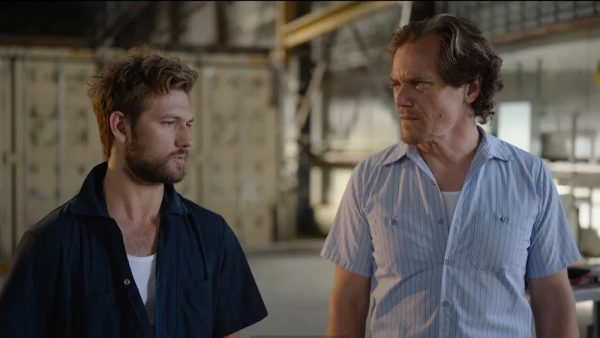 Underneath the promise of generational and class warfare, Echo Boomers is an exposition-heavy bore that quickly loses sight of its millennial plight, winding up a generic stealing-from-the-rich heist flick. Director Seth Savoy (co-writing alongside Kevin Bernhardt and Jason Miller) couldn’t be gunning for the sociopolitical message any harder, but it doesn’t matter when your characters are all angst with an edgy appetite for destruction and half-baked justifications for their actions. The filmmakers have also taken a confusing approach as to whether or not this is a true story; the synopsis says it is although an opening text card implies otherwise. Maybe it simply means the characters are fictional but the circumstances are a reality and these actions are already ongoing.

Lance (Patrick Schwarzenegger) has ditched his family and gone to Chicago (which feels like a wasted choice for a setting, especially given how little it does thematically the plot) to live with his cousin Jack (Gilles Geary) vaguely offering him a job in the “art industry”. Top-notch grades and college degrees have provided no opportunities for Lance, so he figures he has nothing to lose by reconnecting with his estranged relative. Little does he know he’s joining an equally unsuccessful misfit band of thieves working with a boomer Michael Shannon that has both connections to shady homeowners insurance agents that can point him and his team in the direction of wealthy homes overstuffed with expensive paintings and other valuable trinkets, and an international buyer forking over a hefty amount of green for the objects. It’s a cycle that proves to be predatory one considering Michael Shannon is leeching off of younger generations for his own payday. 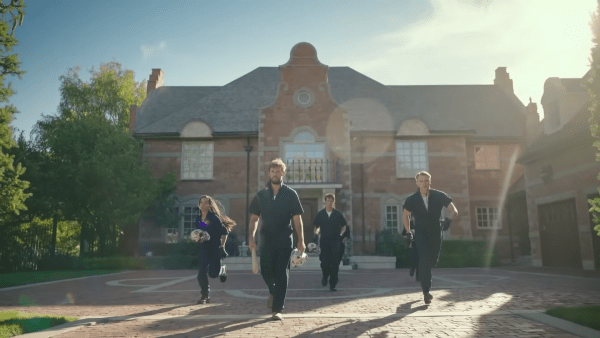 As for the group, they are identified by special trades, whether it be a security expert, getaway driver, the leader of the group, or a Black political activist that starts off intriguing before becoming an object of a love triangle. Of the other members, Allie (Hayley Law) is the only character that feels somewhat defined beyond her skills; she seems to come from a well-off family herself coming to resent materialistic values. Sadly, that’s as far as it goes. During an early robbery there is some voiceover narration cleverly pointing out what the belongings these people choose to destroy first psychologically say about them, but it also turns out to be a meaningless extension of personality that really doesn’t matter.

It should be easy to cheer on people knocking the filthy rich down a peg, but Echo Boomers spends a good 50 minutes ignoring showcasing what kind of rich people are being stolen from. Even then, there are parts where these postgraduate adults just come across as entitled pricks, most notably when it comes to hypocritically blowing all of the stolen money on various vices centered on instant gratification. It doesn’t help that they think donning edgy skull masks and spraying threatening graffiti all over the walls is supposed to make them likable or gravitate us towards the cause. However, there is a chance it could have if there was something noble about their crimes. 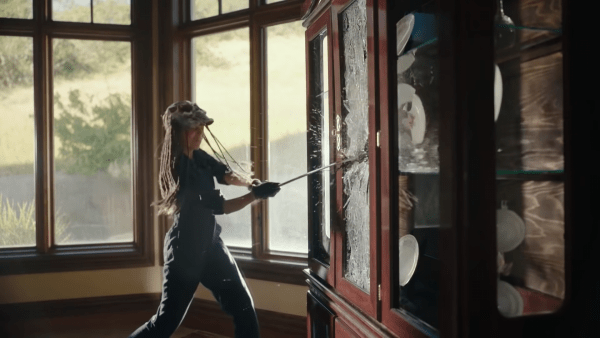 There’s a framing device of an investigative journalist (Lesley Ann Warren) poking around the aftermath, except it’s all unnecessary. We know why they did it, we understand the unfortunate circumstances these people found themselves in, but they aren’t doing wrong to correct another wrong. They are just a bunch of selfish jerks that plant seeds of betrayal as the surrounding love triangle intensifies. Millennials have been dealt shitty cards (and so have subsequent generations), but it’s not a justification for these characters to be unlikable. And if the filmmakers are going with the unlikeable characters route, there needs to be more depth than cliché love and basic skills to their identities. Echo Boomers is just one extended echo of crime not servicing the activist intent.