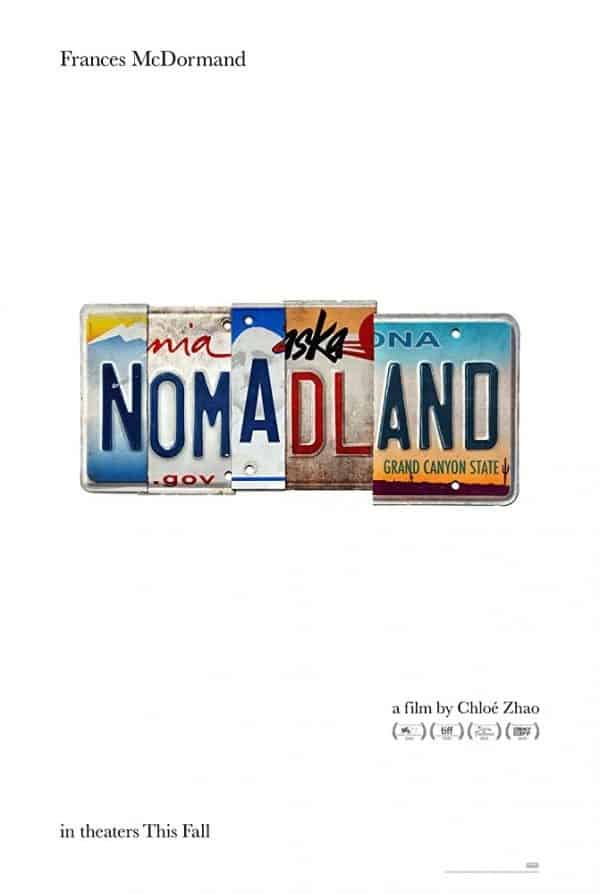 Follows a woman in her sixties who, after losing everything in the Great Recession, embarks on a journey through the American West, living as a van-dwelling modern-day nomad. 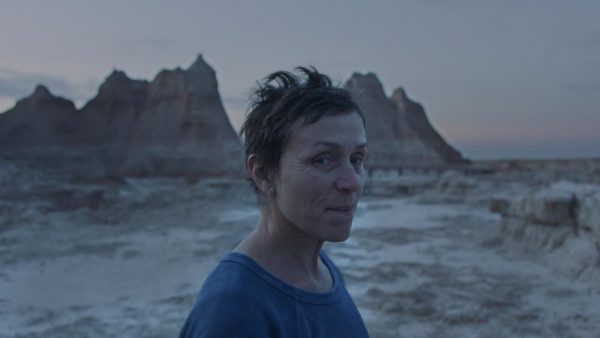 Nomadland opens with the title card about how a decrease in demand for sheetrock caused the working-class town of Empire, Nevada to collapse, and while this kind of framing information is not out of the ordinary, it feels necessary here as this land of economic decay probably deserves top billing even over star Frances McDormand.

Functioning as a spiritual companion piece to writer/director/editor Chloé Zhao’s previous directorial effort The Rider (an under the radar masterpiece exploring similar forgotten types) casts non-actors of this lifestyle in key roles, but in this case, has the aforementioned Frances McDormand in a role so quietly subtle you could probably mute the entire movie (not that I encourage this as then one would be missing out on the beautifully melancholic music from Ludovico Einaudi and ambient sounds) and still come away in her corner cheering her on to win her third Oscar. She’s not just committed to the role, she is aware that the purpose expands much larger than her or any single character; it’s about a state of living for the tossed-aside underclass and their unity to care for one another. 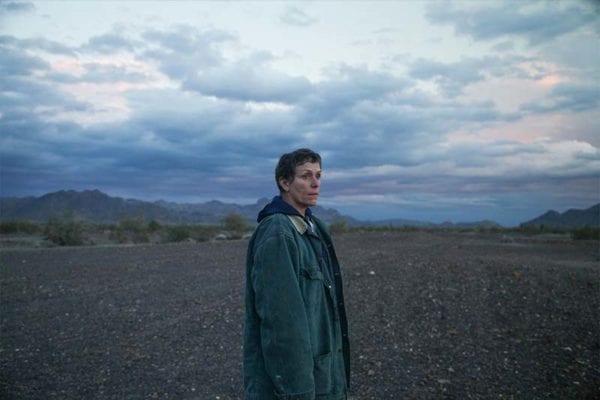 Aside from financial ruin and societal abandonment, there’s more binding these wayward souls together. Generally, the other connecting threads tend to be grief or illness, but when it comes to the former there is also a line towards the end softly offering the consolation that it’s okay to never successfully move on from loss. It’s a sentiment so rarely expressed in cinema, but one so overflowing with empathy that it feels right at home within Chloé Zhao’s oeuvre. With that said, much of Nomadland does follow Frances McDormand’s houseless Fern traveling across the American West in her van, but rather than study her as a character (although there is some of that), she feels more like a surrogate for the audience to observe and learn more about this way of life and its experiences.

Leaving just as much of a lasting impression, if not more, are an elderly woman/real-life nomad named Swankie looking to live out the rest of her life in a fulfilling way following a terminal diagnosis, Cheap RV Living founder Bob Wells who holds seminars in the middle of vast landscapes on how to sustain this way of living, and other nomads tossing out sage-like wisdom with sincerity and compassion. The exception to this rule is David Strathairn’s Dave who makes a connection with Fern, and who also has a grandchild on the way. Even then, their dynamic is defined more by their interactions with nature over dialogue exchanges. Many of these characters (a term to be used loosely considering just about everyone is playing a real-life counterpart of themselves) come and go, and they often come back into the picture tying into the community’s motto of goodbyes never being final. 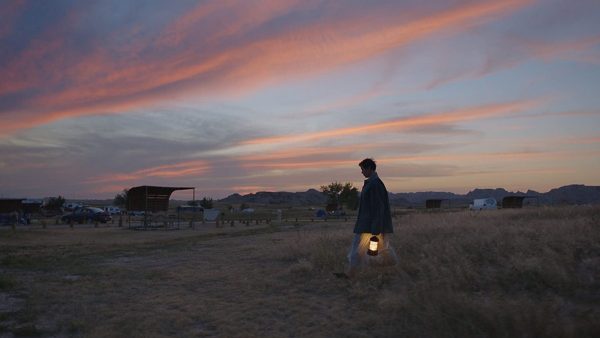 So much of Nomadland comes down to tightly edited snippets of existing in the wild, whether it’s Fern walking around and jumping on rocks, floating nude in a river, bartering with strangers, or simply moving forward on the road. Admittedly, while that does sound somewhat boring on paper and I will say that there is some emotional distance or one missing dramatic layer to push this into the realm of the same greatness as The Rider, in execution it couldn’t be any further from a snore; the photography from Zhao’s regular collaborator Joshua James Richards is rich in atmosphere, often utilizing wide shots as if to emphasize the point that Fern is but one person among the dying heartland of America and that the circumstances placing her in a position speak to a greater issue. It will be a cinematic tragedy if this never gets a full and wide theatrical release, as I can’t think of a single movie I’m more gutted to be unable to see on the big screen.

Just as insightful is the little things such as life inside her personally decorated van, working minuscule dead-end jobs inside an Amazon facility, or the few materialistic items she does possess. No matter what aspect of nomad life is being looked at, Frances McDormand and David Strathairn are chameleons blending in. Again, it’s no surprise that Nomadland feels like a documentary considering it’s coming from Chloé Zhao, but the real magic trick here is that the actors have authentically inhabited this space. Immersion is never once broken, the stories exchanged are tear-jerking capsules of inspirational inner strength, and an unorthodox means of sustainability has been de-stigmatized but not sanctimoniously glorified. It’s as simple as real stories from real people illuminated that need to be heard now more than ever. Chloé Zhao continues to be one of the most gentle and empathetic filmmakers working today.

The Film at Lincoln Center will hold virtual screenings of Nomadland for one week beginning December 4th, 2020.