Set to serve as a companion to the upcoming Vampirella: The Dark Powers, Dynamite Entertainment has announced that the She-Devil with a Sword will be swapping the sword and sorcery of the Hyborean Age for the spandex and capes of superheroes this January with the new series Red Sonja: The Superpowers. 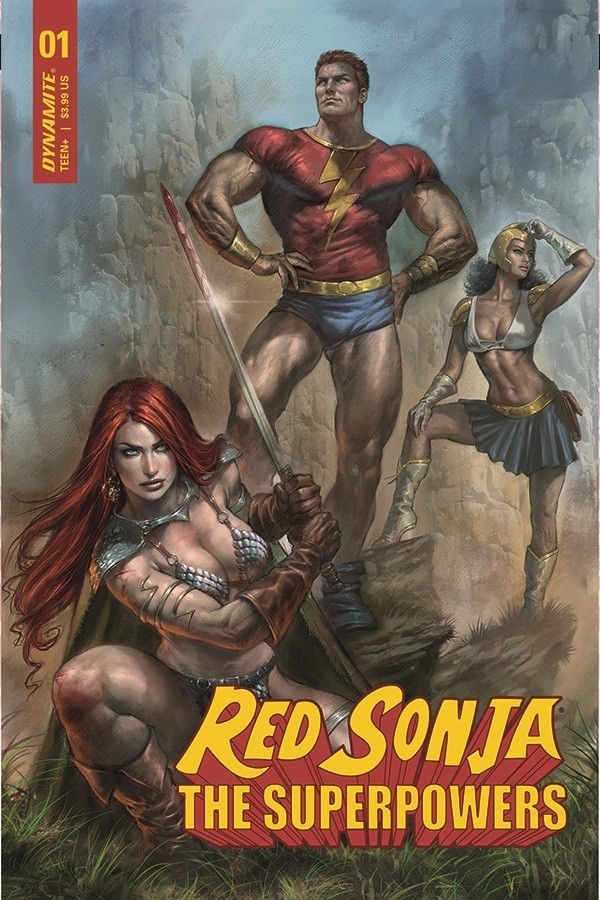 Sonja’s story starts in her world, initially in line with a usual tale of the Hyrkanian hero. She’s hunting down a diabolical sorcerer by the name of Skarab Nor, who’s been channeling dark forces to turn humans into his mindless thralls. When she encounters strangers with otherworldly appearances, she assumes they are said enemies.

From said strangers’ perspective, they are members of The Project led by Captain Future, on a first contact and surveying mission for this version of Earth. Can they find a local metahuman who can be appointed as the local protector and added to their ranks? Prepare for a big fight – at least at first!

Can Sonja the Red’s brutal, blood-letting style fit in with heroes with glittering costumes and abilities granted to them by advanced science? Will they be able to reconcile before they kill each other?

“Ever wanted to see what a sword would do to an over-confident superhero..?” said writer Dan Abnett. “You know, now that these projects are both announced, that Sonja and Vampi are going to meet. That’s going to be big. But without getting spoilery, that’s just the start…”

’m very much in the same boat as the readers with regards to the story, I just want to ramp up the action in every issue.” added artist Jonathan Lau.

The first issue of Red Sonja: The Superpowers features a range of covers showcasing this contrast in styles. Lucio Parrillo and Joseph Michael Linsner lead with ferocious depictions of Sonja, looked over by her new prospective allies (shown above), while below interior artist Lau captures their tense first encounter, Junggeun Yoon has her already integrated in their ranks. cosplayer Tabitha Lyons brings the concept to real life and Vincenzo Federici depicts a grisly “what if” zombified scenario. Check out the variant covers here… 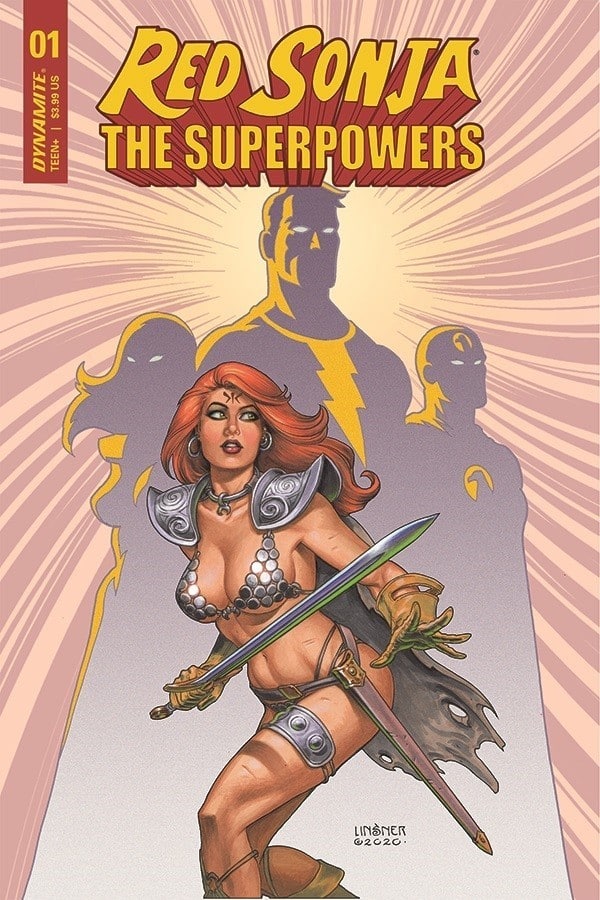 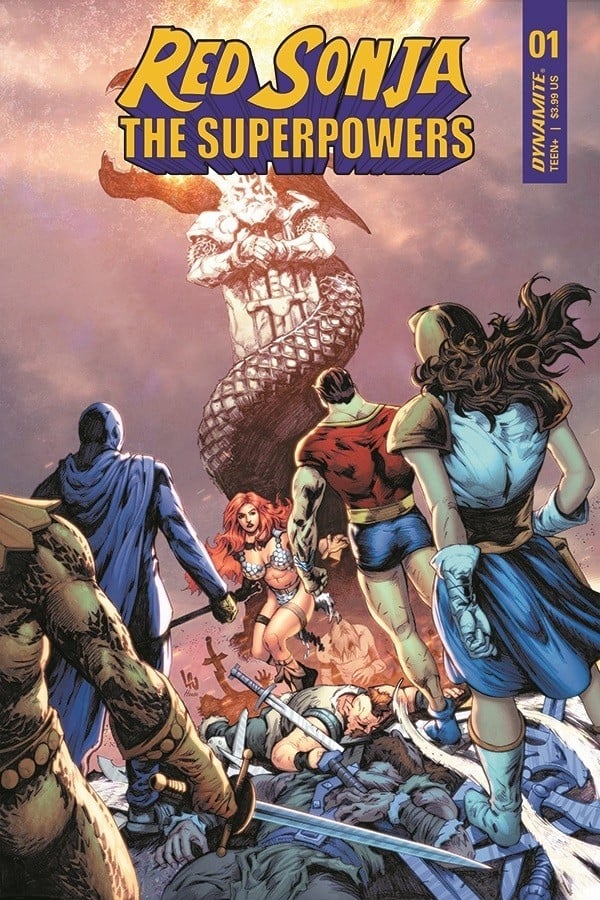 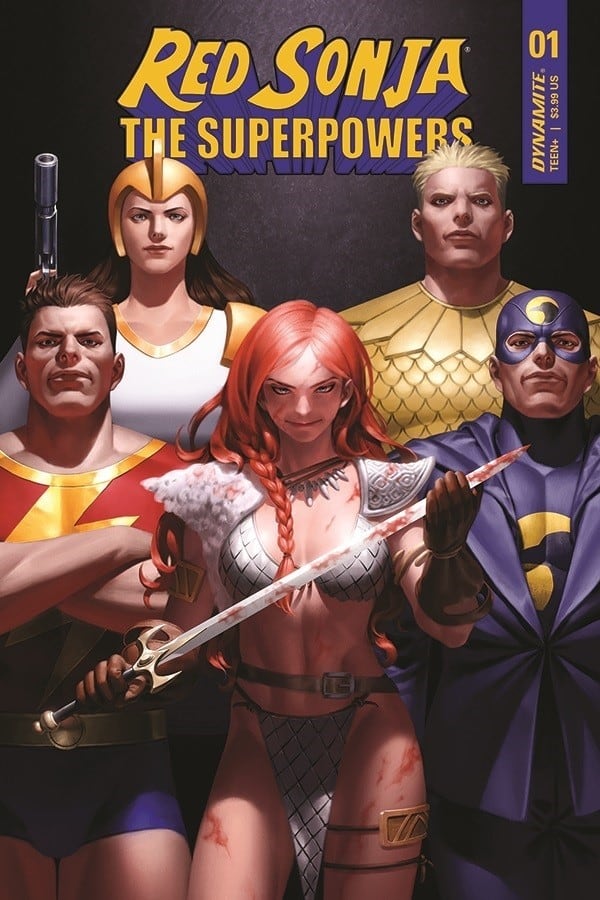 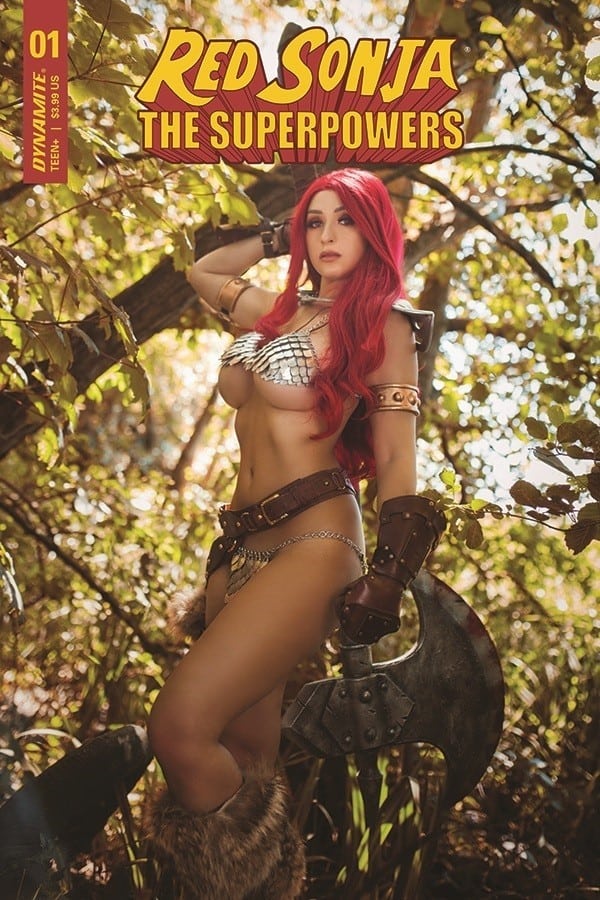 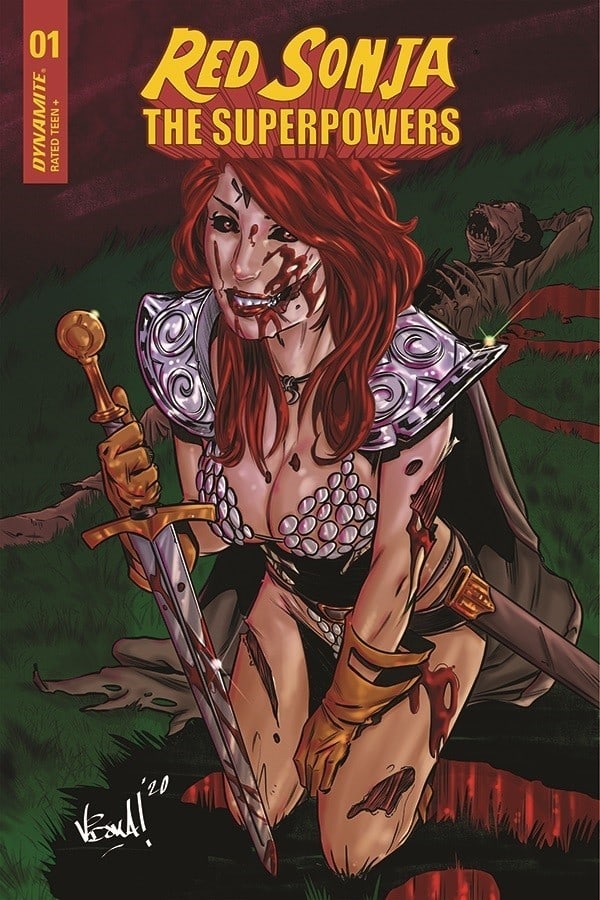