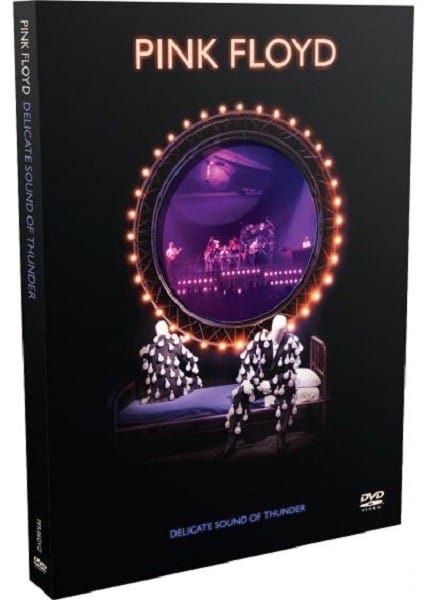 Pink Floyd’s 1989 concert film Delicate Sound of Thunder has been reissued with music and footage not found in the original version. I reviewed the digital version, but it’s also available on DVD and Blu-ray. It’s a trip down memory lane for us Gen Xers who were there for the tour. 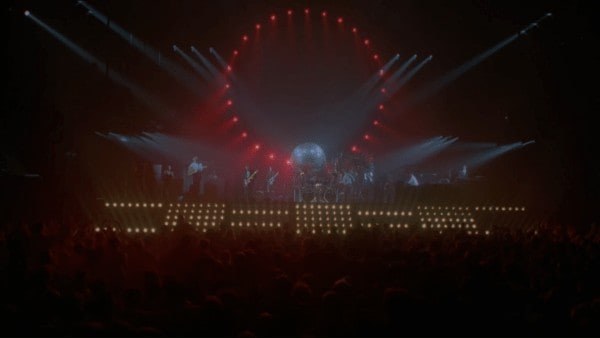 In high school and well into my twenties, I was an avid concert-goer. MTV was still mostly showing music videos, and a lot of the classic rock bands I grew up with were putting out albums and/or going on tours in one capacity or another. Pink Floyd was one of my favorites, and I grabbed a copy of their album Momentary Lapse of Reason as soon as it came out.

I was too young to have seen Pink Floyd when Roger Waters was part of the band for their iconic 1970s tours, so when the tour was announced and I saw they were playing at JFK Stadium in Philadelphia in the fall of 1987, some friends and I snagged tickets. I had seen Roger Waters on his Radio K.A.O.S. tour at the Spectrum a couple months prior, so that year I got as close as anyone could get to the full Pink Floyd experience.

The Waters show was a great arena experience, but seeing Pink Floyd in a sold-out stadium built to hold over 80,000 people was something I’ll never forget. We arrived just as the band was starting to play the first notes of “Shine on You Crazy Diamond,” and so many people were trying to cram through the gates that the people working there gave up on trying to tear the tickets. I’ve always wondered if a few ticket-less people who were hanging around at the right moment slipped through with us. 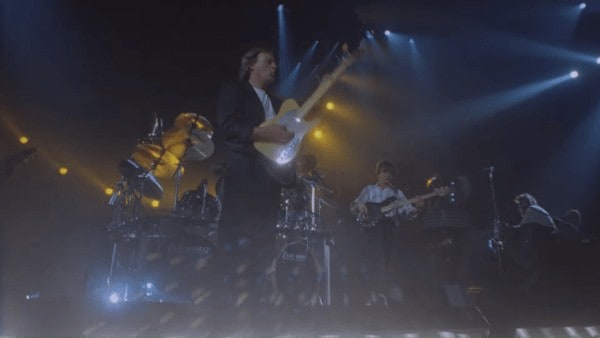 The Momentary Lapse of Reason tour was turned into a live album called Delicate Sound of Thunder that was accompanied by a concert film of the same name. I scooped up the album but never had a chance to see the concert film until recently, when Sony made a digital review copy of the reissued version available to me. You can find it on DVD and Blu-ray too.

This new version of the film has a few changes, including, among other things, the restoration of “Money” and a color version of “Great Gig in the Sky.” I’m not sure why “Great Gig” was originally presented in black-and-white. Some songs are still missing from the film, although they’re available in a separate disc in the box set, which I’m sure hardcore fans will prefer to a digital-only version. The digital version has the bonus tracks after the end credits.

The concert footage was taken from performances in New York state and France. The show was a bit understated as stadium shows went back then, with a circular video screen behind the band and a standard laser show and smoke effects. And, yes, the infamous pig, which was the subject of a custody battle between Roger Waters and the rest of the band, makes an appearance. However, none of the Animals songs featuring pigs were played during the show. 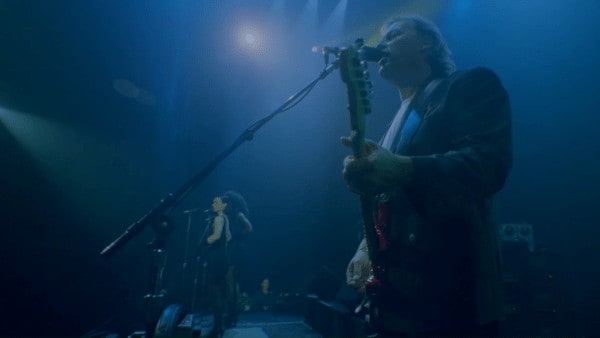 For me, the best part of this film is seeing up close what I saw from a distance in 1987. JFK Stadium, which is long gone, was built like a shallow bowl, as were many sports stadiums of that era, so there were no nose-bleed seats, so to speak, but my friends and I were a long way from the stage. The video screen played animations and live-action footage, but no live shots of the band, so everyone on stage was a hazy outline from my viewpoint.

Now I can see details like Nick Mason’s light-up drum sticks and David Gilmour’s precise guitar playing. It’s a hell of a show that’s worth putting on a large TV and remembering a time in musical history that’s over 30 years ago but in my mind still feels like yesterday.