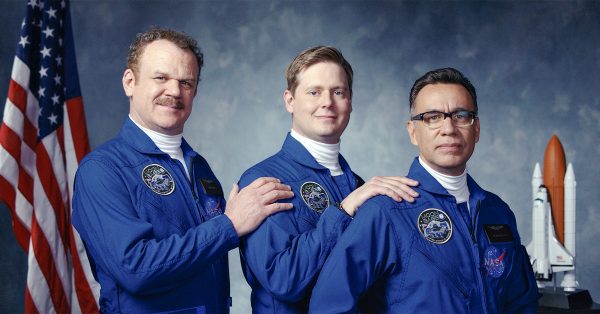 This gently farcical character based comedy shares much of its DNA with The Office. Starring John C. Reilly, Tim Heidecker and Fred Armisen who also created the series, it is awkwardly observational rather than laugh out loud funny. Moonbase 8 is delicately absurd from the off finding humour in the merest minor crisis. For that reason many of the jokes are subtly circumstantial hinging on misunderstandings, miscommunication and human frailty.

John C. Reilly’s Cap is an ineffective leader with a litany of bad decisions which have brought him to this point. Fred Armisen’s Skip is intellectually disconnected from his crew mates and feels the pressure of a family legacy tying him to NASA. Then finally there is Rook played by Tim Heidecker who hides behind his faith and sends home videos to an adulterous wife and family. With episode headers like Dry, Rats and Quarantine this series relies on simple problems being blown out of proportion. 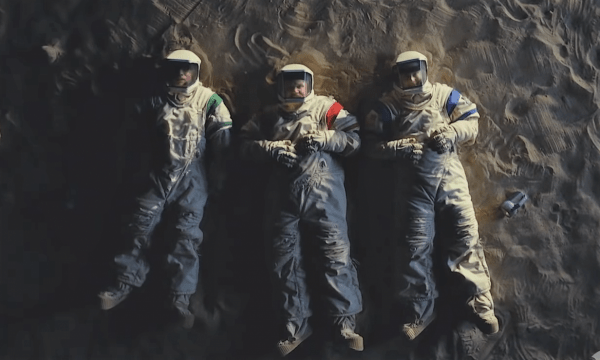 Stranded in the desert miles from civilisation this mismatched group of lost souls struggle with isolation, loneliness and a disconnection from family and friends. There are those who will say Moonbase 8 has an allegorical undertone, linked in no small measure to the current global crisis. A daily existence which hinges on maintaining the mundane, finding purpose in simple tasks and remaining mentally engaged.

Once audiences become accustomed to the structure, rhythm and cadence of this humour then things slowly slot into place. Incompetence, inadequacy and minor exchanges suddenly take on a more comedic slant as new crew mates come and go leaving these three in perpetual seclusion. Either through accidental sinkholes, selection superiority or homeless men on push bikes, Moonbase 8 slowly gets under your skin. Gripes, grumbles and mishaps begin to define their bond rather than isolate them from each other. 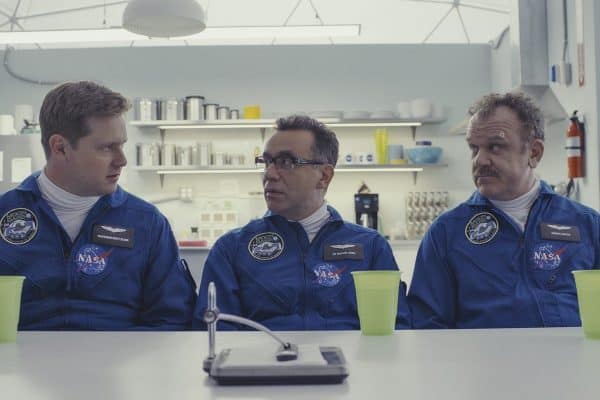 In many ways these are brave performances which rely on no obvious punchline, pay off or sense of closure. Not since The Office has humanity been revealed in such a starkly humorous and desperately humane way. That is why this show will reward those willing to commit to the premise, rather than going in with predetermined expectations.

During a time when elections are being branded as fraudulent and viral infection rates show no sign of levelling out solace must be sought from all quarters. Moonbase 8 shines a light into the darkness of our most human preoccupations providing audiences with an essential reality check. Humour at its most subdued being delivered with the precision of a surgeon general.