2021 will mark fifty years since Man-Thing made his debut in Savage Tales #1, and Marvel has announced that it will celebrate the anniversary of the misunderstood swamp monster with the brand new series Curse of the Man-Thing. A three-part universe-spanning saga that promises to redefine the character for a new age, each issue will focus on a different corner of the Marvel universe and kicks off this March will Avengers: Curse of the Man-Thing. Here’s a look at the cover artwork: 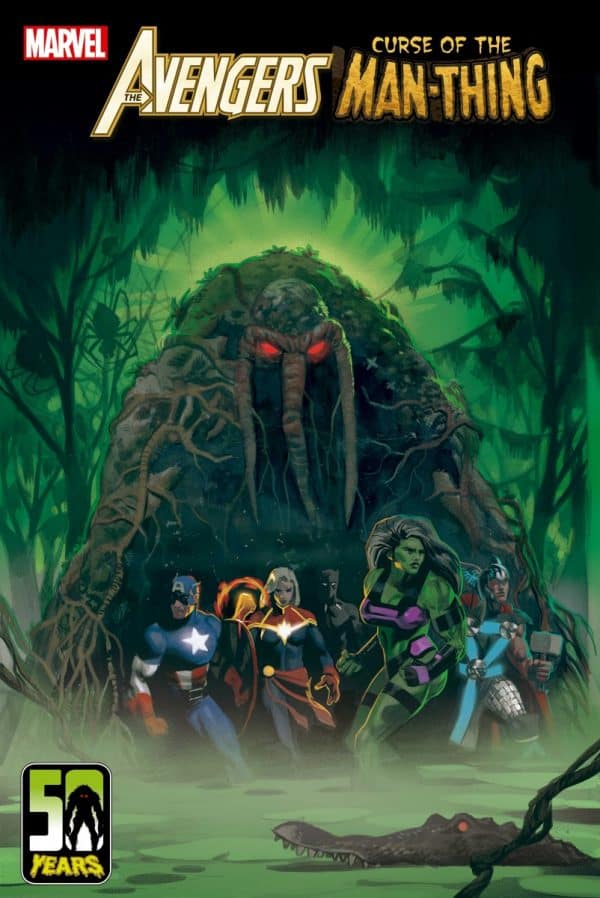 For decades, the Man-Thing has haunted the Florida Everglades. Now a new enemy has hijacked his body on a quest to take his incendiary abilities global! The Marvel Universe wakes to fear as gargantuan monoliths menace cities worldwide, with only the AVENGERS standing between the population of Earth and a planetwide inferno. Can they save Man-Thing in time to douse the fires? And does the man inside the thing, Ted Sallis, even want to be saved? All this plus a sensational new villain designed by Marvel’s Stormbreaker Carmen Carnero await readers in the exciting opening tale that will kick off an unforgettable journey for Man-Thing and your favorite Marvel heroes including the X-Men, Spider-Man, and more!

As part of the 50th anniversary celebrations, March will also feature a series of variant covers featuring some of the most iconic Marvel heroes transformed into outrageous Man-Thing personas; here’s the first three covers for Venom, Captain Marvel, and The Amazing Spider-Man… 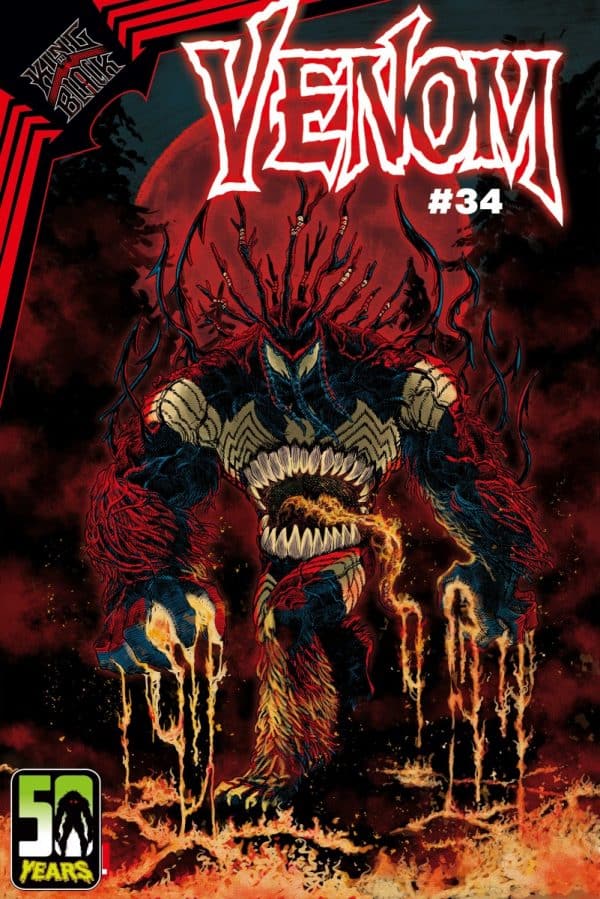 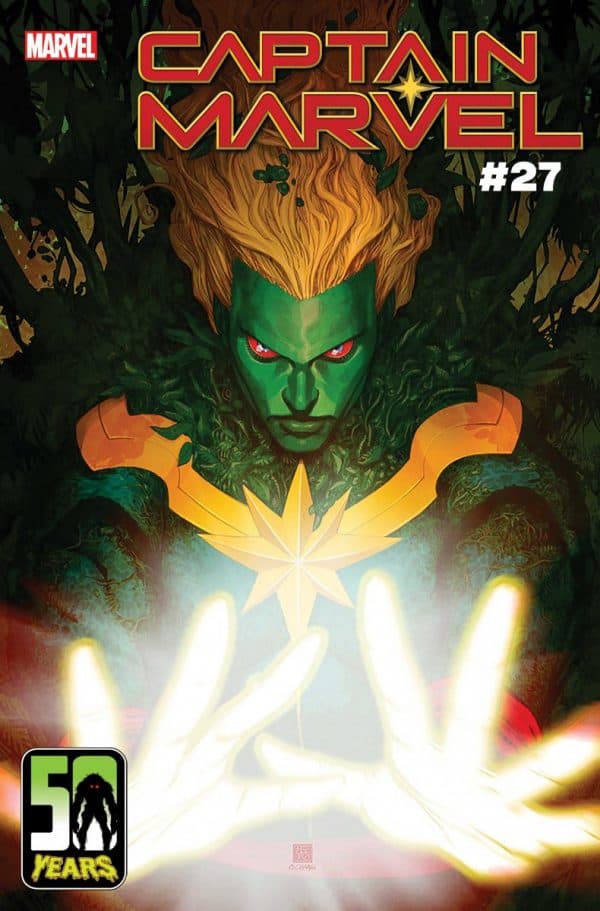 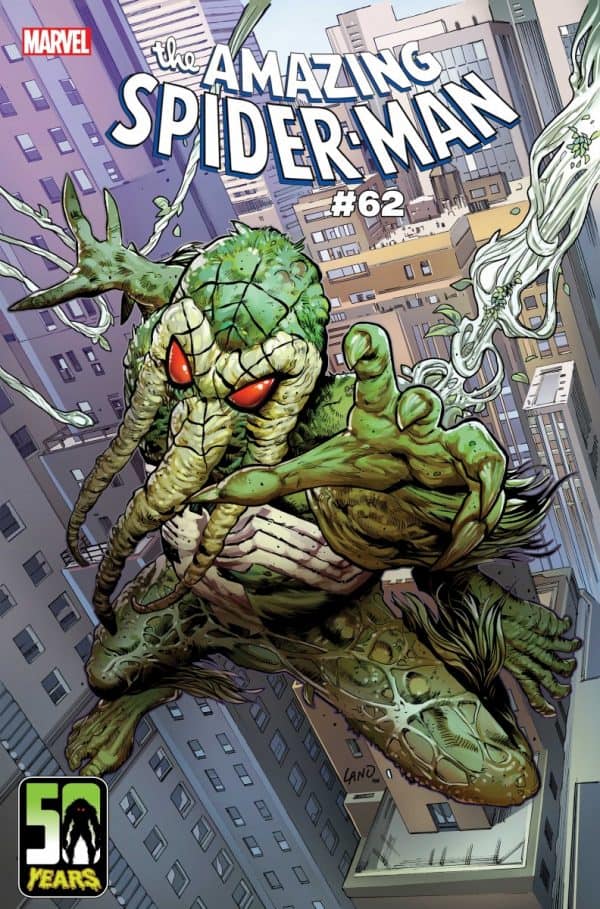