Before Kit Harington takes on the role in the upcoming MCU blockbuster Eternals, Dane Whitman is set to make his Marvel comic book return this March as the publisher launches the brand-new series Black Knight: Curse of the Ebony Blade from Simon Spurrier, writer of the upcoming King in Black: Black Knight one-shot. 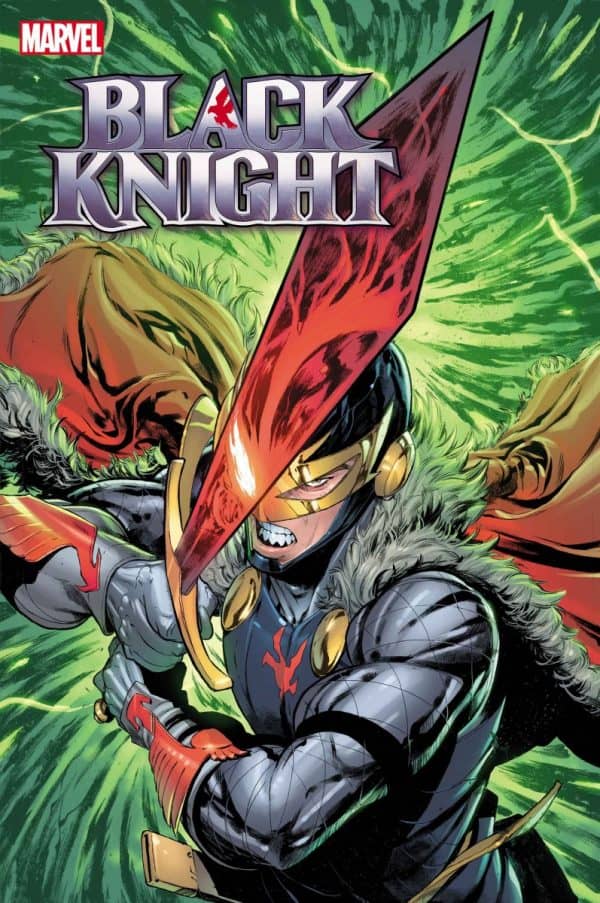 “Having enjoyed myself a positively indecent amount while writing King in Black: The Black Knight, I found that I was even more fascinated by the central character – Dane Whitman – than I’d realised,” said Spurrier. “The surprising new take on him which we present in the one-shot opened so many new doors. Dane and his tangled lore are a treasure trove for anyone fascinated by story, mythology, folklore and psychology — all of which are very much My Bag — not to mention the simple thrill of seeing a not-totally-well-adjusted man flying around on a winged warhorse with one of the world’s most devastating magical weapons in his hand.”

“I started to see endless opportunities for exploration — I started to sense that this character deserves to be a far bigger deal than he is — and my editor Tom Groneman agreed,” Spurrier continued. “What’s emerged is a fascinating, uberdark story which drips with horror and humor in equal measure. rummaging deep into the (often maddeningly confused) threads of canon surrounding the Black Knight, to disentangle, clarify and twiiiiiiiissssttt everything you thought you knew about this hero. Along the way we’re having an old riotous time with Arthurian Legend — presenting a vision of Camelot unlike any you’ve seen before — and throwing a whole helmetful of big marvel ideas and characters at poor old Dane, to see how far he’ll go before he breaks. But that’s sort of the point of this character, when you get right down to it. The more broken he gets, the stronger he becomes.”

Holding up the legacy of the Black Night is Dane Whitman who knows all too well that welding the magical Ebony Blade comes at a terrible price: an insatiable lust for blood and mayhem that constantly threatens to swallow its owner in darkness. Will that be Dane’s fate? Following his epic battle against the KING IN BLACK, a reinvigorated Dane has a greater sense of purpose than ever before. But his sword is the key to a new enemy’s evil plan and only the Black Knight can prevent the coming death and destruction. This conflict spanning mythical Camelot to modern-day NYC will test Dane like never before and challenge everything he believes about himself, the Ebony Blade, and the entire history of the Black Knight. Don’t miss history in the making as this fan-favorite Avenger takes his rightful place as a major player in the Marvel Universe! 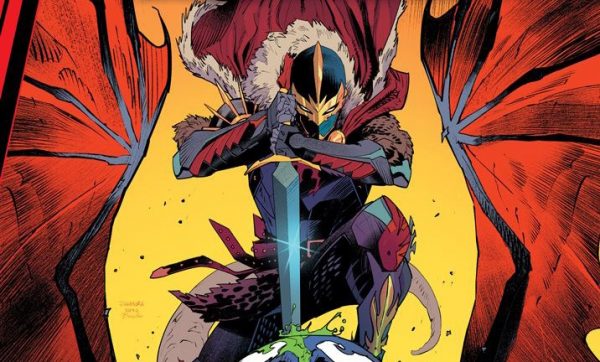