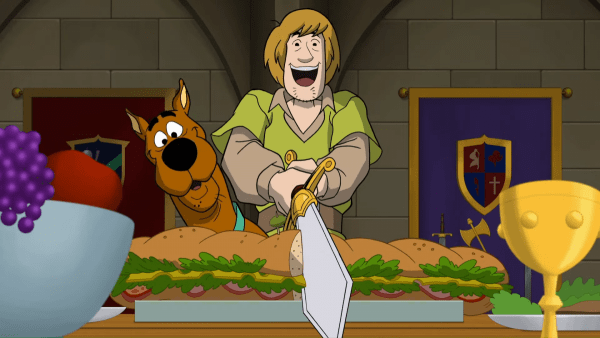 Warner. Bros has announced the DVD and digital release of its upcoming animated feature Scooby-Doo: The Sword and the Scoob, which sees Scooby and the gang transported back in time to the mythical city of Camelot to help King Arthur save his throne from an evil sorceress; check out the cover artwork, synopsis and trailer for the new animated feature here… 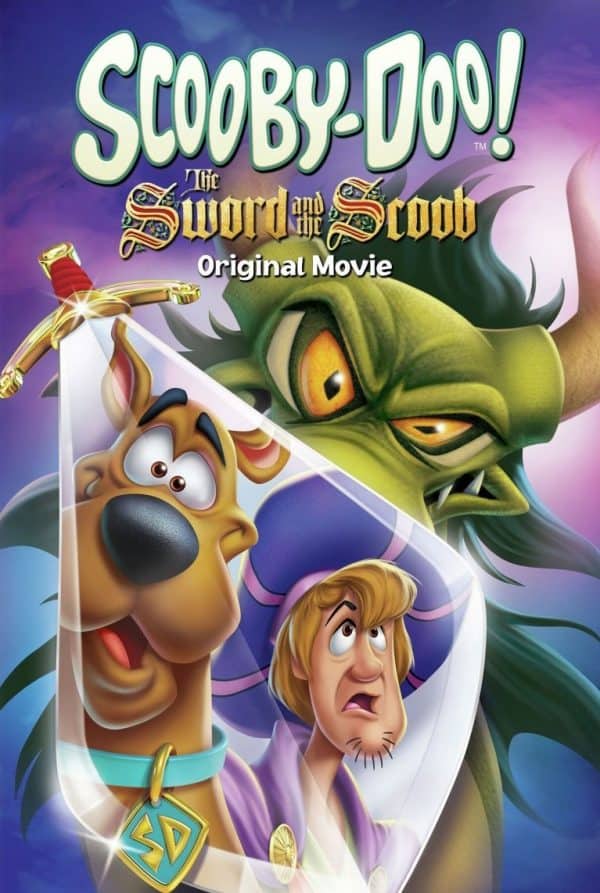 The Scooby-Doo gang is transported to the mythical castled city of Camelot in Scooby-Doo The Sword and the Scoob a brand-new, full-length animated family film set for release on DVD and Digital February 23, 2021 by Warner Bros. Home Entertainment.

Produced by Warner Bros. Animation, Scooby-Doo The Sword and the Scoob takes our favorite teen sleuths on a trip to England to trace Shaggy’s family roots, where they suddenly find themselves in the Middle Ages and meet the legendary King Arthur and his noble knights. It’s an unforgettable adventure inspired by medieval legends and fantasy that the whole family can enjoy together.

Take a journey back in time to King Arthur’s court in this legendary saga of wizards, knights, dragons…and Scooby-Doo! An evil sorceress tries to seize power in Camelot, so King Arthur needs the help of our favorite super sleuths to save his throne. But will their valiant efforts only make things royally worse? This new movie serves up laughter on a platter, and Scooby and Shaggy are ready to dig in!

Scooby-Doo! The Sword and the Scoob features the familiar voice talents of Frank Welker as Scooby-Doo/Fred Jones, Grey Griffin as Daphne Blake, Matthew Lillard as Shaggy Rogers and Kate Micucci as Velma Dinkley. The film also features Jason Isaacs as King Arthur Pendragon and Nick Frost as Merlin. Scooby-Doo! The Sword and the Scoob was executive produced by Sam Register and produced by Maxwell Atoms, Spike Brandt, Jim Krieg and Colin A.B.V. Lewis. The film was directed by Atoms, Christina Sotta and Mel Zwyer, and was written by Jeremy Adams.

Look for Scooby-Doo: The Sword and the Scoob on DVD and Digital from February 23rd 2021.