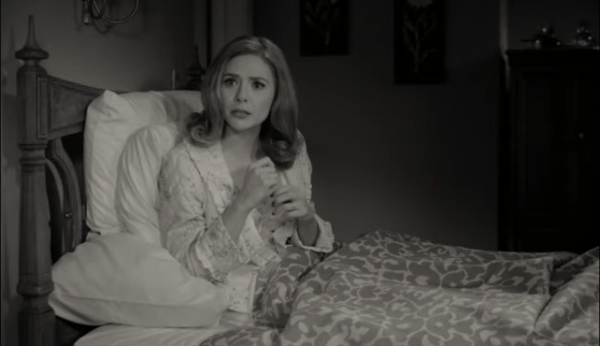 Appearing on Jimmy Kimmel Live, Marvel star Elizabeth Olsen has shared a Bewitched-inspired clip from Disney+’s Marvel Cinematic Universe series WandaVision; to watch the clip, skip to the 4:25 in the video below…