Jonathan Kent takes on the mantle of the Man of Steel this Tuesday as DC Comics releases Future State: Superman of Metropolis #1, and we’ve got the official preview for you here… 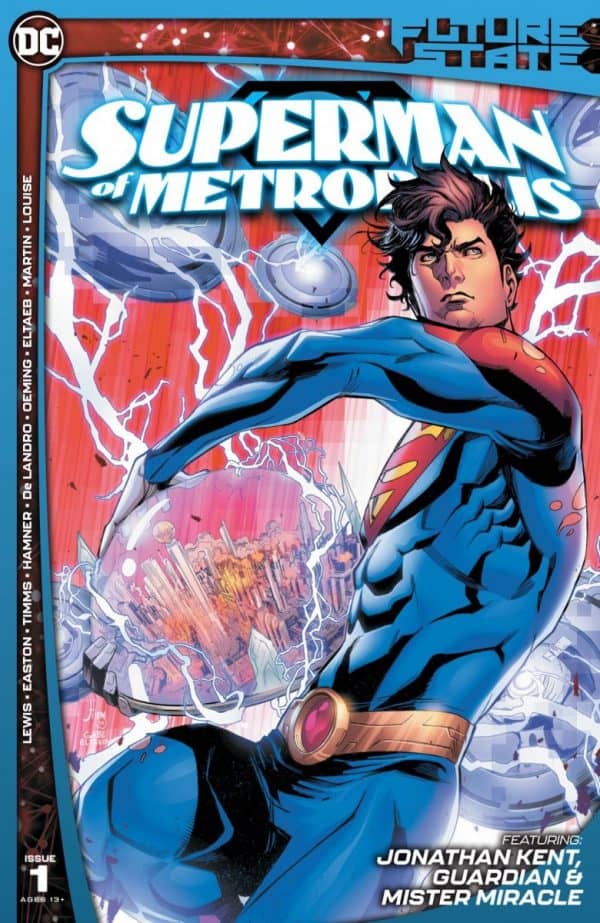 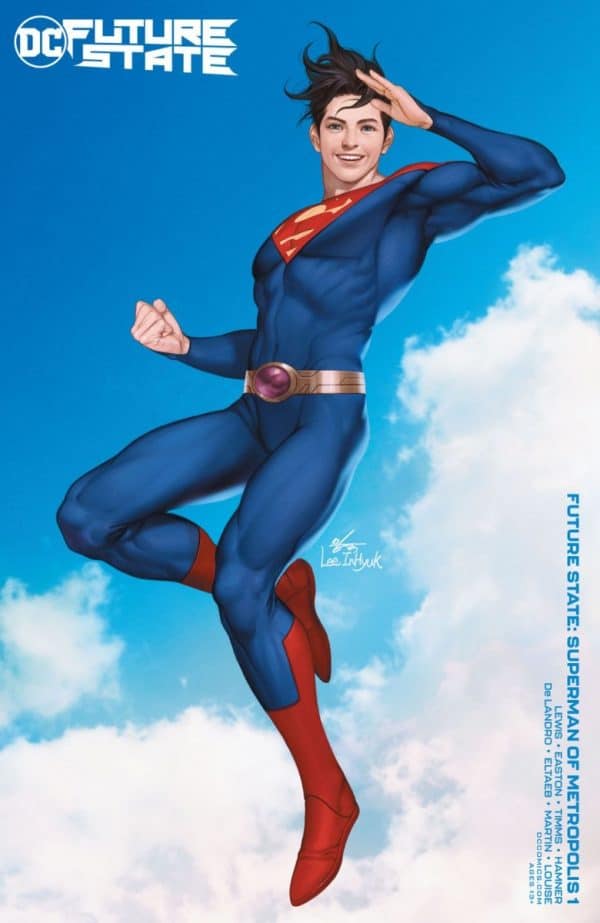 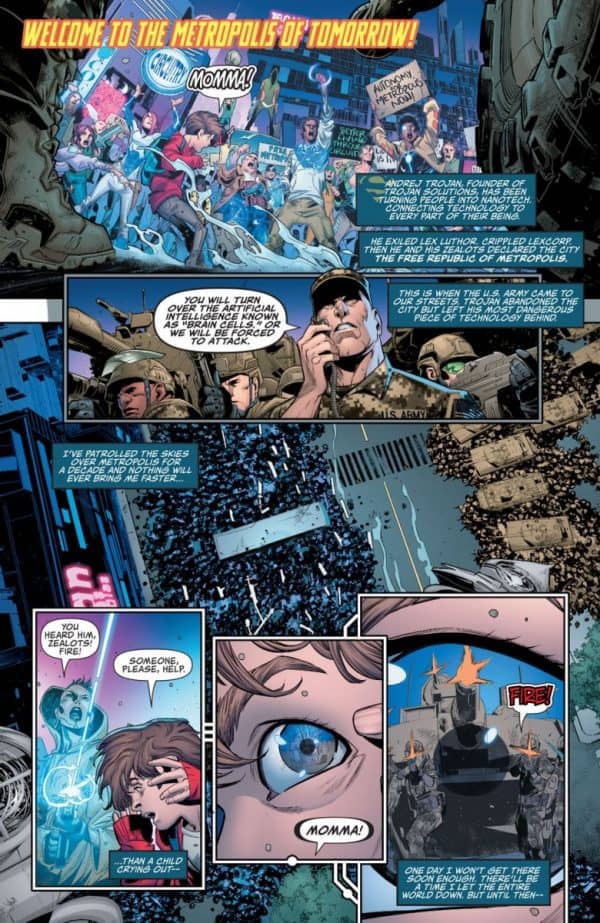 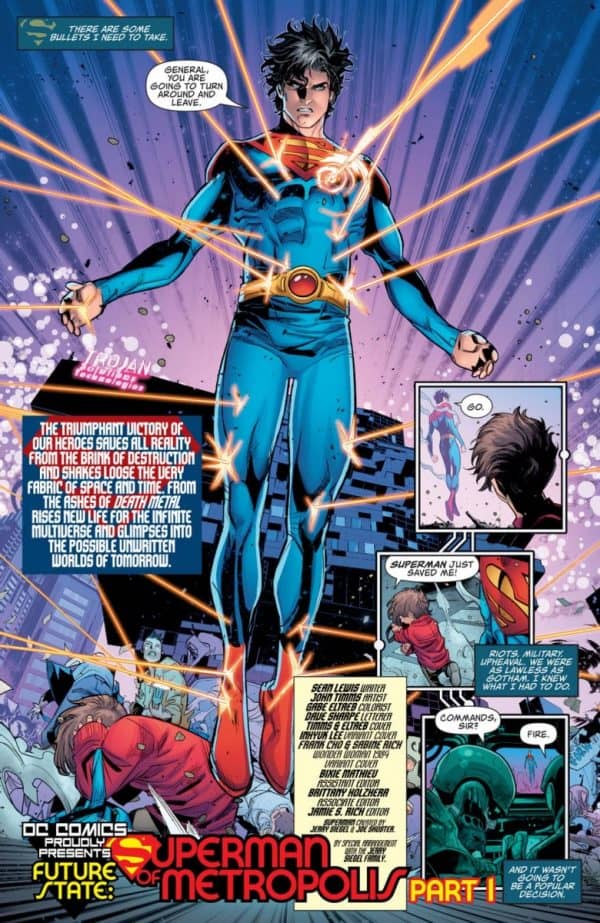 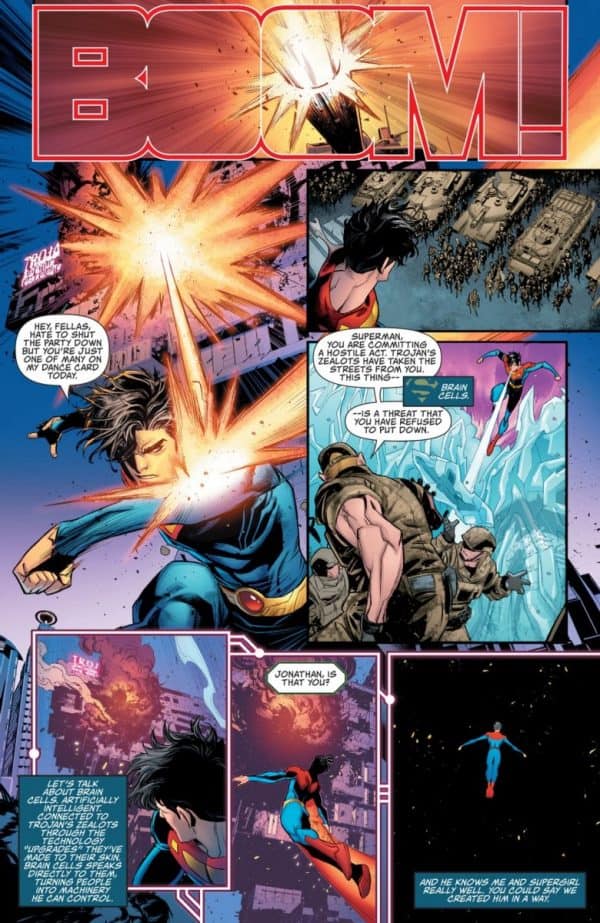 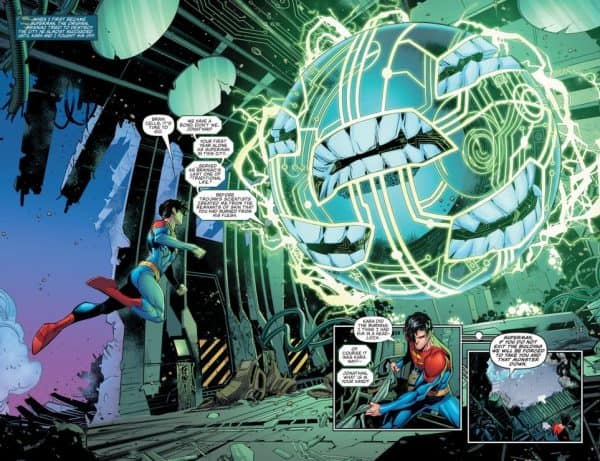 Before leaving for parts unknown, Clark Kent entrusted Earth’s safety to his son.

Now, Jonathan Kent is Superman! Top priority for this new Superman: to protect Metropolis. When a new version of Brainiac attacks, Jon takes drastic measures—which result in the Bottle City of Metropolis! But watch out, Jon, because Supergirl is on her way, and she is not happy with your decision.

Meanwhile, in the new bottle city, a new hero has risen. Jake Jordan, the former Manhattan Guardian, came to the City of Tomorrow to start over. But he’s not the only one who wants a new beginning. An anarchist calling herself Honest Mary sees this time of trouble as an opportunity for rebirth—and she’ll tear down the entire city to prove her point. Does Jake have what it takes to save his new home from disasters both inside and out of the bottle? Superman’s former pal Jimmy Olsen is going to make sure he does!

Finally, the current Mister Miracle, Shilo Norman, is also in the bottle, and he’s looking for a way out! He’d better be careful, though, or he may end up someplace unexpected. It’s a story that continues in Superman: Worlds of War #1!