IDW Publishing collects the five-issue miniseries Star Wars Adventures: The Clone Wars – Battle Tales in trade paperback form this week, and you can get a preview right here… 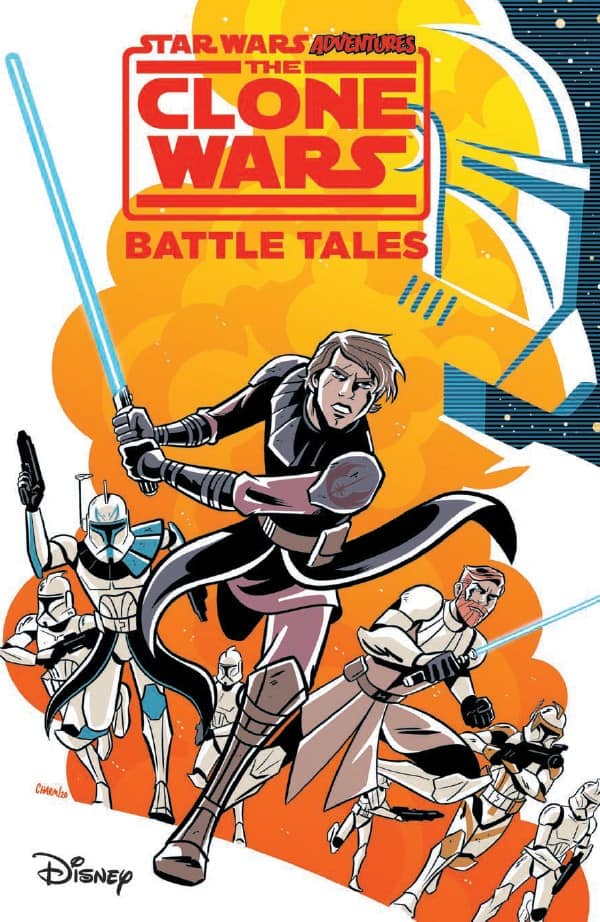 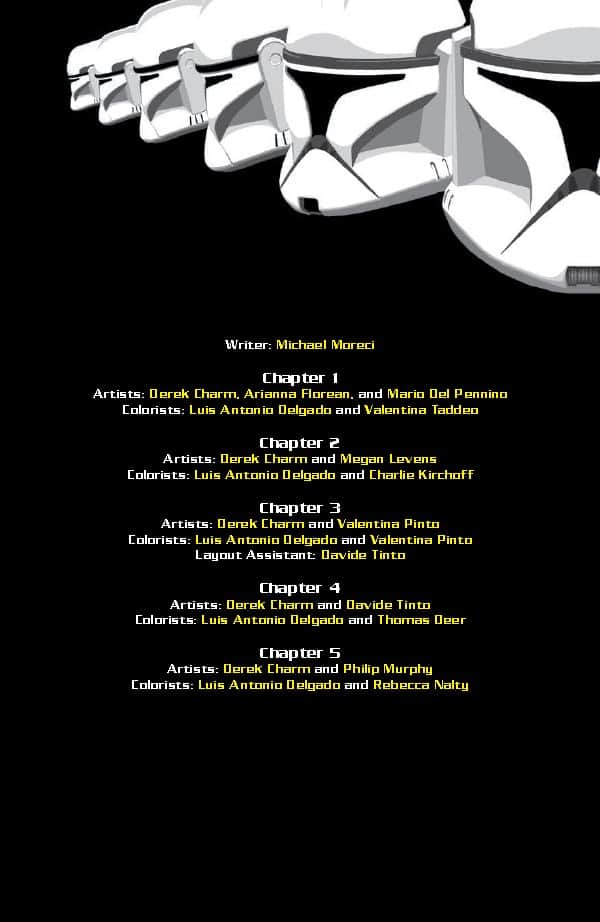 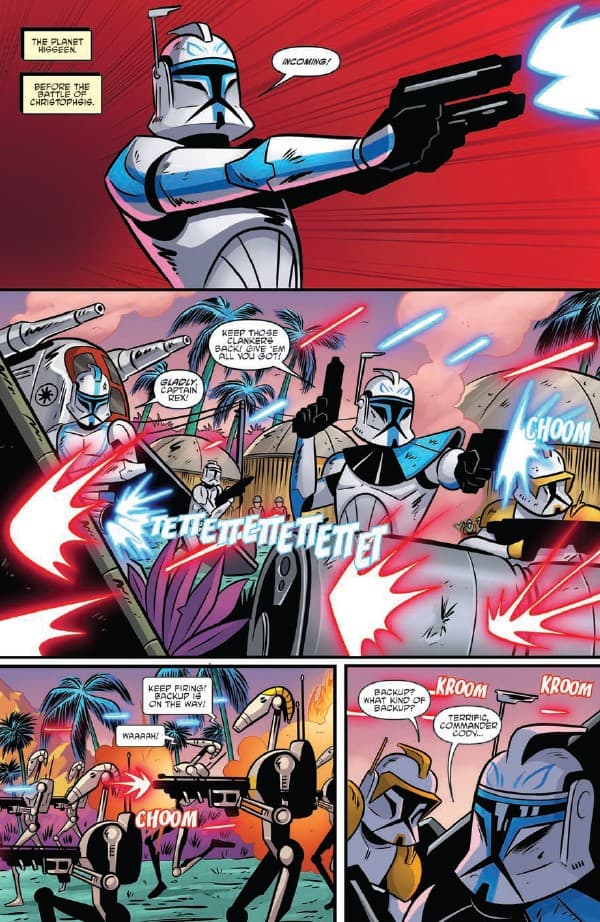 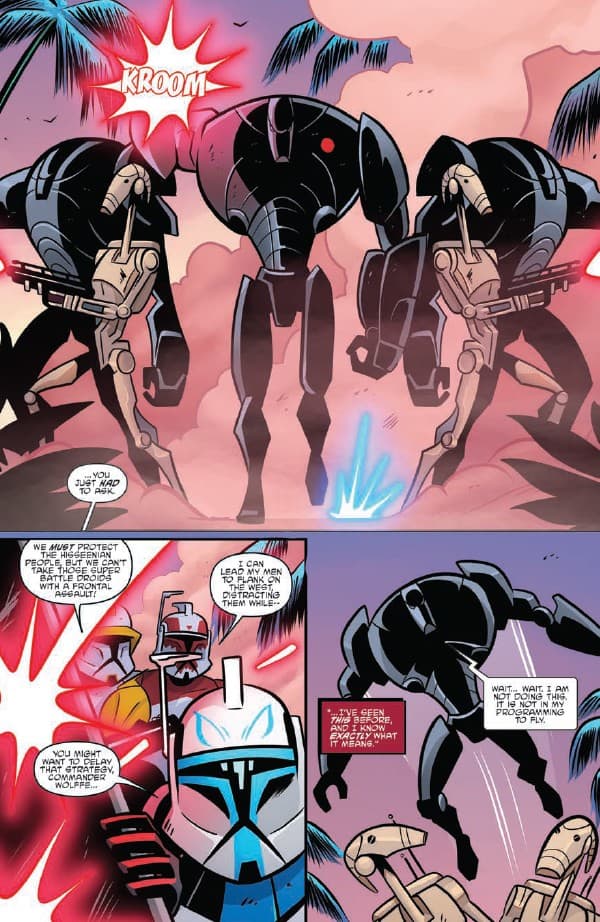 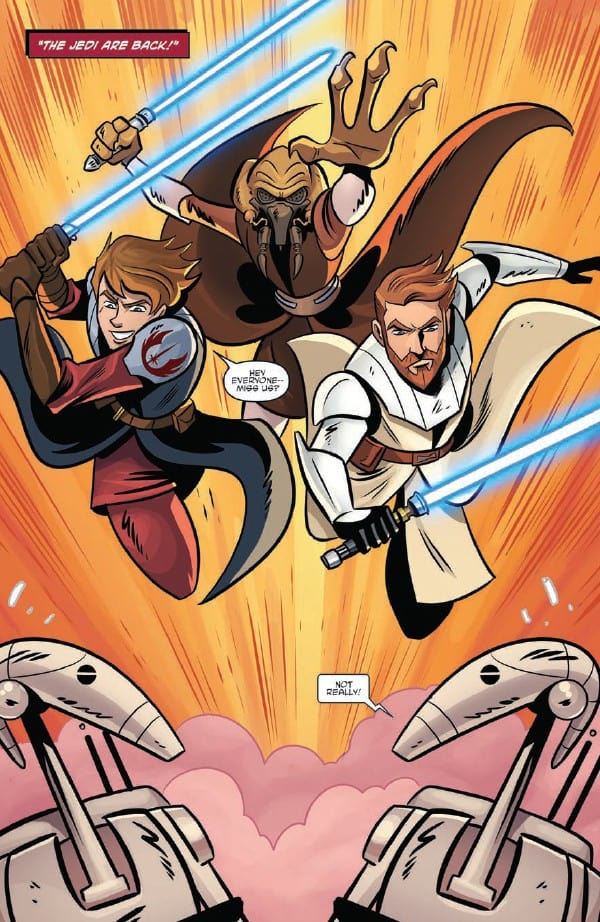 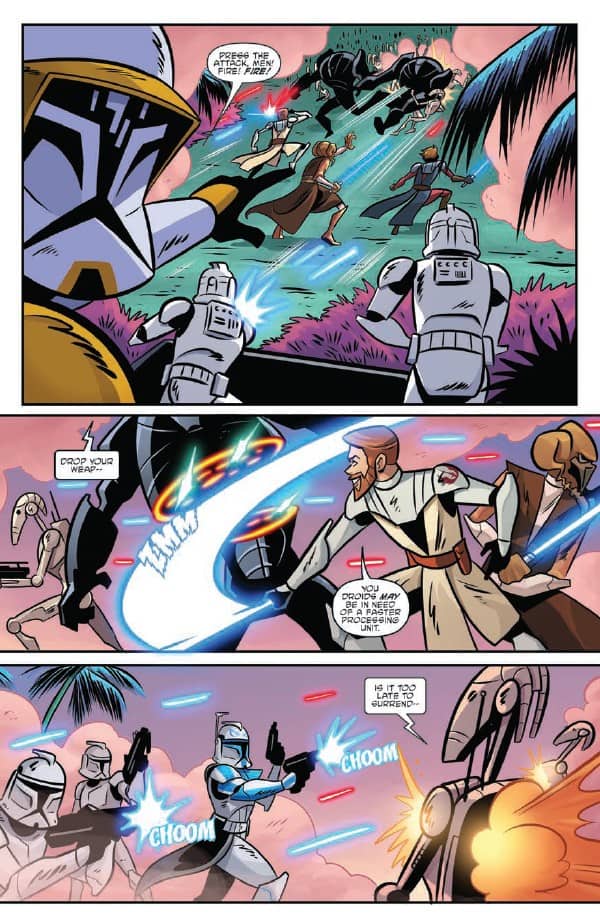 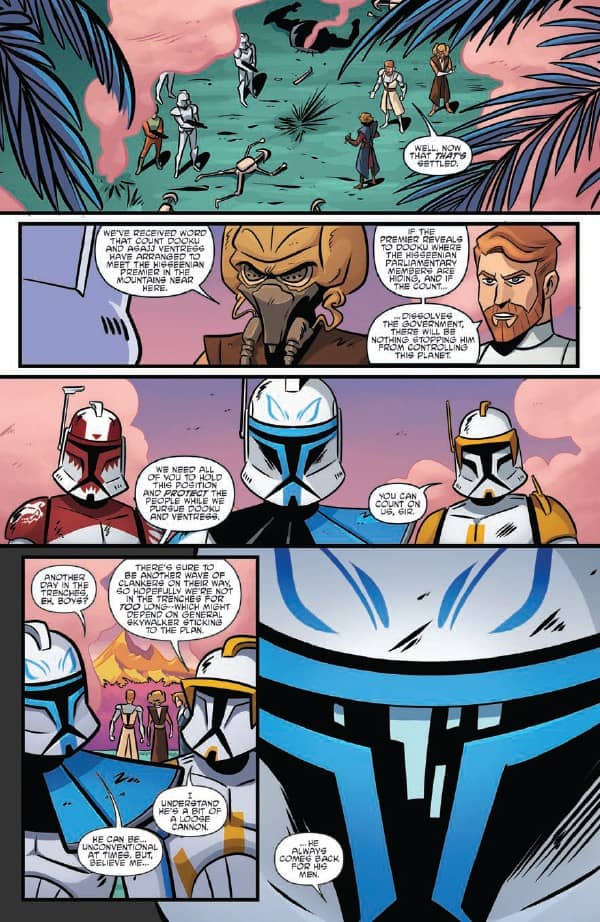 Return to a time of great upheaval in the galaxy, the final years of the Republic, in this anthology based on the beloved animated series!

While Obi-Wan Kenobi, Anakin Skywalker, and other Jedi Knights fight against incredible odds, two Republic squadrons must hold their position against an encroaching droid army of the Separatists. Pinned down for the duration, Commander Cody, Captain Rex, and other clones swap war stories that feature your favorite characters from The Clone Wars animated series, such as Padmé Amidala, General Grievous, and many more!

Star Wars Adventures: Rise of the Wookies is set for release on Tuesday, January 26th.