Tom Jolliffe looks back at a couple of video era films about nefarious hitchhikers, The Nature of The Beast and Midnight Ride… ‘My mother told me never to do this.’ Words of wisdom foolishly ignored by Jim Halsey (C. Thomas Howell) in the 1986 Rutger Hauer classic, The Hitcher. Halsey picked up a hitchhiker and found himself tormented for the rest of the film’s run time. The Hitcher wouldn’t be the first nor certainly the last film to show the potential drawback to picking up a thumbing hitchhiker. Hell, even the notorious trash classic Showgirls begins with the films heroine hitchhiking her way to Vegas, and robbing the driver of his vehicle (though he deserved it). No, generally, picking up a hitcher is a bad idea.

So here, I offer a look back at two films which proved popular in the video era and feature hitchers up to no good. An ideal double bill.

The Nature of the Beast 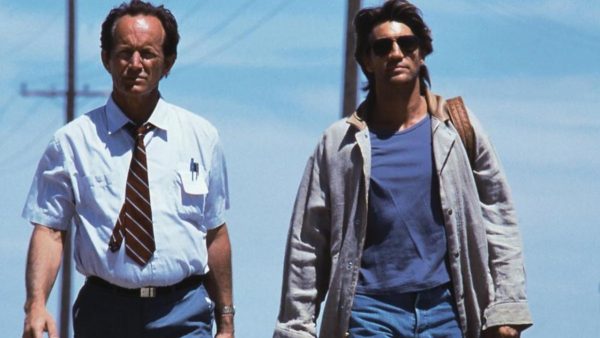 First, take a pair of undoubtedly talented video era stalwarts. Sure these guys had higher profile films than this during their career and graced the big screen plenty of times, but Eric Roberts and Lance Henriksen soon became synonymous with direct to video films (Roberts particularly). The Nature of the Beast has Henriksen as a seemingly mild mannered salesman who can’t shake off a hitchhiker played by Roberts. Both men keep their cards close to their chest, whilst the news is filled with reports about a serial killer known as The Hatchet Man who seems to strike close to every vicinity the pair pass through. Meanwhile there’s also the news that a Casino has been ripped off.

Produced by New Line, direct to video, the film probably exceeds expectations for this kind of genre, but perhaps not so when you consider how good the two leads are capable of being. Henriksen has always been a great character actor and a particularly reliable villain. As for Roberts, whilst he’s found himself pounding out roles that seem as if he’s releasing a film a week, at one time he was an actor gathering plenty of hype. It might be easy to forget that he’s an Oscar nominee and three time Golden Globe nominee. 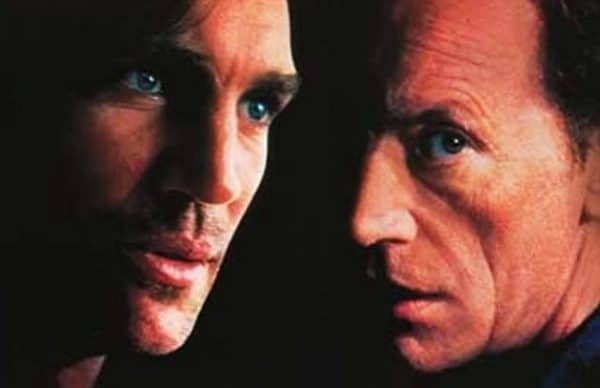 There are enough surprises in the film to keep it engaging as an almost Hitchcockian twister crossed with a bit of B movie pulp. The less said about infamous director Victor Salva the better, but there’s a production line of great work within this film, from its photography to its music. It’s an enjoyable film that marks a perfect formula for what a DTV thriller should be. In the best possible way it’s one of those 1am specials that keeps you up into the small hours. Much of the films success though, is undoubtedly down to having Henriksen and Roberts on board and more importantly, in fine fettle. It’s a poker play between two enigmatic characters that is always engaging. 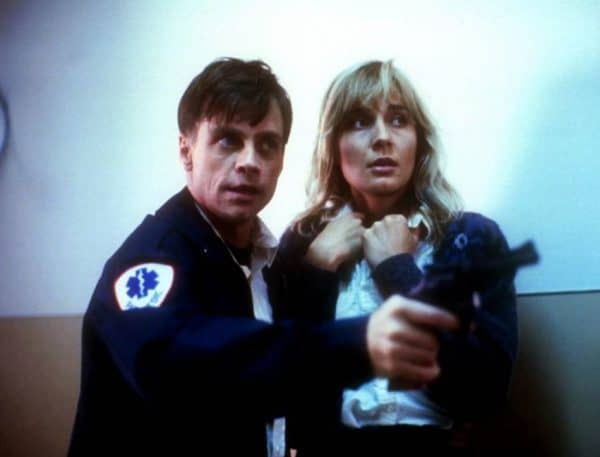 Take the American Ninja and pit him against Luke Skywalker. That’s the bass line that lends this merry tune a solid beat throughout. A late era Cannon film that encapsulated their slow death and dive into the video era in their post Golan and Globus split form. Here, one time new big thing (as launched by Cannon) Michael Dudikoff offers the requisite presence and charisma as our film’s hero. Dudikoff was always a little underrated, and whilst his calling card will forever be the American Ninja franchise, the truth is he was actually better than those films (but rarely got a chance to prove it). In comparison to a few of the video era action stars, Dudikoff had more acting chops and certainly an easier charisma.

Midnight Ride certainly entertains as a late night video thriller, the kind of thing you’d catch on cable and find yourself comfortably hooked in. Much of that rests on the presence of Dudikoff but the film also has another ace up its sleeve. It’s got Mark Hamill, Luke Skywalker himself, as the villain. Hamill would spend the 90’s becoming progressively known as an exceptional voiceover villain (not limited to playing The Joker). Whilst Hamill, not too far removed from his lightsaber wielding days when this came out, might have expected greater things as a leading light, it certainly feels like a coup having him in this kind of film. Hamill, as an escaped mental patient who hitches a lift and abducts the driver, has a lot of fun. He unleashes the crazy and lets just say there’s no danger of him undercooking this role. He goes all out but it’s enjoyable. 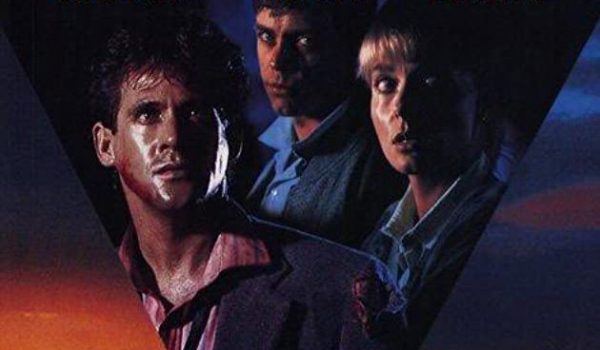 It’s not high art and it certainly has something of an inconsistent Cannon stamp on, but with efficient direction (Bob Bralver), a good pace and an immediacy that keeps us gripped, Midnight Ride proves a lot of fun. For Dudikoff and Cannon, there’d be a few more collaborations before the company fizzled out entirely, and only Rescue Me proved worthwhile as a viewing experience in their Mk2 form.