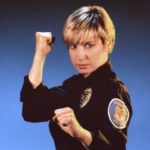 Tom Jolliffe continues his look back at 90’s video action stars (read the first part here)…  As I continue on with my 90’s action rampage, revisiting those VHS purveyors of fisticuffs and footicuffs (footicuffs?), I find myself already suffering brain degradation. Some films I revisit have blurred in my memory and re-watching only confirms what […]

Icon Film Distribution has announced the February UK DVD release of Navy SEALS vs Zombies, which does exactly what it says on the tin as America’s elite special forces unit goes up against the walking dead. Eighties action legend Michael Dudikoff (American Ninja, Olympus Has Fallen) stars as Commander Sheer, the leader of a crack […]