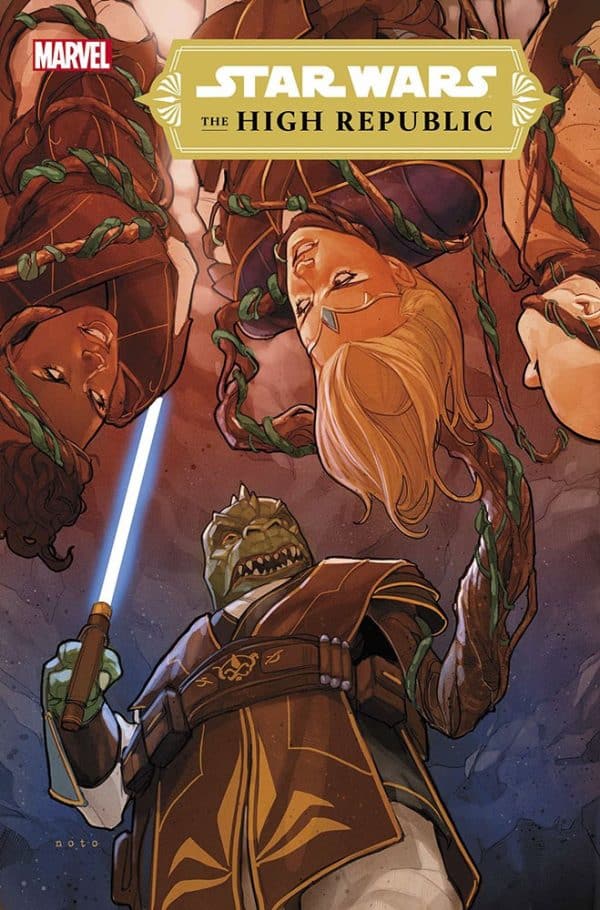 THE JEDI TURNED AGAINST EACH OTHER?! AVAR KRISS and her band of brave JEDI helpless in the clutches of a traitor in their midst. STARLIGHT BEACON under attack from an insidious foe. Danger from an age-old enemy. Who is really pulling the strings on the distant planet of SEDRI? Plus: The secret history of the terrifying DRENGIR revealed. 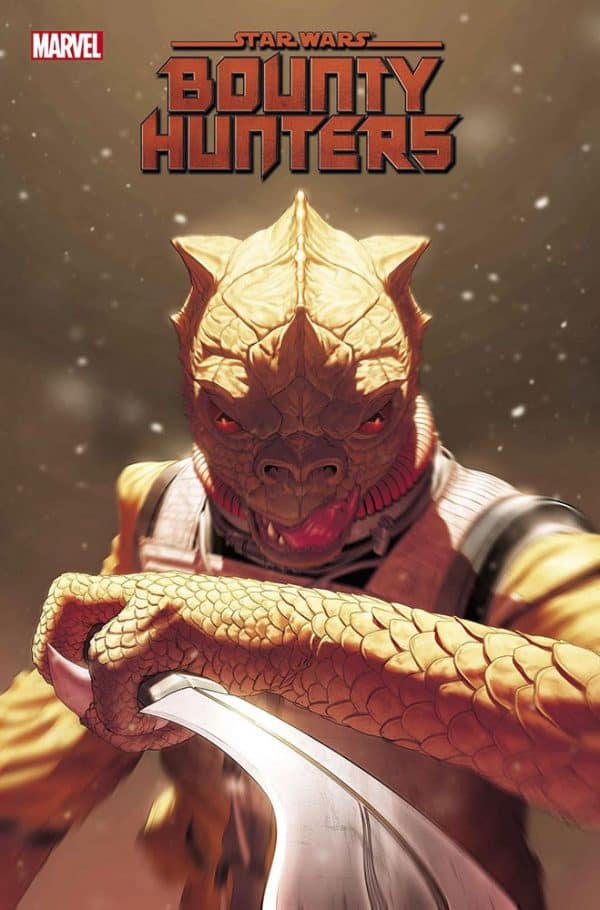 THE GREAT HUNT OF MALASTARE! BOSSK awakens to find himself as the hunted instead of the hunter on the forest planet of MALASTARE. But who is the mysterious figure behind the hunting party stalking the infamous TRANDOSHAN? A special solo adventure starring the most savage bounty hunter of all! 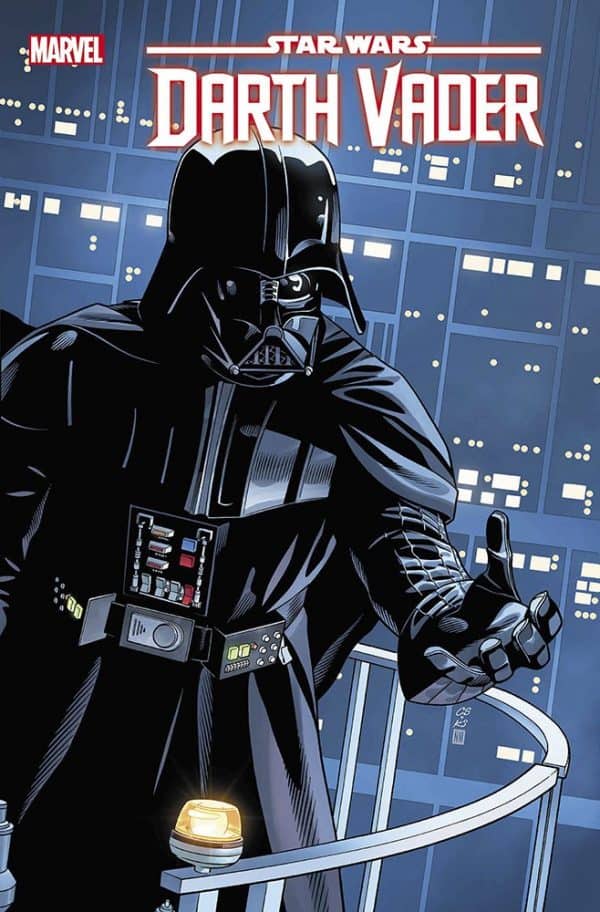 EXEGOL UNLEASHED! As punishment for his rebellion, DARTH VADER was broken by THE EMPEROR, his limbs shattered, forbidden to use THE FORCE. But after surviving OCHI OF BESTOON, THE EYE OF WEBBISH BOGG and the horrors of THE RED NEBULA, Vader stands on the verge of uncovering the Emperor’s greatest secrets. But will the revelations on EXEGOL empower Vader — or his master? And what new doom awaits LUKE SKYWALKER as a result? 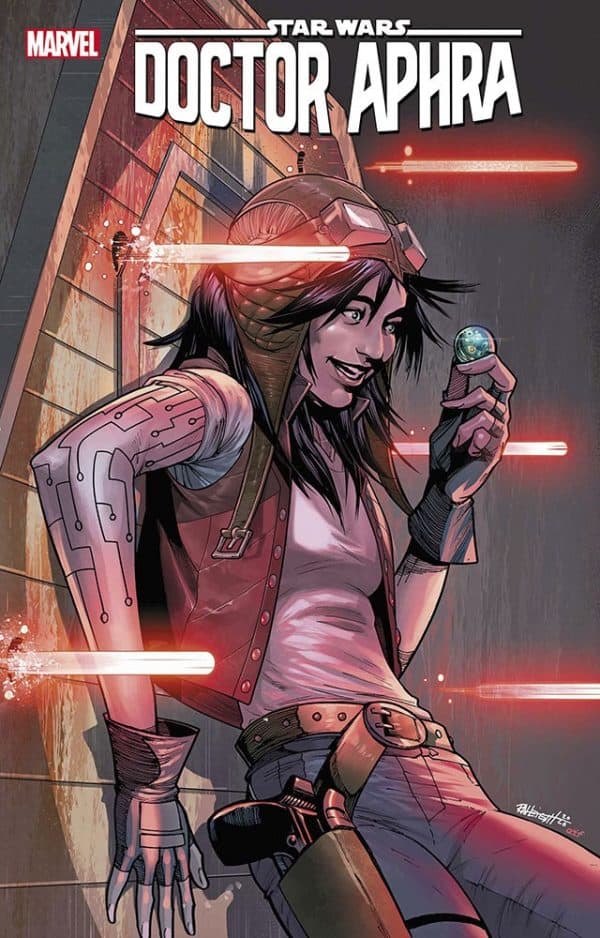 LOST TECH! CRIME SYNDICATES! ASSASSINS! DOCTOR APHRA and SANA STARROS’ search for the NIHIL HYPERDRIVE gets deadlier as GENERAL VUKORAH and THE UNBROKEN CLAN enter the race for possession! What powerful secrets of the HIGH REPUBLIC era could the lost technology hide? Meanwhile, JUST LUCKY and an old flame are forced to work together — and walk straight into an ambush! 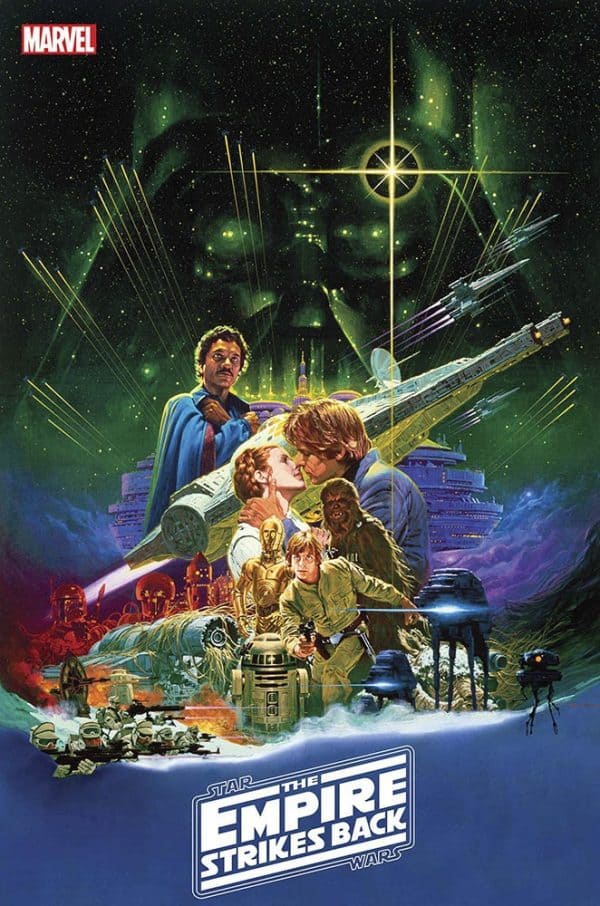 STAR WARS: THE EMPIRE STRIKES BACK — THE 40TH ANNIVERSARY COVERS BY CHRIS SPROUSE #1

You’ve never seen Empire quite like this! To celebrate the 40th anniversary of one of the all-time great cinematic sequels, Marvel asked enthusiastic artist Chris Sprouse (BLACK PANTHER, THORS) to retell The Empire Strikes Back in a stunning series of variant covers! Month by month, across multiple Star Wars series, the film’s unforgettable moments played out through Sprouse’s exquisite artwork. Now the whole story of the resurgent Empire targeting the Rebel Alliance’s icy base on Hoth — and every momentous event that follows — is collected in a single celebratory issue! Bounty hunters target Han Solo! Luke Skywalker seeks out Jedi Master Yoda! Feelings run high between Han and Leia! And as the battle begins for Skywalker’s soul, will his fear lead to anger, hate and the Dark Side?